Identified as an amazon, woman valour and pathfinder of rare breed; Mrs. Jane Obozele; the Founder and Executive Director of Charity Care Foundation is a manifestation of a hybrid cultural upbringing which has directly and greatly influenced her antecedents.

Driven by passion and determination to harness the potentials of women, while also exploring their capacity to lead an army of achievers in addressing some of the challenges bedevilling the Nigerian society through charity and volunteer work, she created the Miss Charity Ambassador Pageant.

Since its inception in 2014 as a trademark of Charity Ambassador Care Foundation, the Pageant has succeeded in turning her passion into a beckon of hope, riding on the crest of the desire for a qualitative event to redefine pageantry with impact on communities and the society at large, even up to making global impact.

In a recent chat with her,  Jane Obozele informed that the Miss Charity Ambassador Pageant is designed to raise confident, elegant and inspirational women who would use the power of their inner strength and character to galvanize a large army of stakeholders to alleviate the sufferings of the less privileged across different parts of Nigeria.

She further hinted that the contest is not just about the funfair of crowning beauty queens, but a platform aimed at discovering and encouraging talented female youths in Nigeria to participate effectively in championing charity campaigns and development in Nigeria adding that it also helps to provide a unique platform that celebrates/showcases our rich cultural heritage.

As a basic requirement, according to her, the contestants selected from all parts of the country for the prestigious crown must champion a social issue that is important to her, which must meet the need of humanity.

“Our pageant is built on the understanding that women are the catalyst to national development, thus the need to create such a platform whose mandate amongst others is to build confidence, inspire hope, empower through entrepreneurship skills and groom women into agents of social and economic change”, she explained.

Another area, which fires up her passion, is the prevalence of political, social and communal crisis around the country today and the disheartening wave of insurgency/militancy. “There is no better time other than now to spread and propagate the consciousness of sustainable peace within our society”, she expressed.

Consequently, the charismatic social reforms advocate hopes to engage government and stakeholders in Nigeria to seek a participatory and complimentary attitude in galvanizing the interest of the youths and strategically re-channel them to national pursuits that will culminate in development and cultural recovery in a bid to address the burning issue of segregation and fundamentalism.

“To build peace that leads to development, it is necessary to have mutual understanding and tolerance between cultures. If people accept cultural diversity and understand cultures other than their own, it will contribute to the prevention of conflict, building of peace and development. Hence, cultural diversity in Nigeria should be seen as an asset rather than a burden,” Mrs. Obozele remarked.

Continuing, the light-Skinned Ex-Beauty Queen observed that with an estimated population of over 130 million and over 250 ethnic nationalities, Nigeria ranks the most populous country in black Africa. Accordingly, for her, the important part of sustainable peace is cultural diversity.

“The emergence of differing culture and maintenance of cultural diversity has raised the possibility of the human race to adapt to environmental change in the future. Furthermore, in order for culture itself to retain its creativity and vitality, the existence of other cultures is a must. New ideas are born from other cultures, and the source of cultural creativity lies within constant encounters between different cultures.

“Therefore, the determination to improve cultural dialogue and integration and empower same through concerted developmental efforts stands in good stead to be effortlessly actualized when the Citizenry is fully incorporated into the vision.

“This is because, the moment the citizens are sufficiently educated about the essence of and the philosophy behind Nigeria’s rich cultural diversity, it is easier for the different segments of the complexity that Nigeria is, to now unify and decide to live in peace, harmony, equality and respect for equity, social justice and practice democracy the way it should be,” she asserted.

Humanitarian concluded by affirming that one of the fundamental objectives of state policy is to promote our cultural values. According to her, to promote cultural values one has to create the enabling environment for the proper promotions of the different cultural activities that we find Nigeria.

The innovative, assiduous and focused Jane, who has in view a Masters Degree in Business Administration and married with children, has no doubt made a success of her passion, interest, zeal and home front.

One thought on “JANE OBOZELE: – Spurred By Passion”

Fri Feb 19 , 2021
388 By Wlliam Ikhianosimhe Orbih.   Baba Fela just won—or is on the route to winning some insignificant music bs. Pardon my not wanting to have anything to do with the details. I would just say it is an induction to some Rock and Roll hall of fame, in case […] 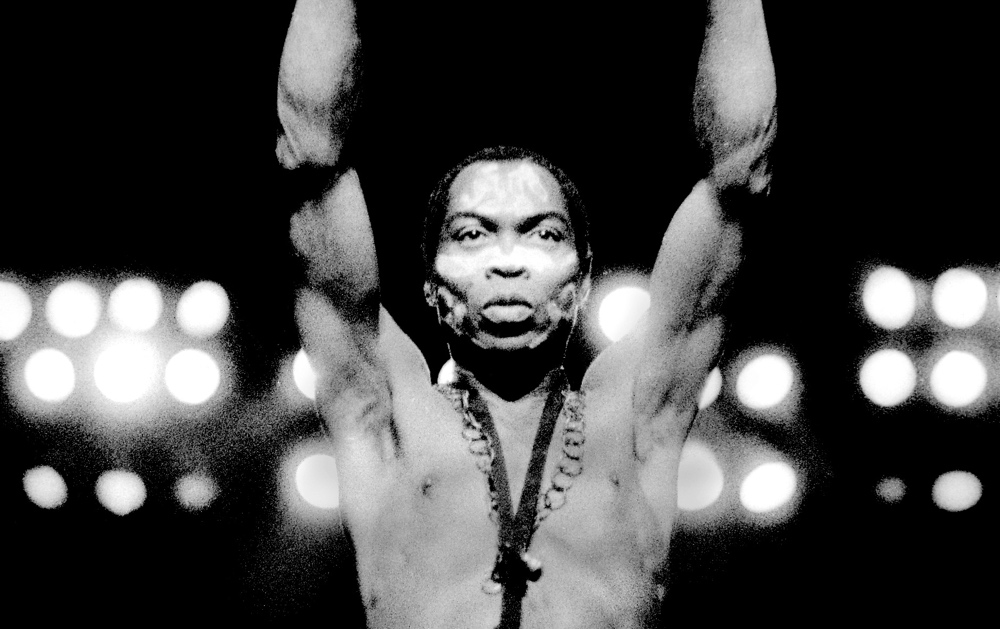