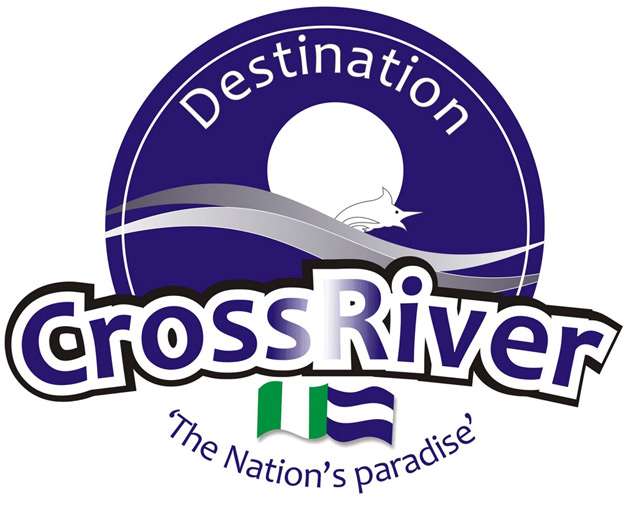 Governor Ben Ayade in more ways than one, has taken a bold step in defining the developmental roadmap for Cross River state as the ‘Nation’s paradise’. His succession calls for a prudent manager of resources, an administrator of proven track record and a level headed politician.

Perceptibly, the state has had more than its fair share of political controversies and litigations that should not continue in the future. There is indeed a big and urgent task to be accomplished for a greater Cross River state.

Therefore, the focus at this critical juncture should be on how the 2023 electoral process can throw up the best kind of leader for the task of putting the people first in the resource mobilization and allocation for enhanced development of the state.

The unfolding political equation in Cross River is as fascinating as it is worrying. This is because of the waiting game the APC and other parties in opposition are playing. The APC is waiting and watching with keen interest to see if there can be any miscalculation on the part of the PDP with respect to the emergence of a gubernatorial flag bearer. Any miscalculation on the part of any political party can turn out to be more expensive for it than ever imagined.

The crucial question at this stage is what will constitute a miscalculation on the part of any political party in the state? Without being evasive, the most striking will be to pick a candidate outside the Southern Senatorial District of the state.

Again, Cross Riverians want a grassroot governor who is at home with the people and the environment and is readily accessible to the people. The political parties will also do well to watch out for politicians with baggage of liabilities, litigations and EFCC invitations as unlikely election winners.

Miscalculation on the part of any party can also be the investment of its ticket on a politician who has been known to serially abuse the public trust and collective confidence bestowed on him/her. Cross Riverians, as democrats will have several ways of kicking against any form of imposition of unpopular leadership that will owe its legitimacy to any other power source outside the people.

2023 would be the time for Cross River state to make a resounding statement to the rest of the country on a democratic process of leadership emergence. Imposition is out of it while character and content of aspiration are critical for public evaluation.

Born in the early 80s, he is a young man who has tasted the pains of maybe, not eating three times in a day like every other and most Nigerian child who was born and bred with no golden spoon. He has also tasted wealth out of hard work, the undying and unconquering spirit of the Nigerian child and above all, through the unmerited Grace and unlimited Favor of God.

Currently, Engr. Ben Etim Akak is the Chairman/CEO Bengies Group of Companies that has interest in Real Estate, Construction, Oil/Gas and the entertainment industries. He has built businesses from scratch to stardom most of which are located in Cross River State, such as, Bengies Bakeries and others, having over 700 Cross Riverians on payroll as workers.

Two years after his graduation from the University, 2004 to be precise, he and others formed the Margaret Ekpo Foundation where he was made the Executive Secretary, and his duties included amongst others; the coordination of the other arms of the Foundation, Board of Trustees and day to day running of the Foundation to deliver on the mandate of meeting the needs of the needy, protecting the rights of women, the girl-child and other vulnerable children within our society.

Engr. Akak has also worked and headed different companies and groups such as, Czer Continental Services Limited where he was the Executive Chairman from 2009 to 2015; M.O.E Resource Enterprise where he was incharge of General Adminstration/Bussiness Development and later Consultant Oil Palm Development and Marketing.

Engr. Ben Etim Akak’s desire and quest to see a developed Cross River State in particular, and Nigeria in general, has seen him in most times volunteer his knowledge, wealth and everything in him for the betterment of the society. He is versatile with huge coverage, exposure and experience in corporate governance.

As have been noticed about him in several fora, he believes that until Cross River State is administered like a business where the CEO of the business understands the pains in loosing and the gains in winning, Cross River State may not survive the next 10 years.

To him, having known the current level of debt, both external and internal that Cross River State is into now, there is need to search for Cross Riverians with technical minds wherever they may be to see how together they can divest the state’s interest from borrowing and concentrate more on utilizing waste water resources through the state’s bodies of water and take advantage of the fact that it is a border State.

Also, he is worried that while other border States like Lagos, Ogun and some others are having thriving economies that have created Jobs for the unemployed in those states, the Mfum border is dormant.

Again, Engr. Ben Akak has faith in collaborative development of Cross River State where everyone one and idea matters. He trusts that job employment, sound education through the provision of basic and improved teaching tools in schools, a systematic shift to mechanized Agriculture for improved food production and urgent basic infrastructural development is what Cross River needs to reduce crime and insecurity in the State.

At the heart of his strategy for development is wealth creation. He contemplates that government if handled with the right attitude and purposeful leadership will perform optimally. Thus, his development narratives is premised on the tenets that an efficient government is possible and can provide an industrialized economy with full employment, price stability, high output and net export.

It cannot be gainsaid nor overemphasized that Industrialization is fundamental to the quest of devising a means to supporting small scale businesses in Cross River State owned by natives  and the thrive to reduce youths dependability on white Collar jobs alone, which has created the impression that Cross River State is a civil service State.

This approach, according to Akak, will enable the setting up of Cottage Industries in all the L.G.As in the State, leading to job creations for the youths and women via skills acquisition and empowerment, thereby making them self-reliant and employers of labour. This could be captured with a greater framework that is inclusive and comprehensive.

More so, Engr. Akak relies on the deployment of agricultural revolution, the creation and merger of an industrial base to serve as catalyst for an African economic hub in Cross River State and takeoff point for the Nigerian project.

His vision is to see how Cross River State can encourage natives to go into large scale fishing business on the water ways with fishing trolls that will create multiple chain of businesses and create employment for our youths.

Hence, Akak’s inclusive economic development model is a platform that seeks to reinvent government as critical site and realm in production, distribution, exchange and consumption in the economic sphere.

Undoubtedly, his governance developmentalism strategy is positioned to make government as fountain of mobilizing resource towards effective competition and building of a comparative advantage economy.

Broadly, the thrust of his developmental and infrastructural model is anchored on the principle of Public – Private Partnership (PPP), with a vision to create a deliberate distribution and redistribution of projects that is inclusive, comprehensive and entrenches its core foundation on mass participation, grass-root involvement and passionate commitment.

On the one hand, his economic model is built as a bottom-up approach from the grass-root to get communities economically viable to increase Internally Generated Revenue (IGR) and stimulate the economy.

This is a hybrid cluster of home grown community economic model that will mobilize equal opportunity for all to create an import substitution framework in conserving and generating wealth.

In doing this, as he pointed out, the community will own the process and gains of the model with the State acting as facilitator. This brand of development will only focus on developing and articulating all sectors of the economy, in order to harmonize and promote circular flow of income to significantly multiply within the economy, leaving little or no opportunity for wastages.

2023 therefore will be another defining historical moment of political realism, of realignments and bridge building to secure a greater Cross River State for the coming generation. Today’s decisions have got far reaching implications for the future both as a people and as a state.

Mon Mar 1 , 2021
519 By Emmanuel Onwubiko.   One general characteristic that marks out Nigeria’s current government is the inability of all the relevant arms of government to be up and doing in the critical area of maintaining global best practices in terms of accountability, probity and transparency in public finance. These qualities […] 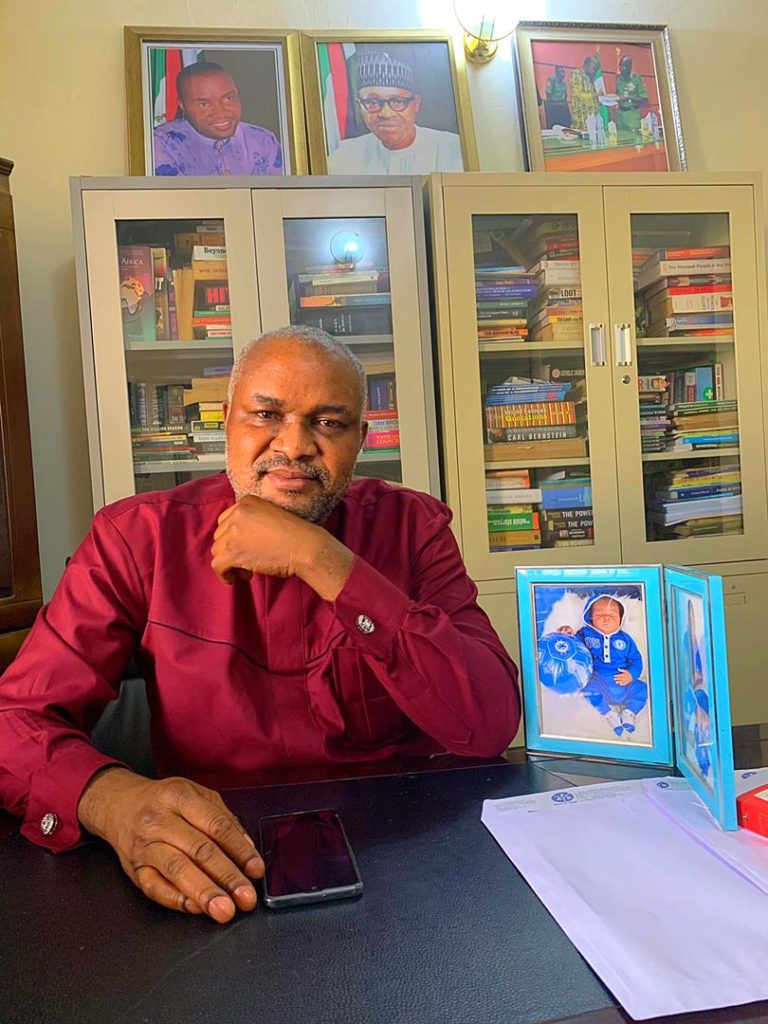