New things are happening at the National Drug Law Enforcement Agency (NDLEA), and suddenly, there’s a throwback to the 1996-1999 Lagos State, when the then Colonel Mohammed Buba Marwa was military administrator.

Marwa took a broom, and swept Lagos almost clean. With Operation Sweep, criminals were given bloody noses, and sent scampering for cover. Roads, which had hitherto become craters, were suddenly fixed. Bitumen, which we had been told didn’t exist, miraculously materialized. Different aspects of life and livelihood were touched, and it became one big pleasure to live in the country’s commercial capital once again.

Now, another Operation Sweep is happening at the NDLEA. President Muhammadu Buhari has unleashed Buba Marwa on the agency, and the bad guys are screaming blue murder. Like a scythe going through wheat, he is just reaping a mighty harvest of hard drugs, the couriers, and some of the barons.

Within six weeks, what Marwa has done makes you proud of the President who appointed him, and of the man himself who remains ever a faithful and efficient steward. From places where he served, military governor under Ibrahim Babangida in Borno State, military administrator in Lagos under Sani Abacha, High Commissioner in South Africa under Umaru Yar’Adua/Goodluck Jonathan, Marwa just reminds you of what Professor Ishaq Oloyede is doing at the Joint Admissions and Matriculation Board (JAMB) now, Hamid Ali at the Nigeria Customs Service, Hadiza Bala at the Nigerian Ports Authority, among others. Marwa is simply making conquests, and kindling the joy kiln in our hearts.

See strides in only about six weeks: over 60 billion naira worth of hard drug seizures, with the biggest being 233, 000 kg of cannabis in an Edo community. It’s the largest in the history of the agency.

Now, pause for a moment and think. Consider the nexus between hard drugs and criminality. Insurgents, bandits, kidnappers, armed robbers, rapists, ritual murderers, do all these heinous crimes under the influence of psychotropic substances.

What if those humongous kilograms of drugs had melted into society, whether within or outside the country? Do you know the number of young men, whose lives would be destroyed, homes thrown into sorrow, families broken? May we have more of Marwas on the prowl, cleaning up society, and ridding it of vermin, Amen, somebody!

The retired military officer is not just chasing and dealing the bad guys a bad hand; he is equally retooling the agency within and outside. A committee has been set up to clear backlog of promotions. This would encourage the officers and men. A bi-monthly assessment is being done, and cash awards instituted for best NDLEA Commands, advocacy visits to other agencies of government, the media, and civil society groups, are taking place, and so on. Marwa is surely firing on all cylinders.

On our first official visit to the United States of America in 2015, I remember the then President Barack Obama saying President Buhari came to his assignment with a large dose of integrity and reputation. The same with Marwa. He came to the job well prepared.

He had headed PACEDA, Presidential Advisory Committee for the Elimination of Drug Abuse, so he knew the enormity of the drug problem. He had studied it, seen the havoc it wreaks on lives and society, so he came smoking. It was time to exact revenge on drugs and drug barons. No wonder he hit the ground running.

There’s nothing as good as having round pegs in round holes. The Oloyedes of JAMB, Hamid Ali of Customs, Hadiza Bala of NPA, Marwas of NDLEA, and many others. Nigeria has a surfeit of such. Just identify, and use them appropriately, as President Buhari is doing. And our country would make it. We would be proud, and give our best to the land.

I can only say to those bad guys dealing in drugs and destroying the fabric of society: Egungun be careful, na express you dey go. Shine your eyes well well. Buba Marwa is in town, lest you soon find yourself where you don’t like.

Fri Mar 26 , 2021
1,207 Our Reporter.   The Executive Director, Center for Peace Advocacy and Sustainable Development (CEPASDAfrica) and President African Transformer Institute (ATI); Igweshi Augustine has charged government at all levels to establish more measure to further cushion the impact of Covid19 on African youths Mr. Igweshi made this charge not too […] 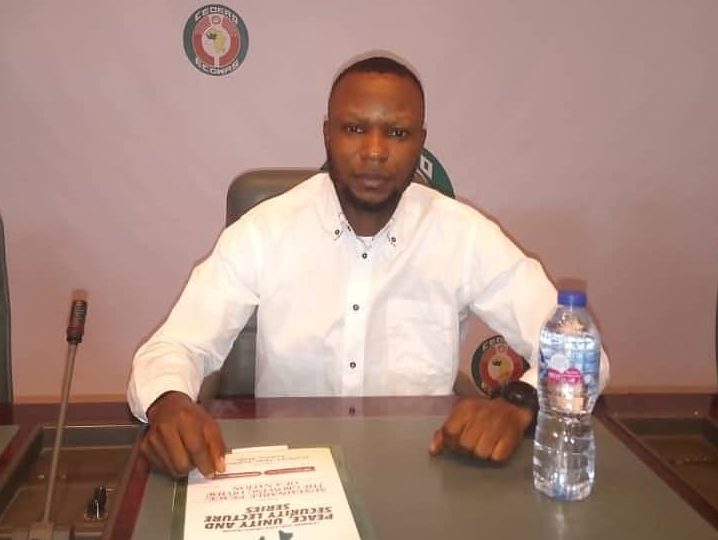