Undoubtedly, the position of a state governor comes with a lot of responsibilities and considerable global wide influences given the fact that the bulk of developmental strides that shapes the overall economy of the over 160 million strong nation lies squarely with how well these 36 state governors are able to pilot the affairs of their respective states.

Again, given that under the extant constitution of the Federal Republic of Nigeria, State Governors are afforded lots of independent and interdependent privileges and federalist powers to determine what programs and projects to embark upon; the position of a state governor to a large extent is a major platform for such a holder to put in place measures to ameliorate the sufferings of the majority of Nigerians who are impoverished and economically weak.

Provoked by this, a group of young professionals of Imo state extraction from all works of life and spread all over the world under the aegis of Imo Young Professionals (IYP), with the intent to push a positive agenda and drive development in Imo State has berated the Senator Hope Uzodimma-led administration over what it described as the “rule of the jungle”.

In a ‘Text of a Press Conference’ released after a Press Conference convened in Abuja, Nigeria recently and signed the Lead Convener; Mr. Chrys Chigere Anyanwu, IYP lamented: “Since the 14th day of January, 2020 the Supreme Court decided the Imo State Governorship election matter in favour of the incumbent Senator Hope Uzodimma, Ndi Imo had ordinarily expected that due to the circumstances of his assumption of office, the Governor would have really dedicated his time in office to the people and for their security and welfare”.

Decrying the spate of insecurity in the state, IYP revealed that under Uzodinma’s watch, there have been general sense of civil unrest in the state, alleged politically motivated assassinations and the government seems to be unconcerned just as they added that many police stations have also been loothed.

“Regrettably, all these are not troubling enough for the government of Imo State. Instead, the priority for the governor is at inviting the military to intimidate, kill and terrorise innocent people he is meant to protect, all in the name of searching for ESN members.

“We have continuously asked, whose interest is the governor serving by ordering the bombing of his own people largely made up of women and children and destroying their farmlands, houses and hard earned property most of who only manage to eke out a living from the harsh economic condition that the state subjected them to.

“As we speak, no inquiry to the best of our knowledge or any form of investigation has been set up to audit exactly what transpired during that ugly incident let alone compensation of victim”, IYP berated.

Furthermore, IYP highlighted unemployment, infrastructural negligence, workers/ pensioners’ welfare, lack of transparency, accountability in the use of state IGR and federal allocation, total collapse of education in the state, the priority for politics against governance as the bane of the Hope Uzodinma’s one year in office as the governor of Imo State.

“However, Ndi Imo have watched for 14 months out of the 48 possible months in the first term of the ongoing 4 year administration and have also seen the activities that marked the one year in office of the Governor wherein many dignitaries graced the occasion and also analyzed the projects done in the State within the said period juxtaposed with the aggregate income of the state including the federal allocations, internally generated revenue (IGR), 13% derivation, loans/grants, ecological funds, etc”, IYP explained.

Therefore, the Group called on the entire leadership of the state and other stakeholders, including representatives at the national and state assemblies, traditional authorities, etc in the state to quickly sit up.

“We are specifically calling on His Excellency, the governor of Imo state, Senator Hope Uzodimma to urgently commence the process of governance in the state. In our opinion, what is happening in the state currently can best be described as the ‘rule of the jungle’.

“The governor must know that ‘Douglas House’ is no entitlement and governorship of the state is not an award rather a serious responsibility and must be approached with all the seriousness it deserves”.

Conclusively, Imo Young Professionals pledged its commitment to continue advance its patriotic contributions to getting Imo state on its feet. “We are certainly not one of those armchair critics. We are ready to provide our professional support to ensure good governance in the state.

“We shall equally applaud our Governor when he deserves to be applauded but not to join the band wagon and sing his praises today in anticipation of pecks and condemn him tomorrow when he leaves office.

“Governor Rochas Okorocha was praised to the high heavens by the same voices that now condemn him. This attitude is the bane of our development in Imo State and we shall discourage it.

“Fact based criticism and commendation will be our focus. There is no better time to join the mission to salvage Imo. We urge all young professionals of Imo origin to join us and save our State”.

Tue Mar 30 , 2021
1,286 By HURIWA.   “The continuous patronage of foreign medical services by President Muhammadu Buhari and members of his immediate family is a categorical message that the president; Muhammadu Buhari may be unwilling to bequeath enduring and sustainable legacies in the areas of building enduring and strategic health infrastructures which […] 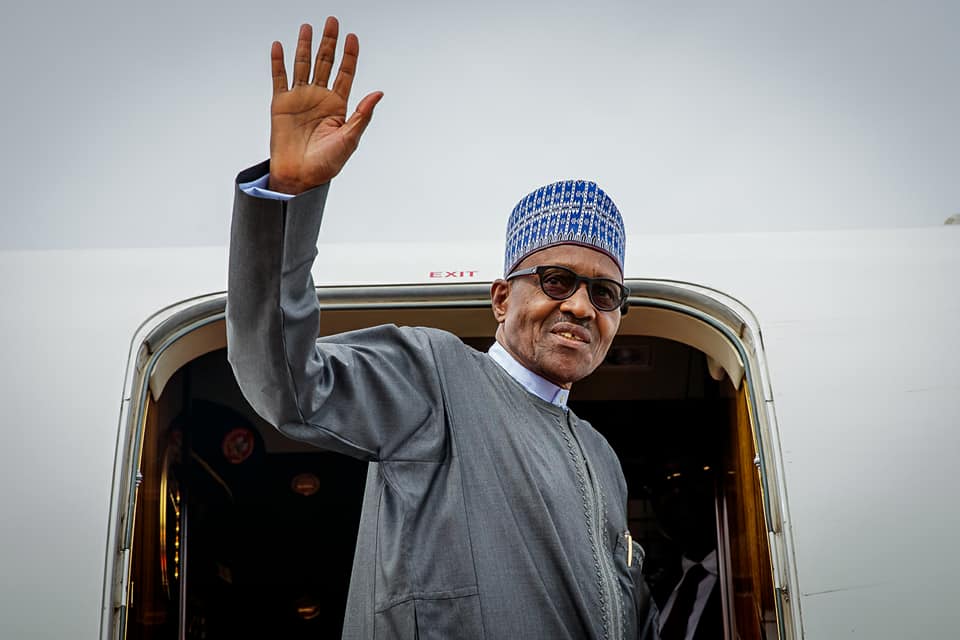