Still dandling upon my mother’s laps, I first heard the poem: “Fulani Cattle” by J.P Clark. I fell hopelessly in love with it from the very first moment I heard it. It was from my mum. She used to know the whole piece by heart and always loved to make a show of it as well as the fact that she was taught English Literature in Secondary School by the late Nigerian actor, Ignis Ekwe. Well, I don’t think she still remembers the piece from memory. I asked her about it recently, and all she could mutter were the first few lines.

Who can blame her? She is no longer young, and besides, she is now a retired teacher. She retired meritoriously after nearly four decades of dedicated primary school teaching. Now she cares about nothing other than Jesus, and the only poem she now loves to sing are poems in praise of Jesus—Divine Mercy.

While Clark’s poem and I was a case of love at first sight, I never could memorize it beyond the first three lines:

Each time I come across the wake

It was too advanced and too sophisticated for me. I didn’t have the slightest clue about the meaning of the lines. They were just like pretty music to my ears. These first four lines were, however, more than enough for me. They were enough for me to feel what Clark felt, especially the minutest detail of his contrition whenever he chanced upon the most beautiful clan of Fulani cattle herders “undulating in agony.”

I would always recall these lines whenever I, too, chanced upon Cattle herders and the majestic cattle they took care of. And it wasn’t always so clear to me whether they undulated in agony or in the majesty of contentment, or perhaps in the mysterious courage that so amazed Clarke.

It was always a beautiful experience. At first, I was always so scared to go close to the animals. The gigantic animals scared the hell out of me until one day; one of the herders assured me that there was absolutely no reason to be afraid at all.

He practically taught me the difference between the innocent and harmless cow and the bull, usually few in the herd, which can be occasionally aggressive. One day he took my hand, placed it on one of the cows, and said to me: ‘they are cows, not dogs, they don’t bite.’

In case anyone reading this piece is surprised, I, too, was, at first. Then he explained, surprised that I was surprised: “I go to school na- I am in SS3 now.” Well, come to think of it, I was very stupid to be surprised. When he told me his name, it immediately dawned on me that I have a classmate by that name at the Seminary then, Rabo Ayuba, who is also Fulani.

This was over fifteen years ago, which has now become something akin to the proverbial good old days. I have recently had to ask myself if I would still be comfortable strolling with Fulani herders today. So much water has passed under the bridge in recent Nigerian history. Herders/Farmers clashes in virtually every state in the middle belt, which has led to the death of many innocent people, have intensified these past years.

The APC-led government is more interested in insisting that the clashes started during the previous PDP-led dispensation than it is in seeking a lasting solution to the menace. Recently, there was an attack on the Benue State Governor, Samuel Ortom. A “Fulani” Militia group immediately took responsibility and is threatening to assassinate him soon. Government is silent.

While it will be inaccurate to suggest that the Fulani tribe has a monopoly of crime in Nigeria, in today’s Nigeria, criminals of the Fulani extraction seem to have more audacity than criminals from the other tribes. No doubt, this might be a very hasty generalization, and I apologize in advance if it is.

But it will be difficult to convince me that the sheer audacity of Fulani herders invading farmlands and destroying crops, which has intensified in the past few years, is not unconnected to the fact that a Fulani man is the present president of Nigeria.

Perhaps not just the fact that the president is Fulani, but also that he is often mute to the despicable development in the country and only suddenly finds voice whenever his kinsmen and women are attacked or threatened.

I don’t want to see Buhari’s government as nepotic, but I think his body language gives Fulani a bad name and generates a lot of anti-Fulani rhetoric in different parts of the country right now. So, also are comments such as the one recently made by one Hon Aishatu Dukku implying that God has created the Fulani herder to value the life of his cattle more than his own life. This is certainly not true and is a gross misrepresentation of the humanity of Fulani.

Like every other human being, created in God’s image and likeness, Fulani herders instinctively know the inestimable value of human life. Recourse to violence is a human deterioration and never a basic instinct. As South African Archbishop Desmond Tutu notes, God has made all of us, both the Fulani and the non-Fulani alike, for goodness. According to him, just as God is goodness itself, “we too are fundamentally good.”

Fulani are intrinsically good people. While the long history of bad governance might have forced many Nigerians, Fulani and non-Fulani alike, this does not take away the fact that every Nigerian has been created good and made for goodness by God.

After the Rwanda genocide of 1994, the whole world came together and swore ‘never again.’ However, while the world has sworn ‘never again’ to genocide, it often forgets to watch out against the kind of rhetoric that occasioned the Rwanda genocide in the first place. Before over 500 000 Tutsi were killed, they were first called a bad name. They were called cockroaches, and no one challenged the nomenclature. Just like giving a dog a bad name makes it easy to hang it, giving a human being a bad name makes dehumanization easy.

Who are those giving Fulani a bad name? Those who have lied to the killer herdsmen that they “own” Nigeria as well as all the farmlands in Nigeria, those suggesting that Fulani cattle herders prefer their cows to human life, and those promoting any sort of stereotypical view of Fulani. If you belong to any of this category, I beg you in God’s name to stop!

Mon Mar 29 , 2021
1,134 By Kennedy Gbados.   Undoubtedly, the position of a state governor comes with a lot of responsibilities and considerable global wide influences given the fact that the bulk of developmental strides that shapes the overall economy of the over 160 million strong nation lies squarely with how well these […] 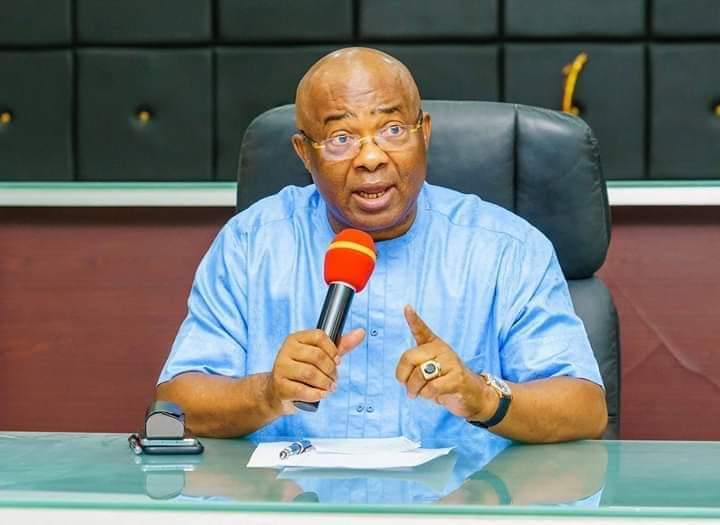