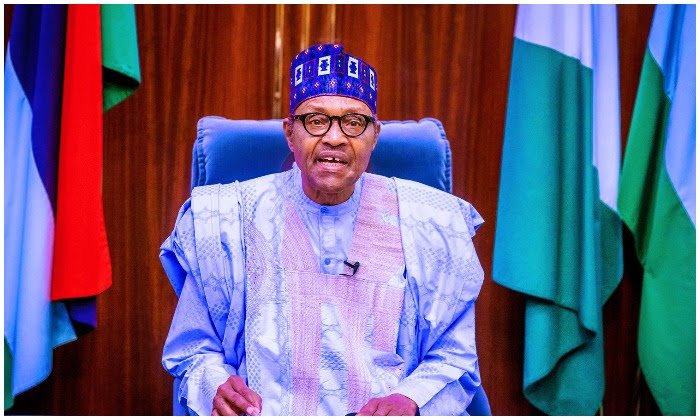 Besides, HUMAN RIGHTS WRITERS ASSOCIATION OF NIGERIA (HURIWA) has raised alarm regarding the violation of the constitutional principle of Federal character principle by the overstayed comptroller General of Customs, retired Army Colonel Hameed Ibrahim Ali in which all the management officers of the so-called Nigerian Customs Service are all Moslem Northerners.

“Reports reaching us from the Nigerian Customs revealed that the Comptroller General of Custom retired Colonel Hameed Ali who has remained in office beyond the expiration of his tenure without any kind of reappointment by his kinsman President Muhammadu Buhari has just promoted and appointed an all Northern Moslems dominated management for what is called in writing as Nigerian Customs Service but which in practice since five years ago has been illegally transformed to Northern Customs Service. These newly elevated officers were reportedly named as follows: DCG Abdullahi Babani – HRD

The Civil Rights Group:- HUMAN RIGHTS WRITERS ASSOCIATION OF NIGERIA (HURIWA) said with the recent rash of top level appointments by the President which fail to reflect the Federal Character principle as provided for by the constitution, the Rights group says it is inconceivable to believe otherwise other than to conclude that President Buhari’s sole agendum is the total Northernization/Islamization of Nigeria which will continue to breed discord, National disharmony, Civil conflicts, instability and insecurity.

The Rights group suggested that may be those controlling the top echelons of governmental positions are executing the agenda of those Conspiracy Theorists in the west who predicted than Nigeria will implode and collapse Soon”.

“Whilst the President has refused to hearken to the voice of reason and has perdured and endured in implementing Pro-Islamic and Pro-Northern Moslem agenda of Scheming out  other Major ethno-religious Communities from commanding positions in the Core Economic Institutions and the defence, the restoration of normalcy, calm, tranquility and stability may take a long time to be achieved beyond 2023”.

“Since 2015, Moslem Northerners have dominated and controlled unconstitutionally all internal Security Portfolios in Customs, Immigration, Civil Defence, Prisons, Police, Army, just as the Nigerian ports Authority, NIMASA, FIRS, Aviation agencies, Accountant General of the Federation are all in the hands of Northern Moslems of either Hausa/Fulani and a sprinkling of Kanuris”.

HURIWA said the President and most of his appointees practicing toxic nepotism and polarizing the fragile unity in Nigeria,  are also in breach of Sections 14(3) and 42(1) of the Nigerian Constitution.

(3)     the composition of the Government of the Federation or any of its agencies and the conduct of its affairs shall be carried out in such a manner as to reflect the federal character of Nigeria and the need to promote national unity, and also to command national loyalty, thereby ensuring that there shall be no predominance of persons from a few States or from a few ethnic or other sectional groups in that Government or in any of its agencies.

42.-(1) a citizen of Nigeria of a particular community, ethnic group, place of origin, sex, religion or political opinion shall not, by reason only that he is such a person

(a) be subjected either expressly by, or in the practical application of, any law in force in Nigeria or any executive or administrative action of the government, to disabilities or restrictions to which citizen of Nigeria of other communities, ethnic groups places of origin, sex, religious or political opinions are not made subject; or

(b) Be accorded either expressly by, or in the practical application of, any law in force in Nigeria or any such executive or administrative action, any privilege or advantage that is not accorded to citizen Nigeria of other Communities, ethnic groups, places of origin, sex, religious or political opinions.

(2) No Citizen of Nigeria shall be subjected to any disability or deprivation merely by reason of the circumstances of his birth.”

HURIWA said that it is dangerously becoming clearer that President Muhammadu Buhari is actively working to destabilize Nigeria through his divisive appointments and policies.

Tinubu, Madmen, And Politics In Nigeria

Sat Apr 10 , 2021
783 By William Ikhianosimhe Orbih.   I am not saying that the much-revered Asiwaju Bola Ahmed Tinubu has gone mad. Rather, I am saying that the recent happenings in Nigeria with him at the center remind me of Ola Rotimi’s play; OUR HUSBAND HAS GONE MADE AGAIN. Simply put, one […] 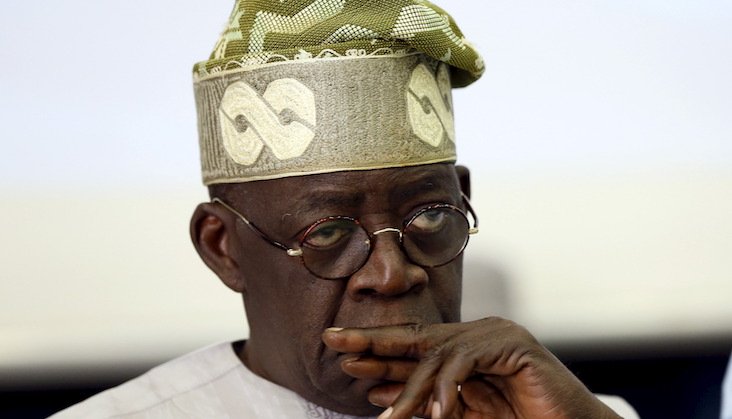