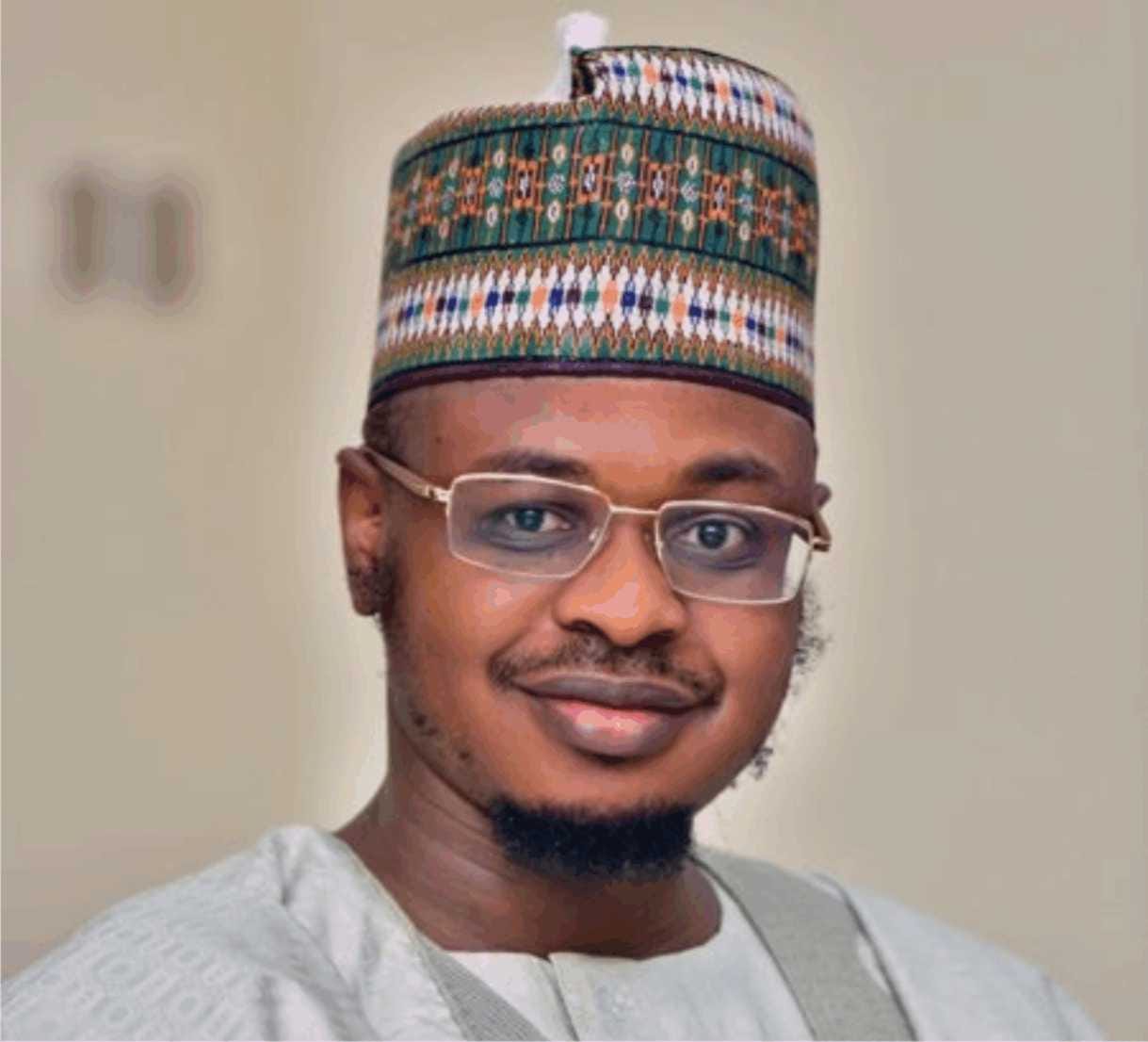 It is the time of reckoning for Nigeria’s Minister of Communication, Isa Pantami, or is it?. In saner climes, he would have resigned already, take off the honorable minister garb, and put on more appropriate clothing as he faces the music.

Rather, he is still speaking and explaining; the entire Ministry of Communication has turned PRO for him, the presidency as well. How does he not know that sympathy for terrorism is one of the unforgivable sins in today’s world?

Garba Shehu argues that Pantami was a young man then, and that he no longer embodies those extreme views. Pantami himself has said that he employs more Christians than Muslims on his staff list.

While that is cheering in a country where religious bigotry and nepotism reigns supreme, it does not obliterate the fact that he, in the aftermath of 9/11, acclaimed the infamous Osama Bin Laden a better Muslim than himself.

However, one interesting thing about the unfolding Pantami saga is the fact that while his support (at least in the past) for Al-Qaeda and the Taliban is established, he has never expressed support for the local terrorist group Boko Haram. How is it possible that Pantami loves foreign demons while caring nothing for local witches? I think I know the reason.

Two years ago, I wrote a paper titled: “Dealing with Haram: An Evaluation of the Objectives, Tactics and Modus Operandi of Boko Haram.” In that paper, I highlighted what makes Boko Haram unique among “Islamic” terrorist organizations. First, we must note that Boko Haram self-identifies with a larger movement in the contemporary Islamic world known as Salafism.

Now, Salafism is not necessarily synonymous with violence. As Abdulbasit Kassim rightly notes, “Salafism is the fastest-growing puritanical brand of Islam that preaches the total rejection of religious innovations [bih’ah] and a return to the observance of Sunni orthodoxy, the literal adherence to Quranic injunctions, the prophet traditions [Sunnah] and the consensus of the pious predecessors [al-salaf al salih] who are revered for learning Islam directly from the Prophet Muhammad and are thus epitomized as the followers of Pristine Islam.”

He, however, distinguished a special form of Salafism, known as Jihadi-Salafism, with an ideological propensity for violent rebellion.” Boko Haram, Al-Qaeda, the Taliban, and the almighty ISIS are examples of the violent version of the Salafism movement.

In fact, we might want to note that before Boko Haram redefined itself as a Jihadi-Salafi movement and declared Jihad on the Nigerian State, it was simply another movement calling for social and political reform using Islamic principles.

In fact, according to Kekilli et al., “from 2002 to 2009 the militants concentrated only on dawah (invitation to Islam).” And even now that Boko Haram has become fully integrated into Jihadi-Salafism, it still maintains its distinctiveness, particularly in its telos. It does not seem to share in the soteriology of groups like ISIS.

It is for this reason that it is not exactly clear what factors must have necessitated Boko Haram’s ideological affiliation with the global jihadi-Salafi movement. Kassim even suggests that this might be nothing other than a survival strategy to attract transnational support from other full-grown jihadi-Salafi groups.

What is clear is that however Boko Haram might be affiliated with these other groups; it has retained its core vision, which is the restoration of the decimated Islamic caliphate in northern Nigeria through Jihad.

Also, we might want to note that there are a lot of intricacies involved in waging jihad. This is because, as Shiraz Maher repeatedly emphasizes, “although jihadist violence is often characterized by nihilistic brutality, it is neither whimsical nor irrational.

Instead, there is a broad framework of laws that govern the rules of jihad, constituting the jus in bello of Islamic war.” It would seem that this tendency to attempt to justify its use of violence is both a ploy to appeal to the larger Muslim community not necessarily in order to gain their acceptance (after all, not to subscribe to their ideology is to be outside the fold of Islam), but more a ploy to gain support and possibly attract new members. In order to do this, they must show themselves as representatives of authentic Islam, even in their most brutal display of violence.

The point, as Maher summarizes, is the fact that “the practicality of waging jihad through terrorism or insurgency poses a number of significant challenges for fighters in the field.” These are the sort of practical issues Boko Haram, as well as all the other groups within the Salafi-Jihadis movement, have to deal with on a daily basis.

These issues have even been known to create dissensions leading to schisms and factions within these groups. This is because while all these groups subscribe to the use of physical struggle in their course, they do not often agree on the intricacies involved.

Some of the specific features of Boko Haram’s jihad that have often been critiqued even within the Salafi-Jihadi movement includes their bombing of public spaces even when aware of the presence of Muslims as well as other ‘protected categories’ in these places as well as their use of children as suicide bombers.

The first has led to internal dissensions within the group; it has been equally reported that Boko Haram’s employment of children as suicide bombers does not go down well with certain other groups within the Salafi-Jihadi movement, such as Al Qaeda. In other words, Boko Haram’s modus operandi is so extreme that other terrorist groups are wary of them.

Boko Haram has, however, continued to fight on while not failing to justify its method with every given broadcast of its leaders and spokespersons. It has continued to define its jihad as self-defense against haram.

Yusuf, former leader of the movement, for instance, consistently described foreign schools and Western education in general as instruments of a systematic war waged against Muslims. In this sense, the jihad waged is defensive jihad- that is, self-defense against the assault of western education.

It turns out that Pantami has also been soft on Boko Haram, expressing shuddering at their being clamped down. Yet, it is important to note that he has never openly supported the ideology or activity of Boko Haram. In fact, Shekau recently placed a fatwa on him.

The question in many people’s minds right now is: how on earth did this guy become a Nigerian Minister in the first place? One Mazi Gburugburu wrote on Twitter: “In serious countries, Isa Pantami’s firing would have been a given and not even debated. The discussion would have been the number of heads that should roll at the DSS, the agency that screened him and failed to spot his dangerous past. But Nigeria is not a serious country.” When will it become one?

It is so shameful that a lot of people are making this a religious issue—another Nigerians versus Islam issue. Islam, as Muslims insist, is a religion of peace. In drumming support for Terrorism, Pantami was not representing Islam.

Finally, I do not think it is right to call Pantami a terrorist. His sympathy was in the context of the West’s clampdown on many predominantly Muslim countries leading to the death and displacement of many innocent Muslims in these countries.

We should never forget the “weapon of mass destruction” rhetoric mouthed by an oil-greedy Bush administration. The West has bloody hands in the creation of the monster called terrorism and the enthusiasm of Muslim leaders saddened by the loss of life of innocent Muslims is quite understandable. Pantami probably no longer embodies those views. But then repentance is a religious category and not a constitutional thing. I rest my case.

Tue Apr 27 , 2021
555 By Emmanuel Onwubiko.   I woke up after a fantastic night rest but my morning wasn’t so romantic. Not with the cacophony of stories of blood, pains and agony that steer me right back in the face as soon as I started my second morning ritual of browsing through […] 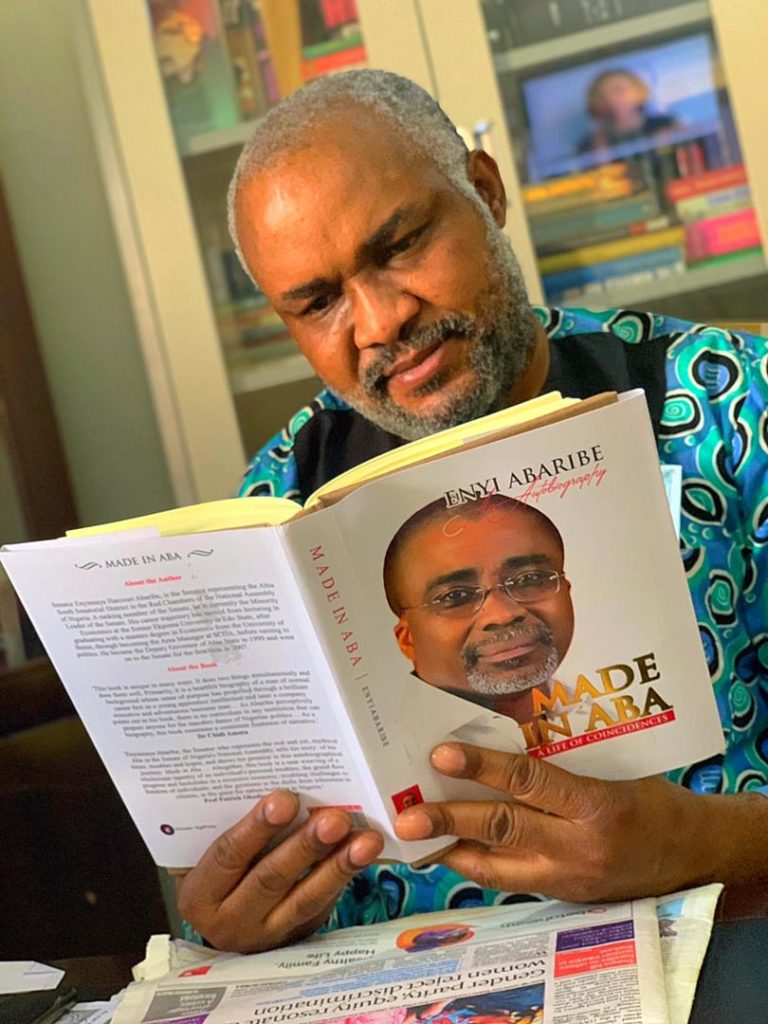