It was about 7:30 am on Wednesday, and all was set for the journey from Abuja to Benin to begin. The fourteen-seater bus was filled with passengers. The much-experienced driver took his position behind the steering wheel. For the past ten years, he has been working for God is Good Motors. Having now traveled the Abuja-Benin route countless times, he knew the route only too well. He turned on the ignition while waiting for the final protocol before hitting the road.

Evangelist James appeared from nowhere. He was very casually dressed; only the giant bible he brandished distinguished him from the many handymen who typically hang around Utako Moto Park making a living out of helping to load the buses. ‘Brethren, let us pray,’ James began, inviting every passenger to commit the trip unto the power and protection of God.

The content of his prayer was mainly all about casting and binding the accident-causing and blood-sucking demons on the highway. “May they not see this bus.” May they not see any of our blood to suck. May they be sentenced to the deepest recess of hell. Safety is your portion,” he declared, as the majority of the passenger screamed, “Amen” after each prayer point. Before Evangelist James came down, many passengers thrust money into his palm to support his ministry. He was full of smiles. The journey to Benin began in earnest.

Kemi came home from the hospital with a bouncing baby boy. Nine months of pregnancy ended in praise, even though it left Kemi and her husband with much-depleted resources. After managing to pay the hospital bill, Kemi and her husband had nothing left to feed on. They left the hospital unable to buy the prescribed post-natal medication. It did not take long for her breastfeeding to begin to take a toll on the malnourished nursing mother.

Kemi was growing weaker every day before her helpless husband. By the third day, her husband could see human life leave his beloved wife. In desperation, he ran out of the house to look for help—food. Their very prayerful neighbors who saw him run out went into the house to see what was amiss. When they saw Kemi gasping for energy, they surrounded her and began to pray over her.

While they were casting out the spirit of death, Kemi was dying with every minute. The number of people praying ferociously in her tiny one-bedroom apartment competed with the little air in the one window room, so that in addition to gasping for energy Kemi was now also gasping for air. She would have died but for the timely intervention of the landlady. The landlady literally chased the prayer warriors away as she bundled Kemi to the nearest pharmacy for resuscitation.

None of these two stories above is fiction. On the contrary, they all represent classic examples in Nigeria of religion constituting a distraction and preventing us from coming to terms with the actual cause of their social woes. Are demons alone to blame for the prevalence of road accidents in Nigeria? Are they to be blamed at all? What about terrible roads, full of potholes and dangerous bends? What about bad vehicle maintenance culture as well as lousy driving culture? What about needless aggressiveness on the highway, over speeding, careless overtaking, driving under the influence of intoxicants, and driving distractedly? What about human error, given the fact that to be human is to be prone to error?

These are the common causes of road accidents often ignored in our obsession with demons and other spiritual forces. What if, instead of a park evangelist, we have a park activist? What if we all learn to pray privately and use the time before long journeys as opportunities to remind ourselves that the cause of our problem is, as Chinua Achebe quipped bad leadership? By the way, by bad leadership, the acclaimed father of the modern African novel was not only talking about corrupt leaders; he was also referring to the ordinary Nigerians who often sell their votes so cheaply and often do not demand accountability from their leaders.

What if we come to realize that the real blood-sucking demons are our politicians and government officials whose irresponsibility, heartlessness, and greed leave us with nothing but bad roads full of death traps? What if Kemi’s landlady was also a prayer warrior? What if she had joined in the prayer rather than do what she did? Probably Kemi would have died before her husband returned with the little money that he could borrow from one of his friends. She would have died, and the prayer warriors would have blamed it on evil spirits.

Religion is the opium of the people, Karl Marx famously declared. This maxim has remained popular, and for many people today, this is all religion is and why religion must be abolished for good. It is, however, important to note that Marx’s harsh verdict on religion is not so much about the truth or falsity of religion per se. Instead, in his opinion, religion is the biggest obstacle to the liberation of the proletariat.

The abolition of religion is, therefore, “the first requisite for the happiness of the people.” Until religion is abolished, it will remain the opium that keeps the majority well sedated and docile for the few bourgeoises oppressing and exploiting them. In other words, for the necessary socio-economic revolution to take place, the German scholar thinks that the masses must first get rid of religion, religious ideas. Above all, they must discard religious virtues and especially resist the religious encouragement to be meek and forbear in the face of oppression in the hope of a heavenly reward.

While Marx surely has a large following, especially in an increasingly secularized world, this does not necessarily mean that he is right. Religion is, above everything else, the human longing for transcendence. Nigerians do not turn to religion primarily to escape life’s woes; they mostly do so because they want an encounter with God who is real for them. Besides, just as religion often sedates people in the face of oppression, religion has also been known to inspire people to rise and fight for their human dignity.

One can definitely not say that all Nigerians have been sedated by religion in the Marxist sense. Religion has not completely numbed our will to fight for our rights or struggle to develop our society. While we pray hard, we also work hard. We are among the most hardworking people on earth. We do not just fold our hands and divine miraculous intervention. However, while we are indeed prepared to put in the works to make our society a better place, the problem seems to be the fact that we are often distracted from the true cause of our societal issues.

Perhaps, we can be more accurately described not as a people sedated by the opium of religion but as a people who often do not engage in critical analysis of our environment because of the pervasiveness of our religious world view. This world view populated by demons often prevents us from seeking a simple scientific or social explanation to things. On the contrary, there is a spiritual explanation for everything that happens.

It is not our poor health care system or even unhygienic environments that is responsible for the prevalence of terminal diseases and untimely deaths. Rather, it is the activity of witches and wizards, most of whom live in the village. These same witches are responsible for the pervasive poverty in the land and not poor economic policies or endemic corruption. These dark forces make it difficult for most young people to find jobs and prevent many young ladies from marrying. People are poor, sick, die because they have been cursed or have ignored one spiritual principle or another.

For instance, for many people, #AdaJesus, the famous comedienne who died recently, died because she offended a self-acclaimed prophet of God. That is, she died because she was cursed by the prophet and not from the kidney failure she has been treating long before her fracas with prophet Odumeje.

While we might never be able to ascertain the truth with certainty, can we at least not be distracted from the prevalence of kidney failure among young people in Nigeria today? While we try to avoid getting cursed by pastors and prophets, can we also demand a better health care system from our political leaders?

Religion must become an ally in the struggle for a better Nigeria, and stop being the distraction. Religion must bring light to our politics and not the darkness of bigotry. Religion must further enlighten our God-given human rationality and not suspend our use of common sense. As we cast and bind the demons on our highways, can we also fill up the potholes?

Can we learn to become more gentle and careful behind wheels? As we pray for prosperity and breakthrough, can we learn to be just and fair? If we must pray for thirty minutes before we begin work, can we be honest enough to our employers by endeavoring to come to work thirty minutes early? As we continue to pray for the kind of Nigeria we desire, may we never stop working hard for it. After all, did not St. James tell us that faith without good work is quite dead?

Thu May 13 , 2021
652 …..*Condemns lack of South East representation in Security meetings   By HURIWA.   The foremost Civil Rights Advocacy Group- HUMAN RIGHTS WRITERS ASSOCIATION OF NIGERIA (HURIWA) has asked President Muhammadu Buhari and the military chiefs who took a decision on what they called new security measures for South East […] 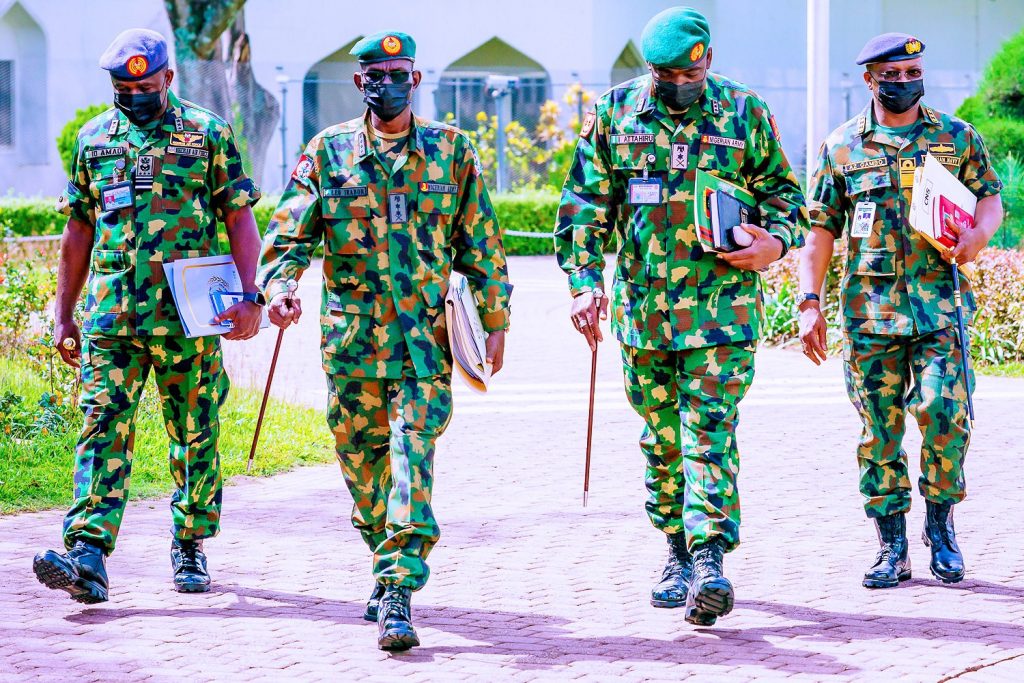