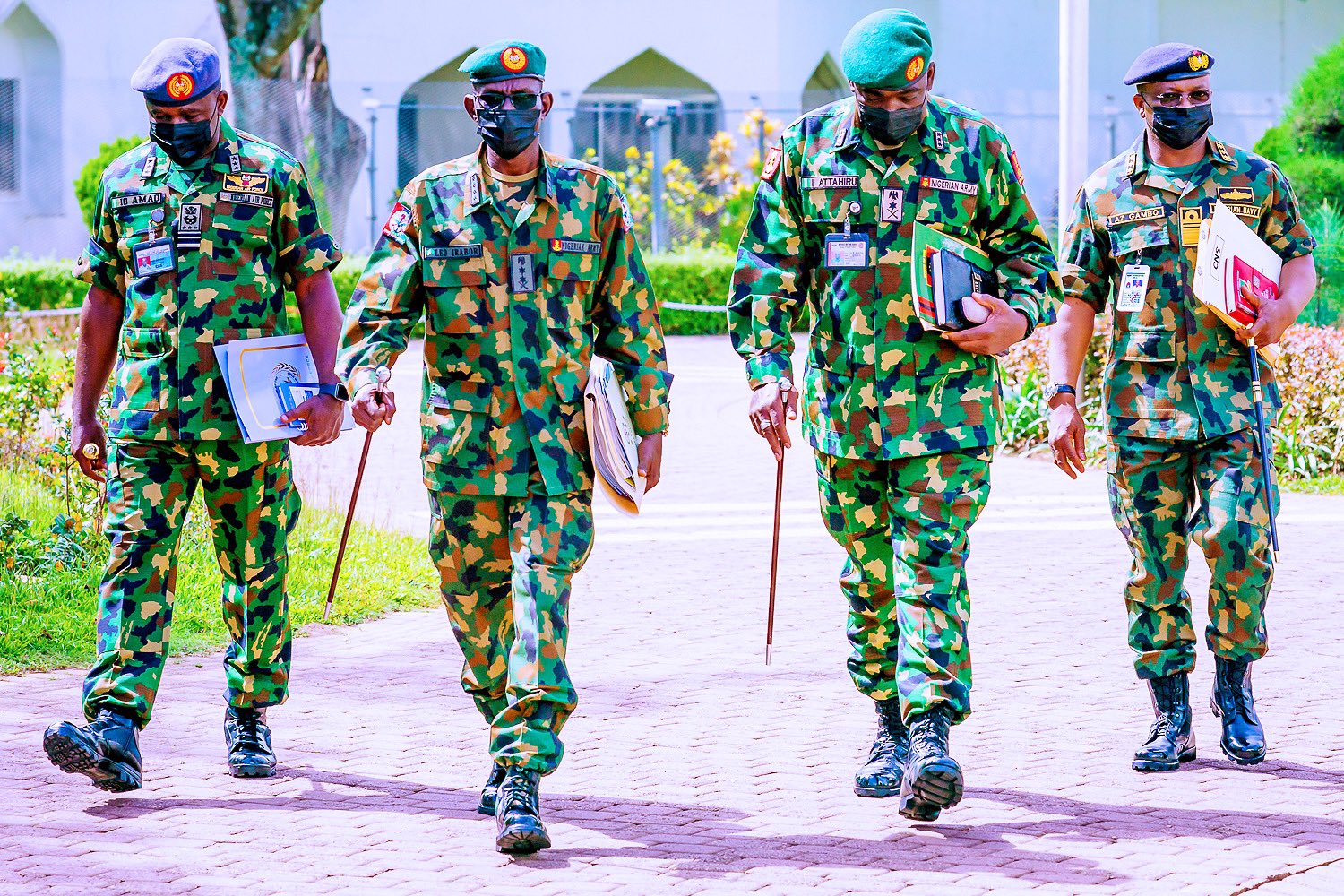 The foremost Civil Rights Advocacy Group- HUMAN RIGHTS WRITERS ASSOCIATION OF NIGERIA (HURIWA) has asked President Muhammadu Buhari and the military chiefs who took a decision on what they called new security measures for South East and South South of Nigeria to be mindful of the constitutional obligations of adhering strictly to the RULES OF ENGAGEMENT and absolute respect for the fundamental human rights of civilians.

Whilst carpeting President Muhammadu Buhari for his persistent and lawless marginalisation and scheming out of South East from any commanding position of significance in the defence institutions to such a ridiculous extent that no Igbo military officer attended the last meeting during which a decision to introduce new security measures for South East and the crude oil rich Niger Delta region was taken, the Rights group said Muhammadu Buhari’s legendary aversion for respect of the fundamental freedoms of the citizens will continue to haunt the government and make it impossible for civilised nations to sell weapons to the government.

“This government is notorious for gross human rights violations and this is the fundamental reason the USA and most first World Countries do not want to provide technical assistance or sell arms for the prosecution of the war on terror because it is believed that a tyrannical regime could divert the weapons to kill civilians like is the case with the Muhammadu Buhari’s junta.

“This is why this government has to make sure that the operatives to be deployed to the South East and South South do not under any circumstances resort to the use of such self-help measures like SHOOT-ON-SIGHT- which constitute a gross violation of the right to life of the citizens provided for and protected under the provision of section 33(1) of the Nigerian Constitution of 1999 (as amended). WE CONDEMN IN TOTALITY ANY DECISION TO ADOPT A SHOOT ON SIGHT POLICY BY THE MILITARY.  THIS POLICY IS A CRIME AGAINST HUMANITY AND MUST NEVER BE TOLERATED”.

HURIWA warned the government to take note that the activities of the soldiers on internal security operations are diligently monitored by many international and local Non-Government individuals and platforms in such a professional manner that all the violations of the human rights of the citizens by soldiers and security forces would be exposed to the World and if the perpetrators are not prosecuted, then Nigerian Military chiefs will inevitably be dragged before the International Criminal Court in The Hague Netherlands for crimes against humanity.

“We had already drafted a petition on the recent extrajudicial killings of Imo Citizens that the Army of Nigeria committed and the hierarchy has refused to name and prosecute the perpetrators just as the petition is about to be despatched to the International Criminal Court in The Hague Netherlands after the Moslem festivity”.

In a media statement, the National Coordinator;  Comrade Emmanuel Onwubiko and the National Media Affairs Director; Miss Zainab Yusuf stated as follows: “The Military under the democratic setting is governed by Constitutional norms. The Nigerian Constitution being the grand norm absolutely prohibits the use of extralegal killings of citizens under section 33 (1). Under section 36 (5) citizens are guaranteed fair hearing. There is no legal support for the infliction of mass killings as a consequence of the deliberate attacks on security formations and operatives by unknown gunmen in the South East and South South of Nigeria “.

The Military authority is not allowed to resort to self-help because Nigeria is not a banana Republic but a Nation governed by laws. The soldiers are not immune from prosecution for offences of genocide.”

HURIWA wishes to reiterate that the Nigerian Armed Forces when deployed for either internal or external operations, are bound by the laws of war and international law in the conduct of the operations.

It submitted that the laws regulate and limit the conduct of operations by acting as checks against arbitrary use of force just as the Rights group said these RULES OF ENGAGEMENT are intended to minimize unnecessary suffering by combatants and non-combatants during internal military operations.

The Rights group said even under a conventional and non- conventional or asymmetric warfare,  the laws of war and international law are therefore sources of military law in Nigeria and include the following: (a.) The four Geneva Conventions of 1949; (b). The two Additional Protocols of 1977 to the Geneva Conventions of 1949; (c. )  Multilateral and bilateral agreements to which Nigeria is a signatory and have bearing on military service or operations.”

HURIWA reminds the Chief of Army Staff Lieutenant General Ibrahim Attahiru that the Nigerian military does not perform its roles in a vacuum as it derives the roles from the constitution, presently the Constitution of the Federal Republic of Nigeria 1999.

HURIWA affirmed also that: “As stated earlier, the Constitution is the grundnorm or supreme law that voids any other law that is inconsistent with it to the extent of the inconsistency. Sections 217-220 provide for the establishment, roles, command and operational use of the armed forces and related matters. For clarity, section 217(1) and (2) provides as follows:”(1) There shall be an armed forces for the Federation which shall consist of an Army, a Navy, an Air Force and such other branches of the armed forces of the Federation as may be established by an Act of the National Assembly.

Thu May 20 , 2021
521 Prominent Civil Rights Advocacy group- HUMAN RIGHTS WRITERS ASSOCIATION OF NIGERIA (HURIWA) said it was a fallacy and an irredeemable illogicality for Attorney General of the Federation and Minister of Justice; Alhaji Abubakar Malami to compare the ban on open grazing of cows in the South to ban in […] 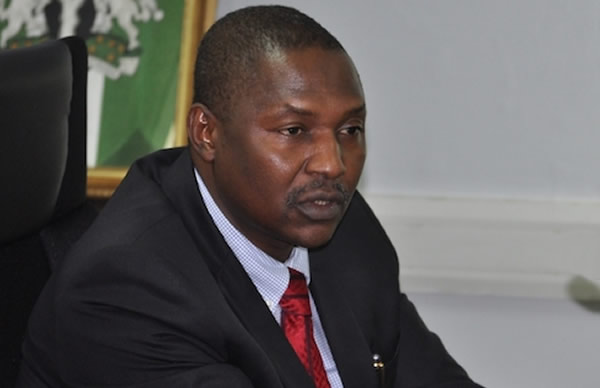