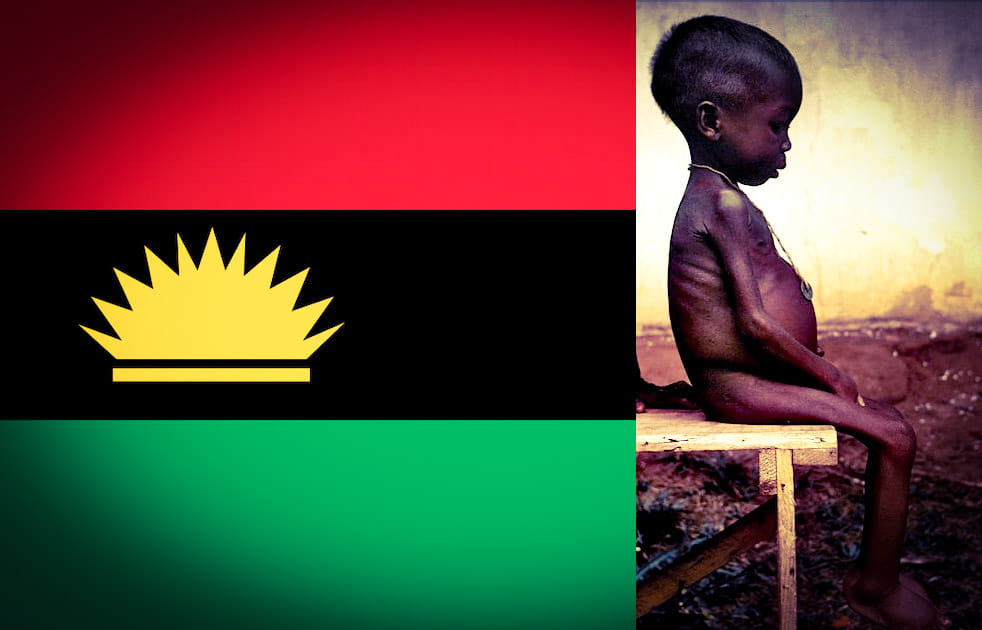 For me, considering my constraints in terms of time and space, there was no better way to express solidarity with my Igbo brothers and sisters than to read Emefiena Ezeani’s masterpiece, IN BIAFRA AFRICA DIED and to make the very interesting content of the book, by way of an appraisal, available to as many people as possible.

Ezeani’s work is a critical history of events leading to the 1966 Military coup, Nigeria’s first, and the turn of events afterward. It raises questions and proffers arguments. It names heroes and condemns villains. It decries injustices and bemoans scuttled prospects. It is a work both Igbo and non-Igbo people should read with an open mind and see if at least a teardrop would not fall from their human eyes. Not only for the over 1 million Igbo lives that perished but also for the prospect of Africa renaissance that perished with the death of Biafra.

First, Ezeani dealt with what might be considered the most fundamental question with regards to the 1966 coup. Was it an “Igbo coup”? Was Igbo political ascendancy to power the primary motive of the coup plotters? If it wasn’t, why wasn’t a single Igbo politician killed? Why was Major General Aguiyi Ironsi, the General Officer Commanding the Nigerian Army, and Michael Okpala, the premier of the Eastern Region, not killed, whereas Sir Ahmadu Bello, Tafawa Balewa all perished in a rain of bullets? Why were the major coup planners, which include Majors Emmanuel Ifeajuna and Kaduna Nzeogwu, all Igbos?

In Ezeani’s opinion, it was not an Igbo coup but a coup necessitated by the ineptitude and corruption of the Tafawa Balewa government. It was meant to “restore law and order, fight corruption and bring back Nigeria en route to genuine development and progress.” The proximate goal was not to install an Igbo leadership but to release Obafemi Awolowo and install him as Prime Minister of Nigeria.

And on why all the major coup plotters were all Igbos, he cites Osaghae, who explains that “coup planning and execution usually involves a close-knit core of officers, and federal balance does not usually come into play—concern with balance would be likely to endanger the success of the coup and the lives of the plotters.” He adds, too, that even if it was an Igbo coup, how many Igbos needed to die to avenge the killing of three Hausa civilians and four army officers killed in the alleged Igbo coup?

Now, while the true motive of the coup plotters cannot be ascertained with foolproof certainty, the “Igbo coup” narrative has had serious historical implications, which Ezeani goes on to explore. First, it led to the killing of between 30,000 to 50,000 Igbo/Eastern civilians and about 200 Igbo/Eastern army officers in 1966. This anti-Igbo pogrom quickly deteriorated into a full-scale civil war when the Republic of Biafra seceded with 33-year-old military officer Emeka Odumegwu Ojukwu at the helm. What followed is a three-year-long war, where well over one million Igbo/Easterners died, and which has had a lasting effect on the Igbos of Nigeria and on the Nigerian political arrangement ever since.

Before now, my window to the Nigerian civil war is Chimamanda Adichie’s HALF OF A YELLOW SUN. Certainly Adichie’s masterpiece yet, it is a perfectly written tale of the experience of Olanna and her immediate family during the war. My first and lasting impression upon reading Adichie’s sad tale is that the Nigerian Civil war was anything but a case of “no victor and no vanquished,” as the then Head of State, Yakubu Gowon, had claimed.

The Biafrans were clearly the vanquished in the Nigerian civil war. Whereas life went on somewhat normally for the people on the Nigerian side, virtually every family on the Biafran side lost a loved one, means of livelihood, and life as they previously knew it. While Muhammed, Olanna’s ex-lover who lives in Kano, could go on playing his polo game and Miss. Adebayo, a colleague to Olanna’s husband, could go on coveting the latest fashion item in stores in Lagos; their acquaintances on the Biafran side battled hunger and starvation and the fear of impending death.

For the overwhelming majority on the Biafran side, life was never to be the same again. Odenigbo lost his mother to the Vandal’s bullet. He also lost his beloved Eberechi to shelling. The Ozobias likely lost a daughter and a sister. Everyone lost either a relative or friend, or neighbor. More people died of starvation than from the shelling and bombs of the vandals. Many lost limbs and incurred scars. Many went missing, leaving their loved ones with the painful suspense of not knowing whether they were alive or dead. Bank accounts were frozen. Properties were plundered and confiscated.

Perhaps, what is more, depressing is not just the fact that human beings died or even the fact that properties were lost. After all, it was a three-year-long war, and no one would expect a war that long to be without substantial human casualties. But what about the stifling of so many dreams? Odenigbo’s well-ordered life was brutally interrupted. More painful, however, was how his revolutionary vision of a fully decolonized Nigeria and subsequently of an at least independent, peaceful, and prosperous Biafra was stifled.

At the declaration of secession by his Excellency, that is, General Ojukwu, Odenigbo beamed with enthusiasm. His excitement knew no bounds as he addressed the protesting university students “Biafra is born! We will lead Black Africa! We will live in security! Nobody will ever again attack us! Never again!” This enthusiasm continued to wane that only a thin frame of it remained by the end of the war.

By the end of the war in 1970, it was not just Biafra that died. According to Ezeani, all of Africa died with it. And it was not Nigeria that benefited from the demise of Biafra, but the neocolonialists, who trembled at the prospect of the country not yet two months old that can already manufacture Ogbunigwe (monster bombs) and rockets. So great was the fear that Britain was ready to ally with the former Soviet Union, its archenemy for the common cause of seeing to the premature death of Biafra.

While the rest of the world was afraid of a young, oil-rich and prosperous Biafra endangering Africa’s unity, Ezeani asks, “if Biafra had survived, would it not have spurred its African sister states on to true autonomy and development, just as Britain did to its European sister states?” Whereas some critics have argued that a rich and powerful Biafra would destabilize the continent, Ezeani believes instead that it would have rather “accelerated the mental emancipation and the economic and technological development of Africa.”

The Ahiara declaration insisted that Biafra was not just about resistance but also a “commitment to building a healthy, dynamic and progressive state, such as would be the pride of black men the world over.” What if this progressive state was allowed to see the light of day?

Would Biafra had survived had the secession being successful? Ezeani answers, “Yes,” arguing that it would not only have survived but would have fared better than the contraption called Nigeria. Biafra would have survived and prospered not just because of the rich soil beneath its soil but because of the Igbo people’s ingenuity and penchant for hard work, for which reason Ikeazor famously called Biafra the Japan of Africa that was killed at infancy.

Rwanda, Sierra Leone, Congo, etc., soon followed. Second, the potential African industrial revolution akin to the British and Japanese industrial revolution was killed. He concludes thus: “Today’s decayed and chaotic Nigeria, racked by corruption and Islamic fundamentalist activism,” argues Ikeazor, “is a testimony to the righteousness of Biafra’s cause.” And with this, I totally agree.

Chapter 6 is dedicated to the role of Yoruba elites and military leaders, Obafemi Awolowo and Olusegun Obasanjo in particular, in the Civil war and how it was very decisive to the turn of the event. The conclusion of this chapter also bemoans the inability of the Igbo people to harness their God-given potential in spite of the political domination of Nigeria.

He, however, admits that “political domination is certainly antithetical to an essential mental emancipation required for a significant economic and technological accomplishment.” The following chapters discuss issues such as the relationship between the Igbos and now south-southern minorities.

Whether personal ambition propelled Ojukwu? Whether Yakubu Gowon’s determination to keep Nigeria was informed by his love for Biafrans, his desire to rescue the minorities from alleged Igbo domination, or simply for the oil in the Biafran soil?

Savannah State As A Priority

Wed Jun 2 , 2021
560 By Emmanuel Onwubiko.   A valid case is again up, for the Creation of Savannah State, with the Capital at Damboa, out of the present day Borno State, which has its capital at Maiduguri. The proposed Savannah State covers nine local governments in Borno State, as follows: Askira-Uba Local […] 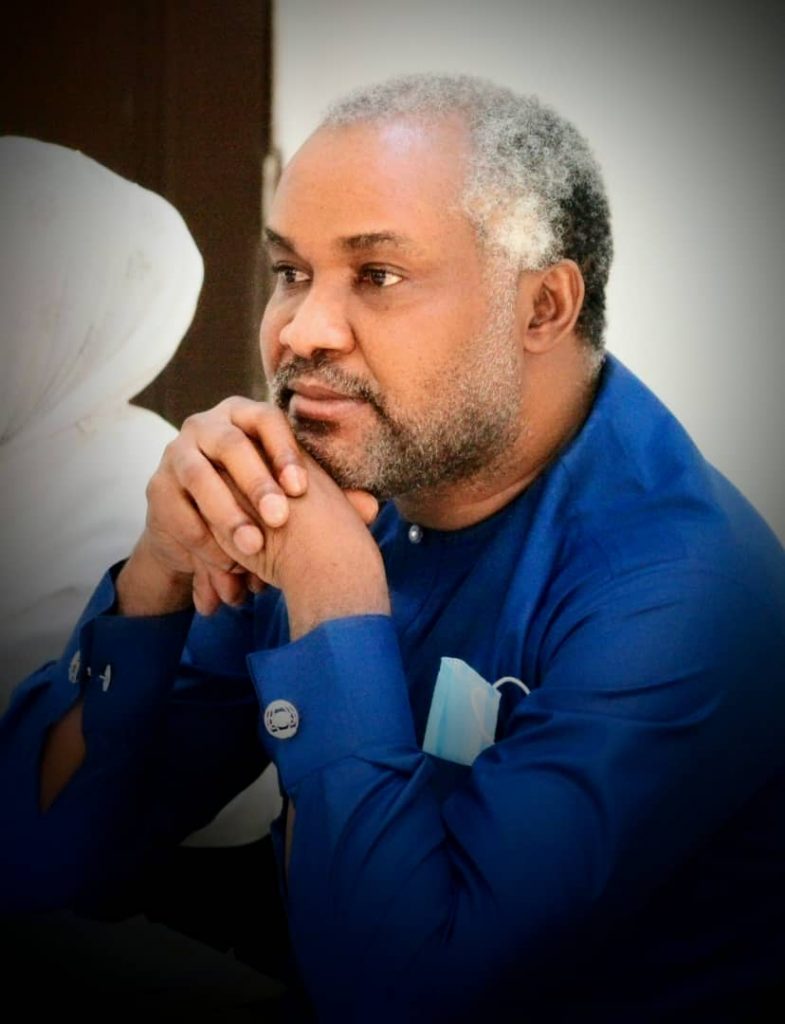