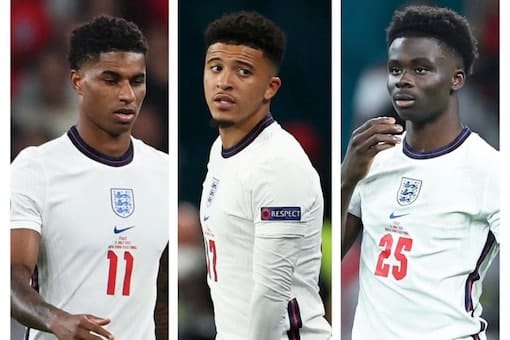 England lost. Italy won. On penalties. So as expected, racism followed. Or did it? Bukayo Saka took the last shot of the night—from the penalty spot. Gianluigi Donnarumma kept the ball out. This was his ninth save in a competition in which he emerged as the overall best player.

Saka’s parents are Yoruba from Nigeria. He almost opted for the Nigerian Super Eagles before the Three Lions of England snatched him. Sancho’s parents are from Trinidad and Tobago. And although Rashford is yet to trace or publish his ancestry details, he is certainly African. As Peter Tosh asserts in his 1977 hit track Africa, “as long as you are a black man, you are an African.”

Football is nothing without fans. This is even more true in England, the birthplace of modern football. Unfortunately, the last time the English National team won a major tournament was the World Cup in 1966. Although they came very close to winning in the just concluded Euro 2020, it was not to be. It is now 55 years without a trophy. For many Britons, this is simply intolerable.

In England, football is not just a sport; it is a religion. This explains why the English fans were so distraught after the Euro final match. Videos have emerged of English fans violently attacking Italians after the match. According to reports, racial slurs accompanied the kicks and shoves. England might have invented the religion called football. But it seems that the god of football has, for a long time, abandoned the national team like Baal abandoning his 400 prophets when it mattered most.

He looked away as Diego Maradona scored the infamous goal with his hand against England in a quarter-final match in the 1986 World Cup. While Luke Shaw scored the fastest goal ever Euro final goal to put England ahead, 34 years old Leonardo Bonucci equalized at the 67th minute to become the oldest player ever to score at a Euro final.

The saddest thing about England losing the final is that the poster boy of their failed attempt will always be the Saka and his two African brothers. However, it is not just that they have been vilified. Criticism is part and parcel of competitive sports. No player, however talented or accomplished, is above vilification—from fans. It even turned fatal in Andres Escobar, the Colombian footballer who was murdered after he had scored an own goal during the 1994 World Cup in the USA.

In contemporary times, no player has been more vilified than Lionel Messi, arguably the greatest player of all times. What has proven unique in the criticism of black players is how it often takes on a racist coloration. The list of black players who have been victims of racism is so long and disheartening.

One very interesting case involves Brazilian player Dani Alves. He was about to take a corner kick for Barcelona during a match against Villareal at the El Madrigal Stadium on the 28th of April 2014, when a Villareal fan threw a banana at him. He ate a little from the banana before taking the corner kick, which Gabriel Paulista’s deflection converted into a Barcelona goal. Poetic justice at its finest.

Commenting on his reaction to the racist attack, Alves famously argued that the best way to fight racism is to not give it importance. According to him, “if you don’t give it importance, they don’t achieve their objective.” He is not alone in thinking that the undue attention that has been given to racism in recent years has contributed to fueling the racist wheel. “Stop talking about it,” Morgan Freeman famously said in a 2005 interview with CBS host Mike Wallace.

By “it,” he was referring to racism in response to Wallace’s question on the best way to get rid of racism. If Dani Alves is a mere football player, Freeman is “God.” He famously played the character God in the 2003 movie Bruce Almighty and the 2007 sequel Evan Almighty. So maybe we should take this opinion seriously. Or should we?

Will racism simply vanish when we stop talking about it? Is racism something that we can simply wish away, or is it something that must be fought with diligence and vehemence? Before discussing the “stop talking about it” strategy, perhaps it is also pertinent to quickly ask if every criticism of a black footballer amounts to racism. While it is right and normal for football players to be criticized, it is despicable when this criticism amounts to racial abuse or any abuse for that matter.

Saka, Sancho, and Rashford deserve to be criticized for not scoring, especially given that Sancho and Rashford were brought in two minutes to the end of extra time with the sole duty of taking penalty kicks. Calling out a black player’s abysmal performance in a game is not the same as racially abusing him.

It is, however, racist to point to Saka’s blackness or Africanness while criticizing his poorly executed penalty kick. He did not fail to score because he is black. Blaming the England loss on these black trio is a valid opinion, even if it is not the correct one. However, blaming it on the color of their skin is despicable.

Interestingly, while Black players continue to suffer from needless racist attacks, white players such as Ronaldo, Messi, and the many others are never seen through the racism prism? Both Messi and Ronaldo unarguably have more fans in Nigeria, with a population of about 200 million, than in their countries Portugal and Argentina, with populations of 10 million and 45 million, respectively.

They are often the subject of trolls and adulations. Never racism. Is racism an exclusively white man disease? Are there black racists? Certainly! So also, are there are racists among Asians, Arabs, and every other race or ethnicity.

According to the Merriam-Webster Dictionary, racism is “a belief that race is a fundamental determinant of human traits and capacities and that racial differences produce an inherent superiority of a particular race.” This tendency is clearly visible in all those English fans who have blamed England’s failure to win the match on the blackness of the players who missed from the penalty spot.

Twitter announced that it deleted thousands of tweets in the aftermath of the Euro 2020 final match. One of such tweets ran thus: “Marcus Rashford isn’t English—blacks can’t be English.” It now seems that despite the concerted effort to address racism, it remains rife. For most people, this is simply depressing.

While many people have since given up hope that the world will ever be rid of racism, most people remain hopeful and continue to fight on. At the forefront of the relentless and resolute in their fight against racism are religious people.

In the teaching of Christianity, for instance, racism has absolutely no place. At the heart of Christian anthropology is, on the one hand, the creation of the human being in the image and likeness of God, and on the other, the universal kinship of all human beings. Both truths are clearly asserted in the account of creation in the Book of Genesis.

In telling the story of the creation of Adam and Eve in the image and likeness of God, Genesis teaches us about the inherent dignity of the human being as the crown of God’s beautiful creation. In showing how the world came to be populated by so many different people, albeit through this primordial couple, Genesis purports to point to the kinship of every human being on earth. We share a common pair of parents in Adam and Eve. We are all brothers and sisters.

Racism, in principle, goes contrary to both human dignity and universal human kinship. According to the Catechism of the Catholic Church, “The equality of men rests essentially on their dignity as persons and the rights that flow from it: Every form of social or cultural discrimination in fundamental personal rights on the grounds of sex, race, color, social conditions, language, or religion must be curbed and eradicated as incompatible with God’s design” (CCC 1935).

Whether we are not presently giving racism more attention than it deserves, as Freeman and Alves argue above, remains unclear. Whether we are not sometimes seeing racism where it is not present also remains unclear. What is clear, however, is that we must continue to aggressively assert the truth of the inherent human dignity and the essential equality of all human beings. This is the truth that will set the world free from the lie and stupidity of racism.

Unfortunately, many people continue to live in the illusion of racial hierarchy. This stupid ignorance is more pitiable than regrettable. Sadly, there are racists, even among those who profess Christianity. It might be accurate to describe them as people who have refused to be transformed by the radical light and truth of the gospel.

11 am Sunday morning remains the most segregated hour in the US, the country with the largest Christian population in the world. Those who continue to hold on to racist views need reorientation, or what St Paul describes in his letter to the Romans as renewal of the mind (Romans 12: 2).

Finally, while we must join the global effort to stamp out the evil called racism, we must also endeavor to eradicate every form of ethnic-based discrimination in our country. The Osu Caste system, which remains prevalent in some parts of the Southeast, is as despicable as racism.

Thu Jul 22 , 2021
373 The Indigenous People of Biafra (IPOB) has alleged that Imo Governor; Hope Uzodinma, his Rivers counterpart; Nyesom Wike, former Central Bank of Nigeria (CBN) Governor; Prof. Charles Soludo, and Minister of Labour and Productivity; Chris Ngige were some of the individuals who supported and funded the extradition of its […] 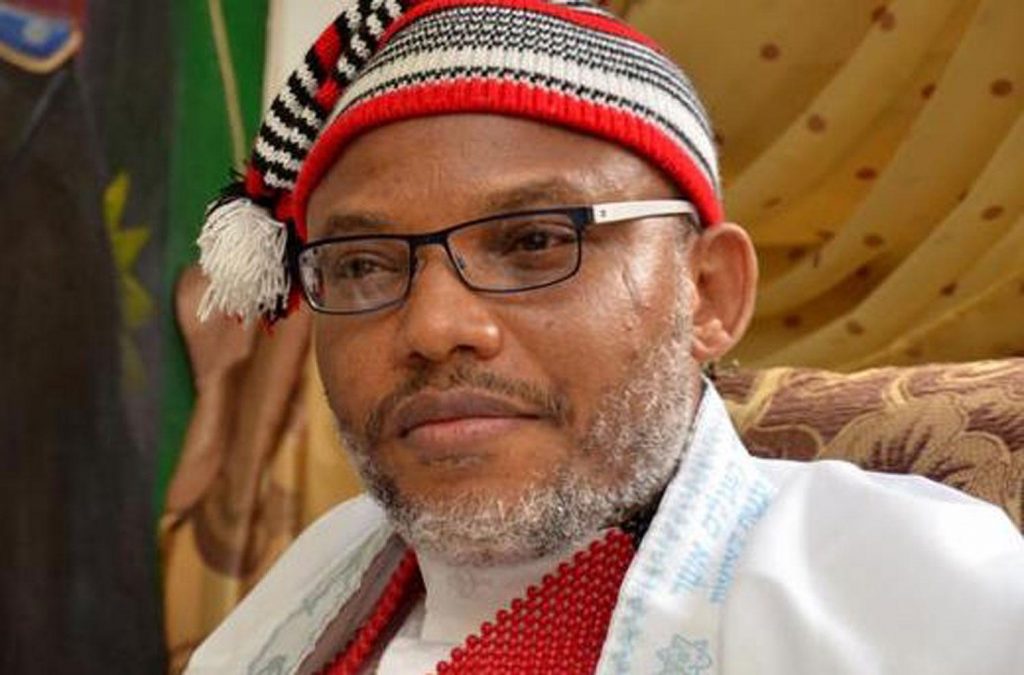