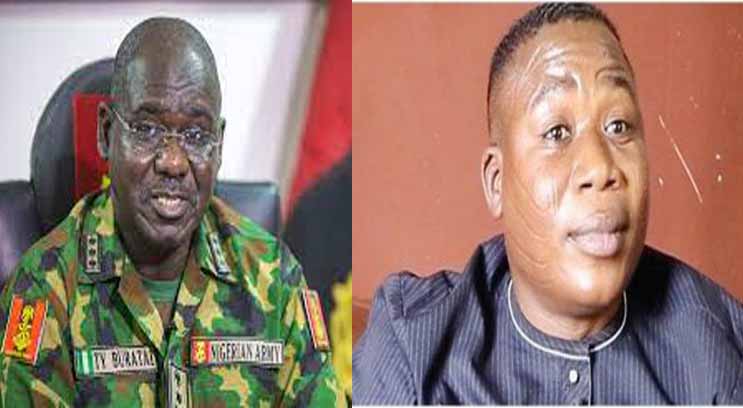 A MEDIA STATEMENT BY THE LEADING CIVIL RIGHTS ADVOCACY GROUP; HUMAN RIGHTS WRITERS ASSOCIATION OF NIGERIA (HURIWA) ON THE ORCHESTRATED CAMPAIGNS OF CALUMNY AGAINST THE PERSON OF LT. GEN. YUSUF BURATAI; NIGERIA’S AMBASSADOR TO BENIN REPUBLIC SINCE THE ARREST OF SUNDAY IGBOHO IN COTONOU

The Human Rights Writers Association of Nigeria (HURIWA) are concerned over the series of orchestrated campaigns against the Nigeria’s Ambassador to Benin Republic; Lieutenant General Yusuf Tukur Buratai (retd.) since the arrest and move to extradite the Yoruba Nation crusader Mr. Sunday Adeyemo, popularly known as Sunday Igboho and his wife, Ropo, who were arrested at the Cadjèhoun Airport in Cotonou, Benin Republic. HUMAN RIGHTS WRITERS ASSOCIATION OF NIGERIA (HURIWA) welcomes the release of the Wife of the activist as reported by credible sources.

However, as a media affiliated Civil Rights body, we have followed developments closely Since the arrest of Sunday Igboho on July 19, and it is disheartening that a section of the  usually objective, independent minded and courageous Nigerian media has been agog with series of attacks on the person of Lieutenant General Tukur Yusuf Buratai the Envoy of President Muhammadu Buhari in Benin Republic for allegedly facilitating the arrest and pushing for the extradition of Mr. Igboho.

The more recent attack, which came from Pelumi Olajengbesi; a prominent member of the legal team of Igboho, who in an interview as published in one of the respected Newspapers of July 25, 2021 accused retired General Tukur Yusuf Buratai as acting like Mr. Sunday Igboho was his property and hastily organizing a private jet for extradition.

For the avoidance of doubt, according to the Vienna Convention, the functions of a diplomatic mission include:

1) The representation of the sending state in the host state at a level beyond the merely social and ceremonial;

2) The protection within the host state of the interests of the sending state and its nationals, including their property and shares in firms;

3) The negotiation and signing of agreements with the host state when authorized;

4) The reporting and gathering of information by all lawful means on conditions and developments in the host country for the sending government; and

5) The promotion of friendly relations between the two states and the furthering of their economic, commercial, cultural, and scientific relations.

Diplomatic missions also provide public services for their nationals, including acting as a notary public, providing electoral registration, issuing passports and papers for military conscription, referring injured or sick nationals to local physicians and lawyers, and ensuring nondiscriminatory treatment for those charged with or imprisoned for crimes.

An ambassador or High Commissioner as the case may be is an official envoy, especially a high-ranking diplomat who represents a state and is usually accredited to another sovereign state or to an international organization as the resident representative of their own government or sovereign or appointed for a special and often temporary diplomatic assignment.

Ambassadors have a wide range of responsibilities dealing with foreign relations. Each task is carried out in a diplomatic manner that is made to meet the needs of the ambassador’s home country while keeping a positive relationship with that country.

Because of their unique relationship with the host nation, ambassadors are able to help in the development of foreign policy with that nation. All of these actions are meant to protect their home country’s interests within the host nation.

Another responsibility of an ambassador is to act as a representative of their country of origin. As a representative, they offer up their home country’s position on many political, social, and economic platforms. They also meet with important political leaders and greet or host other diplomats.

Ambassadors also help travelers from their home country, explain foreign policy and evacuate refugees from dangerous situations. Because of the sensitive nature of their careers, ambassadors carry out their duties with a diplomatic demeanour, with the goal of keeping a positive relationship between the country that is hosting them and their home nation.

Thus, assuming without conceding that he played such roles as alleged, as an ambassador who is the ranking government representative stationed in Benin Republic, should General Buratai had folded his arms when someone who has been declared wanted by the government he is representing crosses into his diplomatic territory?

Recall that more than three weeks ago, the Department of State Services declared Igboho wanted for allegedly stockpiling arms, an allegation he had since denied. Before then, the DSS on July 1, 2021 raided his house at Soka area of Ibadan, killing two of his aides and arresting 12 others.

We HURIWA had earlier taken a position that Mr. Sunday Igboho as a person should be left alone and that the invasion of his house by the Department of State Service, which resulted in the killing of two of his associates as reported are condemnable, but the role Ambassador Buratai is playing as alleged by intervening to tell the government of the host country that someone within the territory he is serving is wanted is just within the job description of his office as President Muhammadu Buhari’s representative in Benin Republic.

We do not understand what anyone wants General Buratai to have done when someone who has been declared wanted by the government he is serving crosses into the jurisdiction he is serving. We therefore call on those orchestrating these campaigns of calumny against Lieutenant General Buratai (retd.) to stop distracting him and allow him perform his diplomatic duties as designated.

General Buratai, Nigeria’s Chief of Army Staff between July 2015 and January 2021, was deployed as Nigeria’s envoy in the Benin Republic in June 2021 to expand the frontiers of Nigeria-Benin republic and to advance the interest of Nigeria in his host country.

Hence, we commend His Excellency, Ambassador Tukur Yusuf Buratai for living up to his diplomatic obligations in communicating the position of Nigeria on Mr. Sunday Igboho to the government of Benin Republic as reported.

HURIWA has no doubt in his professionalism as he exhibited over the years throughout his career in the Military. More so, he has a perfect understanding of the terrain of his service, diplomatic and professional engagements.

Before he was appointed as Nigeria’s ambassador to Benin this year, and Chief of Army Staff in 2015; Lieutenant General Buratai (retd.) had served as Force Commander of the then reconstituted Multinational Joint Task Force (MJTNF) in 2014 under the auspices of the Lake Chad Basin Commission and the Benin Republic.

Just as we want to conclude by stating again that we in the HUMAN RIGHTS WRITERS ASSOCIATION OF NIGERIA (HURIWA) IS RESTATING OUR POSITION THAT MR. SUNDAY IGBOHO BE RELEASED UNCONDITIONALLY AND THE INVASION OF HIS IBADAN HOUSE AND THE MURDER OF HIS ASSOCIATES INVESTIGATED.

Tue Jul 27 , 2021
748 By Emmanuel Onwubiko.   If you know the enemy and know yourself, you need not fear the result of a hundred battles. (The killing season by Mason Cross). Reading through yesterday’s (July 26th 2021) copies of major newspapers reveals the character of monumental misgovernance that has created tension, fear, lack of […] 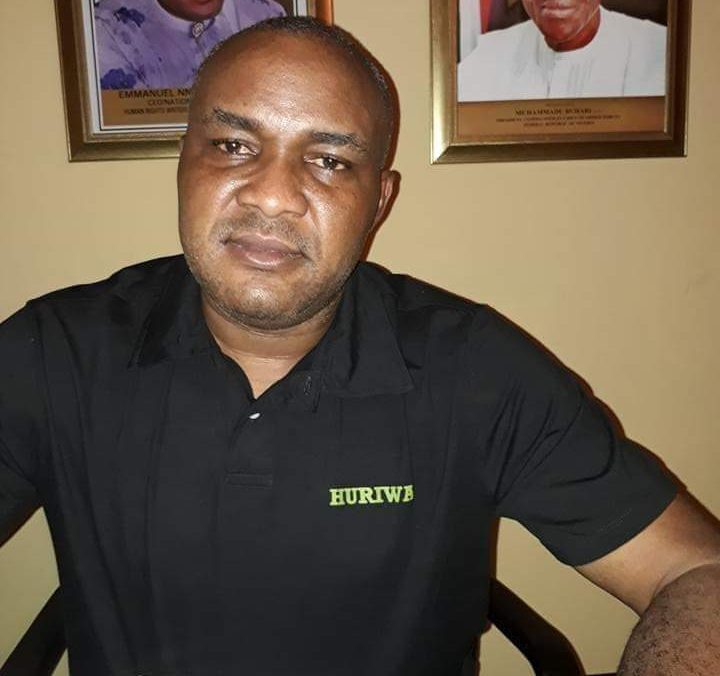