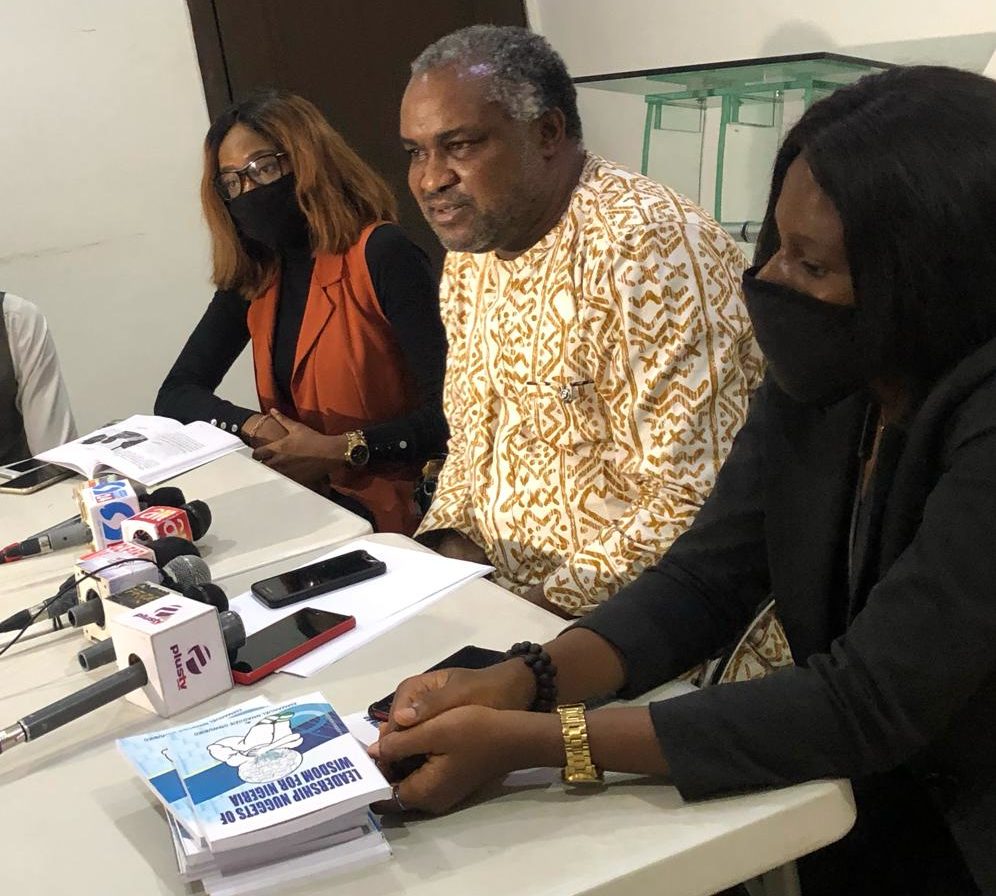 Prominent pro-democracy and Not-for-profit body- HUMAN RIGHTS WRITERS ASSOCIATION OF NIGERIA(HURIWA) has accused the office of the Inspector General of Police of attempting to frame up a girl whose family had been looking for since June  named Glory Okolie, a 21-year-old but it was later found out that she was held hostage by officers of the Intelligence Response Team (IRT) in Imo state.

HURIWA said the just issued press Statement from the Force Headquarters on the same missing but found girl declaring her as a terror suspect arrested almost 78 hours after her case became public information courtesy of a civil Rights campaigner Mr. Harrison Gwamnishu who found her being allegedly converted to a maid for 72 days by the Police is DESPICABLE,  reprehensible and odious just as the Rights group has asked the Inspector General of Police not to carry through with this shameful plot of vendetta and frame up against an apparently distressed girl whose family haven’t seen for months after she was made to disappear by the police in Imo State.

HURIWA recalled that Miss. Okolie was said to have been arrested on June 17 by IRT officers in order to use her as bait to arrest her boyfriend who is suspected to be a member of the Indigenous People of Biafra (IPOB). The family of the young lady had been searching for her.

HURIWA recalled that Mr. Harrison Gwamnishu, an activist and director-general of Behind Bars Human Rights Foundation, in a Facebook post, said it was later discovered that Okolie was in the custody of IRT in Imo allegedly cooking and washing for the officers.Gwamnishu accused the police of extorting the family when they went to ask for her bail. He said Okolie was later transferred to Abuja.

HURIWA recalled that the “21-year-old Miss Glory Okolie who enrolled for 2021 JAMB exam has been in police detention since 17th June, 2021 till date. She left the house and never returned,” the activist wrote on Facebook. “Since 17th June, her families had searched for her in hospitals and mortuaries but couldn’t find her. “Ending of June, 2021, a young man who was freed from IRT office Tiger Base Owerri told the Okolie family that he saw Glory in the custody of IRT officers cooking and washing clothes for them. “The family immediately went to IRT office and requested to see Glory and bail her out and till date it’s been one story or the other. The IRT officers allegedly continued to extort the family and denied them access to see Glory.”

HURIWA which condemned this clear case of criminal acts of human rights violations and abuses inflicted on a citizen of Nigeria on account of a mere suspicion that her purported boyfriend is a member of the Indigenous People of Biafra (IPOB) amounted to holding a Citizen as a hostage in exchange for someone being sought by the police which is absolutely unlawful, unconstitutional and outrageous.

HURIWA further stated that it finds the just issued press Statement with  Ref No. CZ.5300/FPRD/FHQ/ABJ/VOL.4/35, dated 22nd August, 2021 in which the Police mischievously stated that it has arrested ‘MILITANTS’ SPY GIRL’, is utterly irresponsible,  insensitive,  irrational and projects the Nigerian Police Force as a bunch of hostage takers who do not care a hoot about morality or professional ethics of policing because this girl’s matter was already a public information regarding how she was illegally detained and allegedly made to work for the police in Imo State as a maid, an Act that should constitute a criminal charge of forced enslavement and human trafficking but here we are being told by the police that the victim of their human rights abuses is now a suspected spy for the so called militant.

HURIWA said it is disingenuous and imbecilic for the police through the Force headquarters to spew the following propaganda about the girl whose case was already in the public domain as someone being victimsed by the police but instead many days after this same Police has issued a statement in which amongst others the police accused this girl in a press Statement from force headquarters in which the police stated thus-: “Operatives of the Nigeria Police Force, working with the Military and other security forces, have arrested one 22-year-old female suspect, Gloria Okolie, for her complicity in the series of deliberate and well-coordinated attacks on security formations, other critical national infrastructure including INEC offices and killing of security operatives in the South-Eastern part of the country. The suspect, a native of Umutanza in Imo State, was arrested following ongoing investigations and implementation of special operation, Operation Restore Peace, to amongst other things, break the information, drugs and arms supply chain to the outlawed Indigenous People of Biafra (IPOB) and its armed wing, the Eastern Security Network in the South-East region, ” the police Statement said.

The Rights group Condemned as an afterthought and a totally senseless press Statement by the police as aforementioned which was signed by one CSP AREMU ADENIRAN the DEPUTY FORCE PUBLIC RELATIONS OFFICER just as the Prominent Civil Rights Advocacy Group said this Act of unprofessional policing is one amongst the many reasons that the Nigerian police force has over the years self-destroyed the public image of the police and has exposed the institution to International opprobrium and disgrace.

The Rights group in a media statement by the National Coordinator Comrade Emmanuel Onwubiko and the National Media Affairs Director Miss Zainab Yusuf said it was disappointing that at a time some people are beginning to think that the police has eventually decided to turn a new leaf and stop spewing toxic lies and half truths and stop framing innocent people up the same police that has become very notorious as a violator of peoples human rights is openly performing government magic and attempting to foist and impose a strange and utterly senseless charge on an innocent girl that her officers held hostage for over 72 days and never contacted her family nor charge her to court against the Constitutional provisions that obliges the police to bring up charges within 24 hours after arrest moreover when section 36(5) presumes the girl as being totally innocent in the eye of the law but this Nigerian police force that is utterly despicable kept her for many months and has only just issued a lame and tepid press Statement  accusing the girl of being a spy.

Why Has DSS Not Invited Ustaz Abubakar Salihu Zaria Over Alleged Incitement Against Christians?-HURIWA Asks DSS

Mon Aug 23 , 2021
254 By HURIWA.    The loud silence and apparent inaction of the hierarchy of the state security services (SSS) also known as Department of State Services (DSS) or the Nigerian Police Force to the unambiguous incitement against Christians made in a recent viral video allegedly by one Ustaz Abubakar Salihu […] 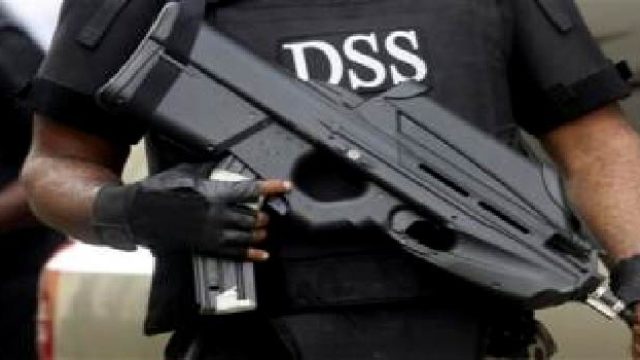