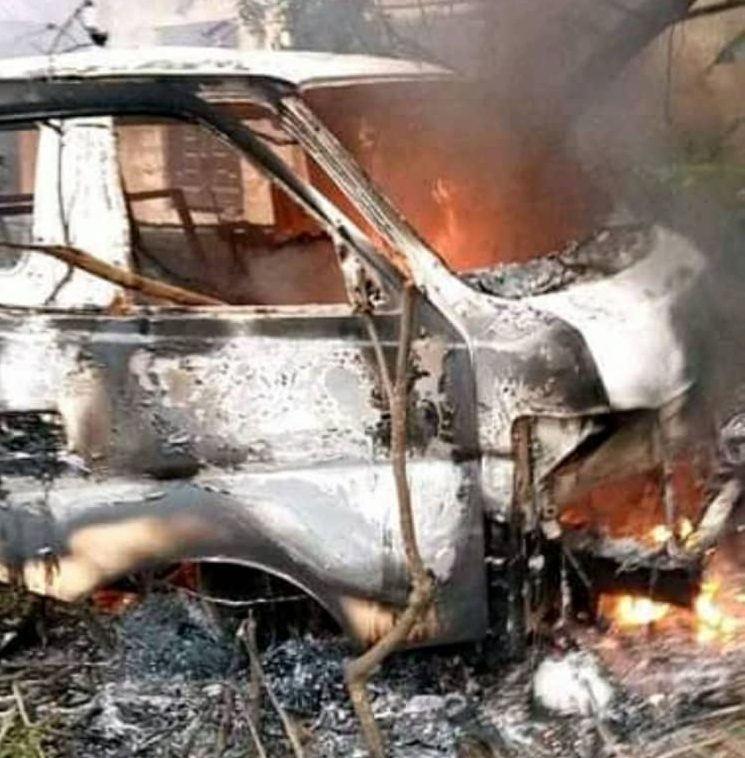 MBAISE, a little city in Imo State is successfully setting its ugly record in infamy. Such record is coming at the wake of the activities of various revolts in Nigeria that have literarily set the city on fire. This institutionalised fire service in Mbaise started during the #ENDSARS protest in Abuja and Lagos when the three divisional police headquarters in Mbaise were set on fire by an unknown mob. It took the goodwill of some Mbaise sons to rebuild those structures.

During the rampage of the unknown gun men earlier this year in Owerri, the syndicate made visible and successful parade in Mbaise communities where some residents applauded and cheered them from the sidelines. Within this time, no fewer than six vehicles were set ablaze, lives lost and scores injured. Sadly, some of those refurbished police stations were burnt down again.

When the Sit-At-Home weekly order was initiated in South east, it was famous in Mbaise and we saw the burning of structures: Five commercial vehicles including a Libra transport company conveying passengers from Lagos to the east were set ablaze in Nkwogwu and Ahiara Junction, lives and properties were also lost.

On Nigeria’s Independence day celebration 2021, about four vehicles were reportedly razed and set on fire by an unknown syndicate in Obama Nguru and Eke Ahiara. This list is inexhaustive as it does not capture the fire experiences in the hinterlands.

In the analysis of pundits, it is not yet clear on what could be attracting these carnage in Mbaise more than other riotous hot beds in Imo like Orlu and Omuma. Owerri, Imo’s capital city is not even as turbulent as Mbaise.

There are permutations that ugly elements may cash in on this unusual situation to subsequently destroy innocent people’s properties in the area. MBAISE is not the seat of Biafran revolution neither is it the homestead nor maternal home of Mazi Nnamdi Kanu.

None of the state and federal government top and decisive functionaries are from Mbaise. Mbaise central markets like Aforu, Afogbe, Afo-Enyiogugu and Nkwogwu are gradually becoming danger zones as people now trade with eagle eye.

A little noisy emission from car exhaust is now capable of inciting stampede on market days. This is how cheap and easy a community can be thrown into tension, insurgency and subsequently militarised. It was these burn-fires that formed the prelude to the current unrest in most North East communities and how OYIGBO Rivers State gradually made its marks in gun wars as the people are now sleeping with blinking eyes.

Coincidentally, Mbaise is just a town with only three area councils and where residents make their living through subsistence farming and over cropping, so anything that will create emotional strain or wave of evacuation from this settlement is akin to mass death.

Unfortunately, Mbaise leaders are watching in amazement as these bizarre display graduate to bloodbath. There is hardly any strong voice that has risen in condemnation of this filth. We cannot allow these unfortunate activities to go unabated. Mbaise elites; Politicians, religious leaders, traditional rulers and socio-cultural groups must stand against this oncoming insurrection and macabre display in Mbaise. MBAISE as a city has been battling with government neglect over the years as the little achievement and urban look recorded have been purely the effort of concerned sons and daughters.

If these infrastructural and social damage continue, we will loose our once beautiful and peaceful community to ruins and wreckage occasioned by unknown gun men. Village community vigilantes and community policing structures must be alive and activated to avert these ugly occurrences on such occasions. A stitch in time, saves nine. Thank you

Sat Oct 2 , 2021
789 By Franca Ogar.   To Mark Nigeria at 61, and the International Day for Older Persons, the Journalists Network for Ageing in Nigeria (JONAN) has called upon the Service Chiefs, IGP, DSS and the NSA to declare a state of emergency in security in the South East in Particular […]