Prominent pro-democracy and Not-for-profit organisation- HUMAN RIGHTS WRITERS ASSOCIATION OF NIGERIA (HURIWA) has called out the Nigerian Army and the Department of State Services (DSS) for exhibiting overwhelming tendencies of ethnic profiling targeting members of the South East of Nigeria’s  Igbo speaking Ethnicity following the arrest by soldiers and eventual illegal handover to the Department of State Services of the popular Igbo Nollywood Actor; Mr Chinwetalu Agu over his choice of clothes with the flag of the defunct Biafran Republic.

The Rights group said the military and the DSS have clearly shown their inclinations towards Ethnic profiling because on more than one occasion the Kaduna based Islamic Cleric Sheikh Ahmad Abubakar Gumi was seen holding nocturnal meetings with the Fulani terrorists who kidnapped many school children and held them hostage for months in the forests but despite the obvious evidence that the said Ahmad Gumi made many television and newspaper appearances and granted extensive interviews including the one that he accused the military of helping to weaponise terrorists in the North-West,  there was never any attempt on the part of the DSS or Army to invite him or arrest him for these treasonous acts of fraternizing and colluding allegedly with Fulani Terrorists.

HURIWA further affirmed that: “Also the Zaria based Islamic Cleric Salihu Zaria threatened to kill Christians over the Jos killing of Fulani travellers by Unknown gunmen but the DSS and the Army looked the other way and never made attempt to arrest these two Moslem preachers who made inciting comments which may have instigated the massacre of some Christian Military officers in a suspicious military helicopter crash whilst flying from Minna after Sheikh Gumi was quoted as claiming that only Christian military operatives are decimating and crushing Islamic terrorists in the North and then the Nigerian Defence Academy was invaded shortly after Sheikh Salihu Zaria made the threat against Christians and the invaders killed a Christian soldier and kidnapped a Plateau born Christian soldier of the rank of Major who was detained for several weeks before being rescued but the Igbo Actor Chiwetalu Agu wore just a clothe with the flag of the defunct Biafra Republic which is not unlawful but the Army tortured him and thereafter handed him over to the DSS and the DSS is now saying that justice would be done and we ask, which justice? This is pure ethnic profiling and vendetta which is unconstitutional.  We demand the immediate release of Mr Chinwetalu Agu by the DSS or they charge him to court so the World will see how low the Country Nigeria has degenerated in the practice of apartheid policies by the current administration that releases and reintegrate boko haram Islamic terrorists”.

Already, HURIWA has protested the dehumanization of Chiwetalu Agu by the Army in a letter of protest submitted to the Chief of Army staff Lieutenant General Yahaya Faruk on Friday in which the Rights group stated as follows: “We bring you our message of goodwill.

This is to register our strong protest over the physical torture, maltreatment and denial of RIGHTS TO DIGNITY OF THE HUMAN PERSON that was unleashed on the popular Nigerian Actor Sir Chiwetalu Agu by the Nigeria Army troop in Onitsha, Anambra State, South East of Nigeria.

We write this petition to particularly disagree with the statement publicly made by the spokesman of the Defence headquarters to the effect that the said Nollywood Actor was dehumanized because he allegedly advertises for the proscribed Indigenous Peoples of Biafra (IPOB) for putting on a cloth that has the flag of the defunct Biafra Republic.

Sir, the Nigeria Army is an institution created by law and the Army is not above the law. It is unacceptable that the Army General who spoke for the Defence headquarters has given the impression that physical, psychological torture of alleged offender (assuming without conceding that putting on one’s choice of clothes is now an offence) is permissible under the Army’s rules of engagement.

Sir in 2017, Nigeria passed a law against torture. Nigerian constitution in chapter 4 is against torture. The Army tortured Chiwetalu Agu and these infractions must never be swept under the carpets so the Army is not accused of tolerating impunity.

We pray you to deploy an internal resolution mechanism to provide relief and redress to the victim of Army brutality Chiwetalu Agu.

As a Civil Rights body, we know that the Army is not a body that is created to torture citizens even if they are in conflict with the law. Moreover, what choice of clothe someone wears is not an item of the law. The colours of the defunct Biafra is not illegal just as wearing Arab clothes in Nigeria is not an offence.

We await your rapid action so the impression that some persons are bigger than the law is wiped away.

You would recall that the Kaduna based Islamic cleric Sheikh Gumi openly campaigns for those the government classified as bandits and even met them in the forests, but the Army has not called him in for questioning.

Why does the Nigerian Army believe that wearing one’s choice of clothes with certain colouration is against the law but it is not an offence for Gumi to consistently champion the cause of armed bandits?”

The letter of protest was endorsed by the National Coordinator Comrade Emmanuel Onwubiko.

Tue Oct 12 , 2021
411 By Emmanuel Onwubiko.   Last week, the Reverend gentleman who is the Special Adviser on Media and publicity to President Muhammadu Buhari in the person of the erstwhile Managing Director of the Daily Sun newspaper Mr. Femi Adesina told his audience that within days the administration would showcase a […] 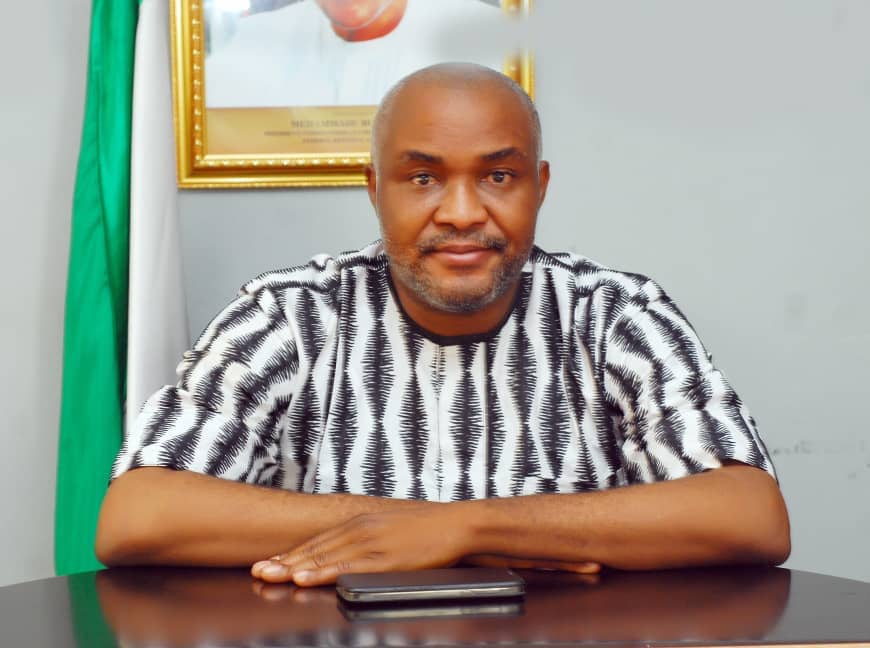