Just few days to the Anambra State governorship election, there have been genuine concerns on whether the election will go ahead as scheduled owing to the spate of violence in the South-east region. Will this season of brutality lead to a postponement of the election? Many believe that the election is already seriously threatened.

These threats have been consistent and unrelenting in the last few months and the recent succession of attacks have renewed doubts about the election. Many of these attacks have been linked to the Independent People of Biafra (IPOB), however, the group which wants a sovereign state of Biafra, independent of Nigeria, constantly denies involvement. Therefore, the sequence of viciousness unleashed on the populace have been blamed on faceless “unknown gunmen.”

Against this backdrop, Constitutional Lawyer; Barr. Prince Orji Nwafor-Orizu has called for the postponement of the November 6 Guber elections in Anambra State citing the climate of uncertainty and insecurity as the basis for his call for postponement.

Prince Nwafor-Orizu made this known in media parley wherein he expressed his views on several issues on the front burner of national discourse with particular interest in the November 6 elections in Anambra and the recent invasion of the residence of Justice Mary Odili.

Contributing to the discourse on the Anambra election, Nwafor-Orizu opined: “My honest view is that owing to the insecurity, the shooting, the conflicts in the south east, Anambra State in particular, the election should be postponed for there to be consultation and dialogue that can address the insecurity challenges before election could hold. Besides INEC within law can still do the election at any time up to December 16, 2021.

“So the best thing for the Federal Government and INEC to do is to postpone the election on grounds of insecurity. I am emphasizing insecurity and not the announcement of a sit-at-home by the Indigenous People of Biafra (IPOB). IPOB’s announcement is a political issue which is ongoing. The major thing is insecurity which is imminent from the pre-election shooting and lots of things going on in the place.

“So we cannot risk the lives of the electoral officers, INEC officials, the voters, which will lead to voter apathy because people will find it difficult to come out and participate in the election”, Barr Orizu posited.

On the other hand, the Nnewi born Legal Luminary made bold to call on IPOB and their spokespersons to withdraw the issue of the release of Mazi Nnamdi Kanu on the 4th of November as a ground for starting a sit-at-home from the 5th of November, 2021 adding that just as the group has given Sunday as an exemption for people to go to church during the period of the sit-at-home, they should also allow the 6th of November as an exemption to whatever they want to do.

“Being that it would be unfair to Anambra people to be the only state among the five states in the South East to be without a governor. I am not saying that what IPOB is saying is wrong neither am I saying they cannot have solidarity for Nnamdi Kanu, but am only asking them to look at the situation on ground. To take notice that the federal government have never commented, nor disturbed them for sitting at home. By saying that there would be no election, it becomes a challenge to the constitutionality of government because election is a constitutional act of government on that day.

“If the government does not conduct election, it affects the Anambra people; hence there is no more a solidarity because there is no effect of not doing election to the solidarity. Ordinarily, if they decide to sit at home on Saturday, the government will not disturb them. But because of what is planned for this particular Saturday, the sit-at-home order becomes a confrontation on an elected government, which poses a very serious constitutional crisis. As a constitutional lawyer, I must make it clear that the federal government cannot be expected to succumb to the decision of IPOB as a ground for not doing election.

“Moreover, what is it that is lost if IPOB allows the election? But everything is lost if they continue to toe the path they are on. They are already killing some of our boys in the name of IPOB. If they withdraw their order they will save lives. In order to save the lives of our men and women, people are now running away from the townships like Onitsha”.

As a panacea, the Constitutional Lawyer recommended for a planned high powered legal action and contribution to ensure that Mazi Kanu is given a fair trial and that he is not tried in secret as was attempted the last time. “That is where the lawyers of Igbo extraction and also the NBA will have to come in.

“So far he is already in court, even if he were to be released, the Federal Government can only release Nnamdi Kanu by instructing their lawyers to withdraw the case and that is what cannot be done on the 4th of November because his case is on the 10th of November.

“So, it is better to see how he can get bail on the 10th or that the federal government will withdraw their action. Therefore, the political action of saying he must be released on the 4th is not in tandem with the constitution and the law and as such not one of the best strategies to be used”.

Furthermore, while calling on the security agents to exhibit the highest level of professionalism in handling the situation as indiscriminate shooting of the citizens is not the solution, Prince Nwafor-Orizu advised those who are attacking the federal government troops to stop as that would lead to reprisals and further deaths.

Relatedly, Prince Orji Nwafor-Orizu expressed concerns and condemnation over the invasion of the residence of Justice Mary Odili; a Supreme Court Judge based in Abuja who is also spouse of former Rivers State Governor; Sir Peter Odili just as he noted that the invasion by the security agencies and anti-graft agency in whatever guise was totally unacceptable, unnecessary and therefore condemnable.

“The Supreme Court sits with a minimum of 5 Justices of the Supreme Court. So if there is a decision in contention why raid the house of only one Judge as each judge has a right to his own judgment.

“More worrisome is that the Supreme Court has made no statement. If Justice Mary Odili has done anything wrong, the Federal Government ought to tell the citizens and give her a chance to defend herself than going to her house to intimidate her.

“She is not charged to court, which makes Nigeria look like a banana republic. Hence, as I urge, the Nigerian Bar Association should also urge the Federal Government to include a member of the NBA and representative of the Rivers State Government in the already panel set up by the Inspector General of Police on what has happened to Justice Mary Odili so as to make it more open and credible”, Barrister Orizu charged.

Wed Nov 3 , 2021
289 Biography: Philomena Amokaha, popularly known as Queen Phil Amo is the reigning Miss Tourism Markurdi, Benue State. The fast rising strong-willed Model, Beautician and Actress, whose expertise is in Pageantry, Commercial and Runway hails from Benue State, Nigeria and a recipient of the 2021 Benue Unite Entertainment and Prestigious […] 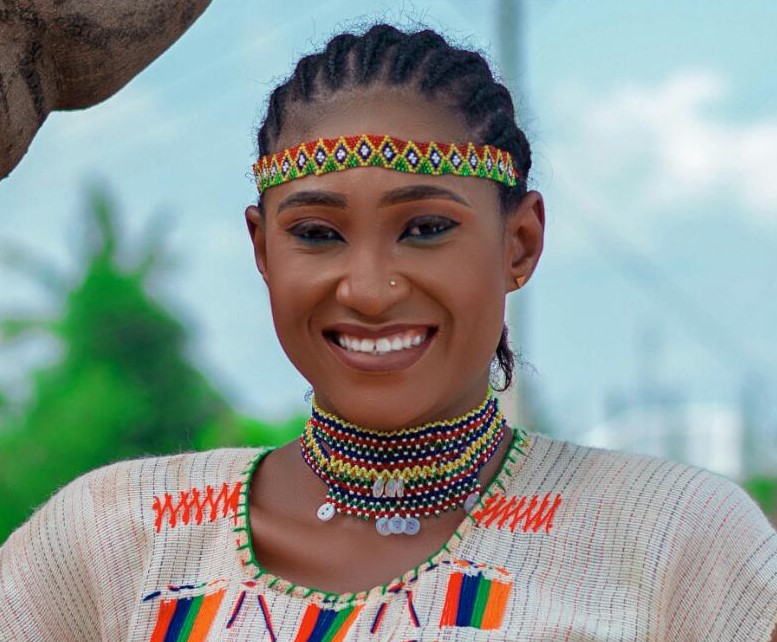