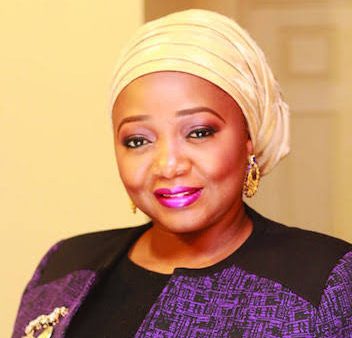 Time to Reform the National Refugees Commission, and Reposition the Agency

Gentlemen of the Press,

It is with a deep sense of concern that we address you today over the sad developments and alleged misgovernance, executive excesses, alleged corruption, and loss of focus that have allegedly become the order of the day at the National Commission for Refugees, Migrants, and Internally Displaced Persons (NCFRMI) under the leadership of Mrs. Imaan Sulaiman-Ibrahim as the Honourable Federal Commissioner/CEO of the agency.

As an organisation dedicated to the human rights and wellbeing of Nigerians, we are particularly hurt by these unsavoury developments given the peculiar mandate of the NCFRMI, which is supposed to carter to the welfare of about the most vulnerable set of Nigerians and foreign nationals displaced by insurgency and other forms of insecurity, natural disasters, and communal clashes.

Our concerns bothers particularly on the following:

On resumption of office in June 2021, Mrs. Imaan Sulaiman-Ibrahim allegedly awarded contract of N35 million for the furnishing of the office of the Honourable Federal Commissioner (HFC), which the previous HFC, Senator Bashir Lado, had reportedly tastefully renovated and refurnished less than five months before his redeployment to the National Agency for the Prohibition of Traffic in Persons (NAPTIP).

We consider this a gross Misapplication of public funds, especially given that the Commission’s zonal offices are in total disrepair with staff lacking logistics and basic office furniture to carry out their legitimate duties. The Maiduguri, Enugu, Yola, Kano, Kebbi, and Illorin zonal and field offices are seriously lacking in furniture and working tools. Gentlemen of the Fourth Estate of the Realm, kindly visit these offices to see for yourselves.

We gather that some staff even come to office with their personal chairs from their homes. Yet, the FHC’s office was allegedly furnished  at the cost of N35 million.

Of particular interest is the Maiduguri office, which overseas the bulk of the IDPs, but does not have an operational vehicle as we learnt from reliable sources. Although the United Nations Refugee High Commission (UNHCR) donated a Toyota Landcruiser as an operational vehicle to Maiduguri office, Mrs. Sulaiman-Ibrahim, has allegedly refused to release the vehicle to that office six months after resuming office.

Allegations are rife that the HFC has no regard for procurement due process. We have it on good authority that the Federal Government has so far released the sum of N8 billion to the Refugees Commission, but refuses to disclose to disclose to the management the details of what monies are being are been spent on during Procurement Tenders Board meetings. She allegedly insists on anticipatory approvals and the Director, Legal, who questioned the legality of anticipatory approvals was allegedly removed.

In other words, no member of management or staff of the Commission knows exactly what funds are spent on and how much except the DFA and the Legal Adviser she brought to the Commission.

It is also alleged that the inflation of travel costs, among other alleged irregularities have become rife at the Commission.

Arson and Intimidation of Staff

HURIWA believes that the fate of the Director of Procurement and the atmosphere of fear pervading the humanitarian agency should interest President Muhammadu Buhari.

There have been several clashes between the Director of Procurement and HFC. The Director of Procurement’s office has been sealed at some point reportedly. There was also a fire incident in his office suspected to be arsonist attack. His vehicle was subsequently vandalised and vital office documents he wanted to protect following the fire incident carted away. This should be probed by the National Assembly.

We were also informed that staff of the Commission have resorted to WhatsApp calls and cannot also talk with liberty in office, as they fear their lines and offices might have been bugged.

We are worried by the reports alleging that the HFC gets physical with staff and that union leaders were locked in their meeting venue at the Commission this week.

We gathered that the HFC summoned and allegedly harassed her staff over a media report detailing her alleged excesses at the Commission. We call for a broad-based investigation of these shocking Allegations.

There is a suppressed faceoff between the HFC and the staff of the Commission over alleged arbitrary removal of the regular staff and their replacement with external persons against civil service rules, including the alleged transfer of management-level staff such as Director of Refugees and Migrants, Deputy Director Procurement, Deputy Director Legal, etc., without due process.

She reportedly currently has about 15 personal and security aides, with some drawn as we were told from the Defence Intelligence Agency, National Intelligence Agency (NIA), State Security Services (SSS), police, etc., including a retired operative of the NIA, whom Mrs. Sulaiman-Ibrahim brought in as secretary in the office of the HFC. Staff fear that their agency has been converted from a humanitarian to a spy organisation.

The HFC appointed from outside the Commission a Chief of Staff, who handles the Commission’s legal documents, but who is alleged to possess no document to show that she was officially appointed or seconded to the agency. There is a retinue of Technical Assistants, Special Assistants, and Personal Assistants, a practice unobtainable in a humanitarian agency. Development partners frown at such.

We query the Operation Zero Hunger recently launched by the Mrs. Sulaiaman-Ibrahim in conjunction with the Defence and Police Officers’ Wives Association (DEPOWA) as a replacement for the normal distribution of food and other household items to IDPs and refugees by the Commission. This is alleged to be her unilateral decision, which was never appropriated in the national budget, and executed solely by her without the knowledge or consultation of any management staff. No management staff has an idea how much she spends on Operation Zero Hunger or the contribution of the Commission to Project. We asked around and nobody is aware.

It is regrettable that the normal distribution of food and household items that have alleviated the sufferings and challenges of IDPs over the years have been replaced with Operation Zero Hunger, which hands out pittances to these vulnerable persons. We believe that this should deservedly be codenamed Operation Total Hunger. This is heartless and unbecoming of a humanitarian agency.

In view of the ugly developments at the National Commission for Refugees, Migrants and Internally Displaced Persons (NCFRMI), we call on President Muhammadu Buhari and the Honourable Minister of Humanitarian Affairs, Disaster Management and Social Development, Sadiya Farouq to:

1. Immediately  investigate the Allegations and if found to be meritorious  and credible then relieve Mrs. Imaan Sulaiman-Ibrahim of her appointment as the Honourable Federal Commissioner (HFC)/CEO of the Refugees Commission before to save the soles of the IDPs, refugees, and other persons of concern and before more harm is done to the mandate of the Commission. We believe that running the office in a transparent and accountable  way will give the Federal Government the opportunity to reposition the agency in line with its mandate, especially at this critical time that the nation faces the multiple challenges of insurgency, banditry, and communal clashes.

Instructively, Mrs. Sulaiman-Ibrahim was allegedly never qualified to head the agency with no known background in any related work but  was appointed Special Assistant to Minister of State (Education), then DG NAPTIP (contrary to the Act establishing the agency), and then deployed to NCFMI after six months at NAPTIP.

2. Direct the immediate commencement of a forensic audit of the Commission’s finances, including all procurements since her assumption of office in June 2021.

3. Direct the immediate commencement of investigations into the alleged arson in the procurement office of Commission, vandalisation of the car of the Director of Procurement and removal of vital documents.

4. Direct the IGP and DG, DSS to protect the staff of the Commission, including union leaders, from alleged abuses, intimidation, and assaults. We believe that workers should work in atmospheres of liberty and without fear. Therefore, the IGP and DG, DSS should also be directed to investigate the veracity of the alleged bugging of the phones and offices of staff and bring anyone found culpable to book.

5. Direct the Commission to desist from threatening staff, including married women, who frown at the ongoings in the Commission, with deployment to field offices.

6. Direct the Commission to immediately release the operational vehicle (Landcruiser) donated to the Commission by the UNHCR for fieldwork in Borno State to the Maiduguri Office.

7. Direct the Commission to stop the Operation Zero Hunger and revert to the normal distribution of food and household items to IDPs and refugees in line with its mandate and Appropriation Act to investigate the spending on Operation Zero Hunger food packages, establishing what funds from the Commission were used to supplement DEPOWA to ascertain if there has been value for money.

We believe that these steps if urgently taken will go a long way in restoring the confidence of staff and development partners in the Commission.

Importantly, it will go a long way in enhancing the welfare of IDPs, refugees, and other Persons of Concern.

Orji Uzor Kalu For President? Yes, Why Not?

Fri Nov 26 , 2021
649 By Emmanuel Onwubiko   The Chief Whip of the Senate of the Federal Republic of Nigeria; Senator Orji Uzor Kalu who represents the good people of Abia North constituency has always been someone who is beloved by the masses but not so much always loved by the powerful especially […]