For years, the Nigerian government has walked on eggshells in its moves to end the payment of fuel subsidy. At each attempt, the government gets trapped between cutting costs and sparking public rage. From FAAC report account, Nigeria pays N250 billion monthly to subsidise fuel and when you multiply it by twelve months, the country spends up to 3 trillion naira on subsidy. This is the actual affliction that is hovering over the economy of Nigeria.

Why subsidy could be seen as helping to support the cost of living for impoverished Nigerians, it also constitutes an unsustainable drain on public resources needed for critical developmental projects. The prices of diesel and kerosene have been largely deregulated, and retail prices at filling stations vary based on market forces, but petrol price is regulated. Nigerians typically use petrol to power their vehicles, tricycles, and motorcycles, and with erratic power supply something they still grapple with, millions rely on gasoline to power their generator sets.

Propped by the newly passed Petroleum Industry Act, the Nigerian government has now set its sight on mid-2022 to fully remove fuel subsidy and move to a market-based pricing model. The Act made provision that all petroleum products must be deregulated. The Minister of Finance, ZAINAB AHMED has also indicated the possibility that probably middle of June, Nigeria will exit subsidy.

To cushion the effects of its hardship, the government has set up a committee chaired by Vice President Yemi Osibanjo to draw a plan where about 40 million Nigerians at the bottom of the pyramid; the rural and urban poor will be paid N5,000 monthly through non-cash but digital remittance powered by the E-Naira electronic platform. This will last between 9 – 12 months when other support measures must have materialised.

As a response to this, the Nigerian Labour Congress (NLC) has directed its members to dust up for a massive protest on January 27, 2022 to resist the attempt of government in removing subsidy as it will tell harshly on Nigerians especially at a time we are faced with other challenges like insecurity. From our private calculations, this NLC protest will be the 10th anniversary of OCCUPY NIGERIA Protest held between January 2-14, 2012 when former president Jonathan attempted subsidy removal.

Truth be told, Nigeria may not survive continuous paying of subsidy. The country extracts crude oil, exports it for refining, buys the product and then pays hugely to subsidise it. That is characteristic of a nation heading to doom. Other emerging market economies like Chile make use of their natural resources like copper to even service debts.

However, at this insecure state of Nigeria, we cannot entertain further protest as OCCUPY NIGERIA. The government must engage the organized Labour in reasonable debate and dialogue that will lead to a consensus agreement other than moving out to the streets with placards to incure an injury bigger than subsidy. A stitch in time saves nigh.

Tue Jan 25 , 2022
143 Leading Civil Rights Advocacy Group:- HUMAN RIGHTS WRITERS ASSOCIATION OF NIGERIA (HURIWA) has revealed that the organized body of credible civil society platforms-comprising of over 200 groups has endorsed the move by the federal government to set up the NYSC youths Trust Fund. HURIWA stated that the coalition affirmed […] 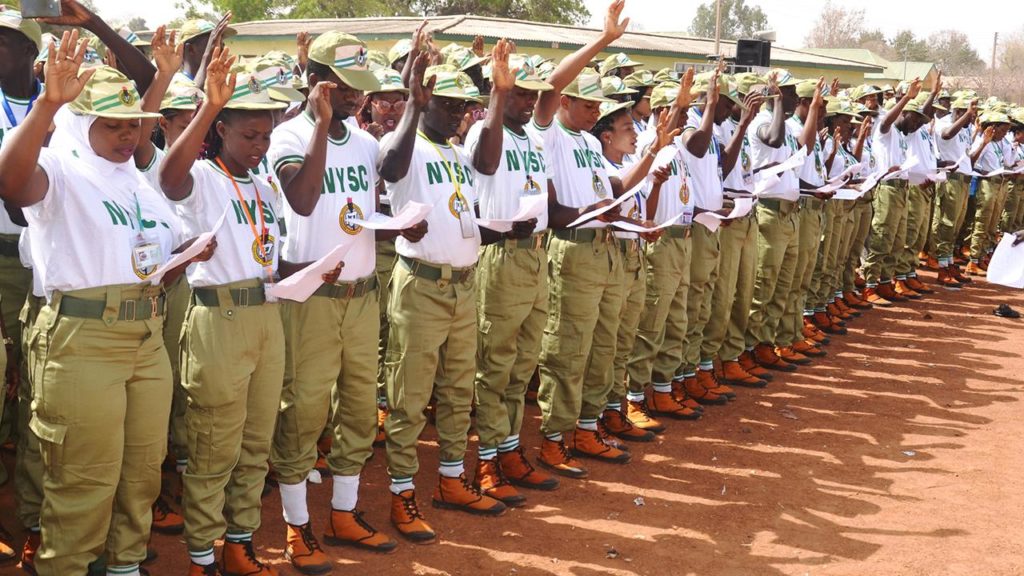