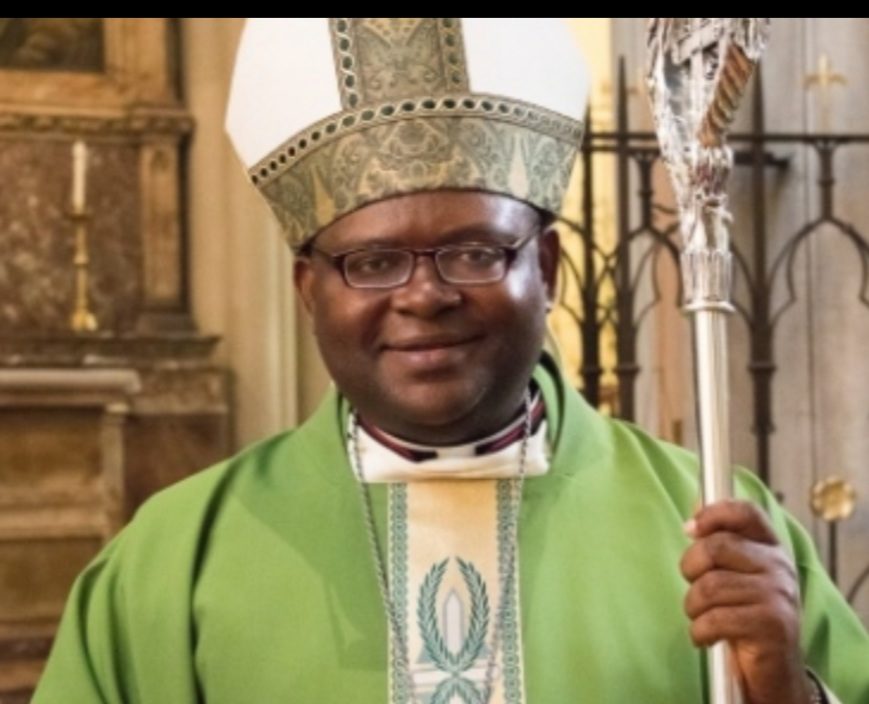 THE CATHOLIC PRIESTHOOD in Nigeria and Africa is currently undergoing siege. Ever since some unscrupulous elements have made the holy and poor CATHOLIC PRIESTHOOD to look lucrative, the Church has been faced with the antics of merchants who have gone to commercialise her sacred ministry. Because of the harsh economic situation of Nigeria, coupled with alleged vocational boom, most young men have desired the priesthood as a haven to evade the challenging life situations in the country.

However, formation to the Catholic priesthood is no easy route. It takes not less than ten years to form candidates for the priesthood. During these processes, the candidates are subjected to academic, spiritual and human formations to prepare them for the dynamic and multidimensional society. Recruitment of candidates for this training are done by various dioceses at their early stages and continued on provincial level at the major seminaries.

Mainstream religious congregations even follow more strenuous process to arrive at priesthood. Some of these congregations without private liability and ownership will include CSSP, MSP, St. Patrick Fathers, Oblates, Vincentians, SJ, Jesuits, Redemptorists, Claretians, Dominicans, Capuchins, SMA, SDV and others. This is definitely not the business of one person or company.

Sadly, since the past decade, there have been new twists to ordination of individuals to Catholic priesthood, leading to the neutralisation of the profession. While diocesan seminarians spend up to ten years to arrive at ordination, the new generation and privately run congregations have made it easier with fewer years for willing candidates.

These privately owned congregations recruit desperate candidates who either have been expelled from diocesan/religious routes or are youths who have desired priesthood by hook and crook. The selected individuals are brought under a religious name and subjected to either quasi seminary formations or makeshift institutes in Nigeria, then ferried to other African countries where they are ordained priests.

Unfortunately, their admission, training and ordination come at a cost. Some of these candidates pay as much as N500, 000 to receive ordination. This is after they have also sponsored their formation process through exorbitant fees charged for accommodation, tuition and sundry issues. The financial hardship the candidates go through does not worth it as they arrive priesthood to make ends meet.

Most of them after ordination do not have apostolates and mission grounds. They are usually left to operate privately or seek attachment in any part of the world where there is dire need. Their activities are mostly centred on HEALING and MIRACLE MINISTRIES, since that is the only way to get influence and attention of miracle seeking people. They do not have access to sound theology and catechesis as they were not properly trained for the Catholic priesthood.

These associations often refer to themselves as Institutes of Apostolic Life. Some of them are owned privately by priests, by lay persons, by partnership of few persons and some even by women. Lately, they have been sources of worry and anxiety for the Catholic Church in Nigeria from where their remnants migrate especially to Cameroon and littered to some parts of East Africa to advance their operation and desperation.

In Cameroon which is largely their network coverage, they have infiltrated into many dioceses. Recently at the Catholic Diocese of BUEA, Bishop Michael Bibi observed their inadequacies and has suppressed without exception six of these privately owned congregations from operating in his diocese. The suppressed groups include:

2. Little Sons of the Eucharist

3. The Missionary Sons of Saint Mulumba

4. Daughters of the Sacred Passion

6. Daughters of Mary Mother of the Eucharistic Jesus.

In a Pastoral Letter issued on February 16, 2022, the Bishop gave members of these groups up to February 22, 2022 to vacate his diocese. Bishop Buea regretted that these new age congregations came from Nigeria, while observing that some persons belonging to these associations were clandestinely admitted into the associations and offered the Sacrament of Orders without regard for universal norms, nor reference to all those persons.

For example, Rector of Seminaries, Parish Pastors and the Christian Communities, who by right, have a contribution to make regarding the suitability of candidates for Sacred Orders. The Catholic Bishop further divulged that some members of these associations committed “ordination fraud” by bribing managers in order to be ordained priests.

This development in Cameroon challenges the Nigerian Catholic hierarchy to pay proper attention to the teeming ‘religious’ groups in Nigeria who wangle and convey candidates to priesthood at financial cost and doctrinal risk. Most of our Catholic youths are regularly exploited in their desire to achieve priesthood.

Nigerian Catholic leadership should take a second look at these developments and consider restricting both the admission to seminaries and ordination of individuals with questionable formation process. As the Church is currently ever ready to expel faulting priests for various scandalous crimes, the Church should also consider relieving and de-robing persons whose priesthood have been found to be illicit.

This could be a way of cleansing the Augean stables in the sacred ministry and clamp down on irregularities to save the Church from strange doctrines imported through ordination of untrained candidates without proper dispositions.

*Dan UGWU; a Nigerian Catholic wrote from Sheffield, UK and could be reached via danchidiu@yahoo.com, dan@eventhof.co.uk

Mon Feb 21 , 2022
140 By Dan Ugwu.   The lingering issues and controversies between Rev. Fr. Magnus Ebere, codenamed E De Work and the Catholic Church is gradually becoming age long. Where the differences will culminate is still in the womb of time. At intervals, echoes and cacophony from E De Work ‘Church’ […] 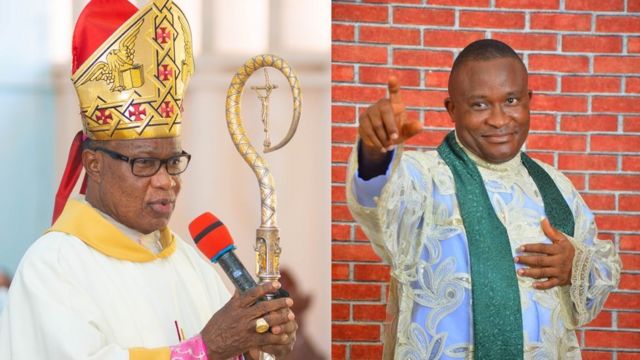