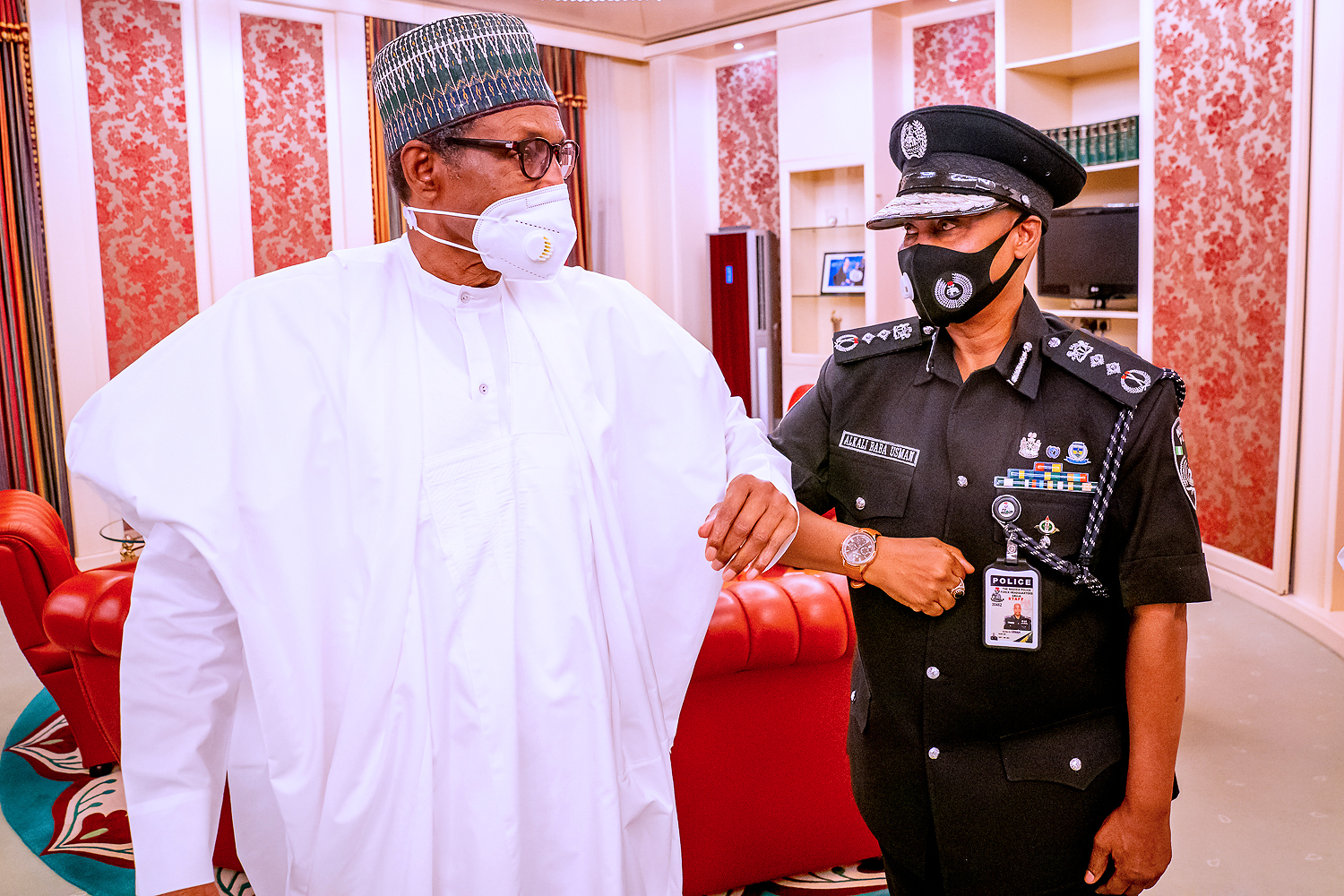 HURIWA similarly condemned the unconstitutional action of President Muhammadu Buhari to donate $1 million USD of public fund without Appropriation to the Organisation of Islamic Countries for onward disbursement to the Islamic regime that came to power by the barrels of the guns in Afghanistan just as the Rights group said Section 10 of the Nigerian Constitution makes Nigeria a secular State just as it wonders when President Buhari will similarly  play his illegal father Christmas role by donating to the World’s Council of Churches or to adherents of African Traditionalists.

HURIWA said the attempt by President Muhammadu Buhari and the Inspector General of Police to project  Nigeria to the World as an Islamic nation will backfire because millions of Nigerians who have no religious affiliation and the other organised religious group of Christians and ATR will never accept this sinister plots which will lead to avoidable disaster just as the Rights group asked the duo to retrace their steps before it is too late.

“President Muhammadu Buhari and all the pro-Islamic fanatics including those who hitherto professed loyalty to al-quaeda and taliban Islamists but are still in Buhari’s regime should consider the consequences of their actions because the rest of the population that do not share same faith won’t let themselves be enslaved and conscripted to be citizens of an Islamic State when the Nigerian Constitution rules out the practicability and legality of elevating any religion as State religion in Nigeria.  These government officials had better have a change of hearts,  respect the Constitution for the sake of national security and stability because Nigerians are watching and will take appropriate steps to preserve their religious freedoms”.

HURIWA, in a statement by its National Coordinator, Emmanuel Onwubiko, said the new dress code for female officers in the Police created by the Constitution that forbids the elevation of any religion as State religion which include the use of hijab and studded earring would not in any way increase the efficiency of police officers nor protect them from flying AK-47 bullets fired by daring criminals and bandits in the country of late.

Recall that the IGP on March 4, 2022 unveiled the new dress code for female police officers, saying it is in line with international best practices.

However, HURIWA’s Onwubiko declared that the new dress code is illegal, unconstitutional and sectarian, noting that it is an apparent move to fulfill the Islamisation agenda of President Muhammadu Buhari.

Onwubiko said, “Despite the many challenges including declining staff numbers, low morale, poor training and poor welfare confronting the Nigeria Police Force under IGP Usman Baba, it is unfortunate that he chose to prioritise religious adornment over weightier matters.

“HURIWA wonders how the new dress code is of any usefulness to the shrinking 300,000 police officers in the country whose salaries are barely paid by the government and whose dilapidated barracks are unfit for pigs let alone human beings.

“Logically speaking, to what intent and purpose is the use of hijab for female police officers chasing criminals on the streets of Lagos or combating bandits on the Abuja-Kaduna Expressway? Would the hijab deflect AK-47 bullets fired by bandits from hitting the officers? The IGP should get serious.

“The Nigeria Police has been in existence since 1945 and wearing of hijab for female police officers is illegal and unconstitutional as the religion of public officers, including members of the security agencies, should be a private matter to them.

“Section 10 of the 1999 Constitution stipulates that government and all its agencies should be neutral in religious matters while Section 42 of the same Constitution forbids discrimination in all its ramifications.

“The IGP, being a Muslim from Borno State where Boko Haram operates freely, should not use the post he currently occupies to enthrone Islam on the plurality of members of the Force comprising Muslims, Christians, Catholics, traditionalists, etc. The IGP should respect his oath of office and desist from fanatism and the hijab controversy that has sharply divided and inflamed states such as Osun, Kwara, amongst others. He should desist from such fanatism as demonstrated by the government-backed Hisbah Police in northern Nigeria.

“If the Muslim female officers are allowed to wear hijab, how should policemen and women who are in the Celestial Church dress up when the practice of their church is against wearing shoes at all? And how should traditionalists who are in the police force dress up, with charms and amulets round their uniforms?

“It is curious that the IGP who has woefully failed to instill discipline and professionalism amongst his operatives and footdragged in the case of alleged notorious fraud accomplice and cop Abba Kyari is the same person introducing a new dress code for female police officers.

“Had things function well enough in Nigeria, the IGP should have been prosecuted for crime against humanity committed by his operatives in Imo state as documented by Amnesty International but President Buhari who too is a bigot and who donated $1million of Nigeria’s money to Afghanistan left the bigoted IGP in office and now his most important job is to introduce hijab even when his operatives behave like robbers like unknown gunmen in South East and many places.

“This IGP is a failure and deserves to be sacked so he can very well go back to North East to become his local Imam in his local mosque.

“Usman Baba should focus on combating crime, improve citizens engagement and help guaranty safety of lives and property. The religious preferences of policemen and women should be their private matters.”

Tue Mar 8 , 2022
181 By Ken Gbados.   Celebrating International Women’s Day is to celebrate a Women’s Journey through her life, struggles, achievements, and contributions. It is to celebrate her joy, freedom, liberty, and rights. It is to celebrate Womanhood. Reacting to the above, a foremost rising Nollywood actress; Victoria Nwogu has called on stakeholders […] 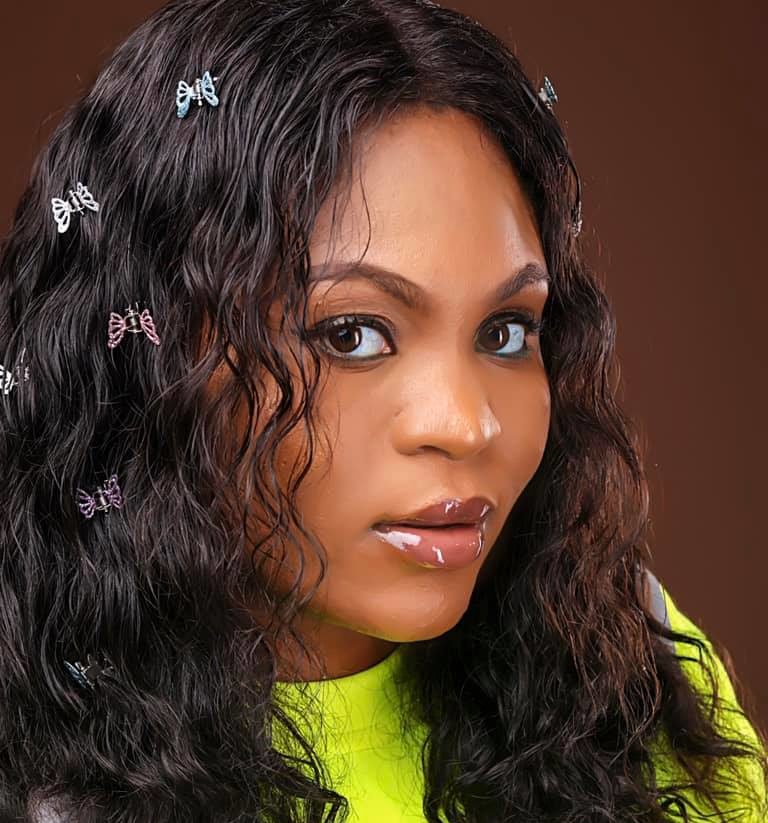