Skip to content
160
By Uzogara Tobechukwu.
Having contested and lost the PDP presidential primary, what’s the next step for Governor Nyesom Wike? Should he pick up the Senate form already held by one of his proteges or should he simply keep quiet and retire into oblivion?
One thing is certain, if Wike does not become a senator now or work his way into the innermost layers of the PDP, his political career may as well have come to an end. And what’s more! If his arch-rival and estranged godfather, Rotimi Amaechi, gets the APC presidential ticket and eventually becomes president, Wike should simply run away from Africa, not just Nigeria!
Unfortunately for Wike, the idea of anointing 42-year old Sim Fubara as the next governor of Rivers State is a short term relief. Most Rivers governors have proven over the years to be vipers that turn round to devour their godfathers. Thus, Wike should not bank heavily on the young man, even if he succeeds in becoming the next governor. His surest political bet would still be to align with Atiku Abubakar to ensure victory for the PDP. This is because an Atiku’s presidency would be his greatest guarantee to continued political relevance.
Conversely, given the huge allegations against him by the EFCC, Wike could remain in the PDP and work with whoever emerges as APC presidential candidate secretly while still openly hobnobbing with his party and Atiku. This is to ensure he doesn’t end his life going from one court to another court and probably ending up in prison! In the end, Wike’s loss at the primaries is not a loss entirely except the PDP loses and Rotimi Amaechi wins! But if Atiku wins, all well and good.
However, if GEJ gets the APC ticket and wins, all the merrier. But if Tinubu wins the APC primaries, Wike should work with him. In politics, as in war, everything is fair! Don’t just be caught sleeping!
Disclaimer: “The views/contents expressed in this article are the sole responsibility of Uzogara Tobechukwu and do not necessarily reflect those of The World Satellite. The World Satellite will not be responsible or liable for any inaccurate or incorrect statements contained in this article.”
Share

Wed Jun 1 , 2022
160 President Muhammadu Buhari is backing the Vice-President, Prof. Yemi Osinbajo as his preferred aspirant ahead of the National Convention of the ruling All Progressives Congress (APC) billed to hold this weekend in Abuja. A senior presidential aide who disclosed this to our correspondent on Monday said Buhari strongly believed […] 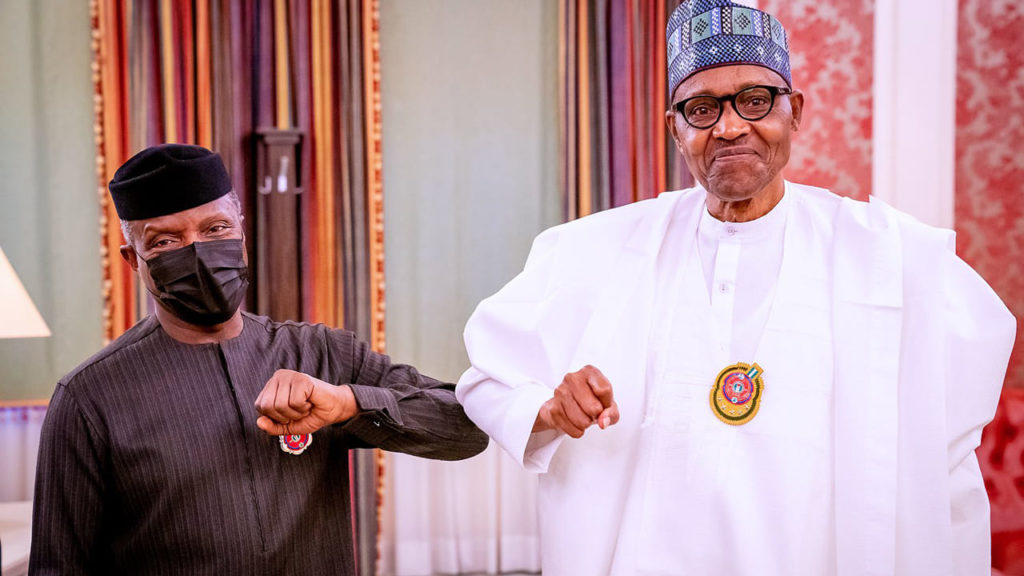