There is a popular saying that the tree that bears the fruits will be stoned. In other words, only fruitful trees are pelted. Following profuse media reports that H.E. Rt. Hon. Emeka Ihedioha CON is among the few persons being considered for the position of running-mate to the PDP Presidential flagbearer for the 2023 presidential election; Alhaji Atiku Abubakar GCON, detractors of the former Imo helmsman have had very little sleep.

They seem to be caught completely off guard by this latest development and seem utterly perturbed as they watch helplessly as Ihedioha’s stock continues to rise. They had already outlined their strategy, braced for political battle, only aimed at scuttling Ihedioha’s bid to reclaim his stolen mandate in the forthcoming Imo State gubernatorial election. But then they had made no preparation whatsoever for this latest development, and are therefore left groping in the dark and grappling at straws.

Ihedioha needs no introduction as his reputation precedes him. His antecedents are well known and in the public domain. His administrative attributes are widely admired, and his political clout and presence are fully palpable. Ihedioha’s credentials are impressive, and his attitude is admirable.

His detractors are well aware of these facts, and thus have the most tedious and unenviable task of working to diminish same. The truth remains that one cannot attempt a diminution of Ihedioha’s qualities, credentials, and antecedents without appearing foolish and/or vindictive.

However, given that some of his detractors have become overly desperate, disregarding how foolish and vindictive they appear in their futile effort to diminish Ihedioha’s rising stock, I consider it germane to refresh my audience’s memory of Ihedioha’s profile, pedigree, and antecedents.

Rt. Hon. Emeka Ihedioha, CON, KSC, is a self-made man whose meteoric rise in his chosen career stems from his intelligence, industry, doggedness, savviness, and dedication. There were sufficient indications early in his life that his aptitude and strength of character marked him out for future leadership. That is why his peers are not surprised over his rise and success in public service and political leadership.

Ihedioha hails from Mbutu, Aboh Mbaise LGA of Imo State, and was born in 1965. He began his primary education at Town School, Mbutu in Aboh Mbaise LGA, completing the same at SDA Primary School, Abule Oja, Yaba Lagos in 1976. He then proceeded to St. Ephraim’s Secondary School, Owerrinta in present-day Abia state for his secondary education. In 1988, he secured admission to study Food Technology at the prestigious University of Lagos where he bagged his Bachelor of Science (B.Sc.) in the discipline.

Rt. Hon. Emeka Ihedioha’s adult life has been one of public stewardship as in 1992, at age 27, he was appointed Press Officer to His Excellency, Senator Iyorcha Ayu, then President of the Senate of the Federal Republic of Nigeria. This appointment was in recognition of his capacity as an intelligent, effective, and committed publicist. Ayu is the current National Chairman of the People’s Democratic Party.

Just within three months of his appointment with Senator Ayu, he was elevated to the position of Chief Press Secretary to, His Excellency, Senator Albert Legogie, then Deputy President of the Senate. Ihedioha returned to his public communications practice as Chief Executive Officer of First Page Communications, a brokerage, media, and marketing firm, upon military-political incursion in 1993.

He resigned from this position to contest an election for a seat in the House of Representatives as a Member representing Aboh Mbaise/Ngor Okpala Federal Constituency of Imo State in 2003 under the platform of the People’s Democratic Party (PDP). He emerged victorious in the said election and was eventually re-elected for a further two terms in 2007 and 2011.

Ihedioha held several key positions while in the House of Representatives, some of which include: Chairman, House Committee on Marine Transport between 2003 and 2007, where he astutely coordinated legislative oversight functions over Nigeria’s maritime sector. His legislative achievements in this area are unrivaled.

Under Ihedioha’s leadership of this Committee, the significant reforms and transformation of the maritime industry, providing a basis for increased participation of Nigerians in the sector, meant the committee achieved unparalleled success. The legislation includes The Nigerian Maritime Administration and Safety Agency (NIMASA) Act, 2007, and the Merchant Shipping Act, 2007.

It is worthy of note that Hon. Ihedioha not only provided leadership but contributed immensely to the perfection of the legislation for the domestication of the International Ship and Port Facility Security (ISPS) Code, which ensured that Nigeria complied with global shipping standards. He, during this period, also personally sponsored and facilitated the passage into law of a private Members bill that established the Council for Regulation of Freight Forwarding (CRFFN) in Nigeria.

This represents one of the few legislations sponsored by a legislator that received Presidential assent. This has served to bring order and better coordination to the sector and has given our local operators a pride of place. Ihedioha, in spearheading the passage into law of this critical bill governing the operations of the maritime sector in Nigeria, recorded an unprecedented feat in the parliamentary history of the country.

This achievement caused the Maritime Reporters Association of Nigeria (MARAN) to award him the Most Outstanding Maritime Legislator. Ihedioha has also served on various committees of the House where he made significant contributions to the growth and development of the legislature in particular and the nation in general.

After winning the 2007 election into the Sixth Assembly, Ihedioha served first as Chairman of, the House Committee on Cooperation and Integration in Africa before he was later elected Chief Whip of the House, a position he held until the end of the Sixth Assembly.

The competence and capacity manifested by Ihedioha in deftly and efficiently handling these tasks distinguished him as a legislator per excellence. His colleagues and the citizens recognized him as a man who could be trusted and entrusted with higher responsibilities of the state.

When Ihedioha was elected unopposed on June 6, 2011, as the Deputy Speaker of the House of Representatives by his colleagues, it came as no surprise. This elevation came despite running contrary to the power rotational/zoning arrangement at the time. This represented the measure of confidence Ihedioha’s colleagues had in his capacity.

Ihedioha helped oversee an efficient, productive, rancor-free legislature by providing purposeful leadership. As Deputy Speaker, he was the leader of Nigeria’s parliamentary delegation to the Third Legislative Session of the ECOWAS Parliament. He also doubled as the Deputy Leader of the Nigerian delegation to the Inter-Parliamentary Union (IPU).

In 2019, Ihedioha was popularly elected as governor of Imo state. His administration– although inexplicably truncated by the apex court– is widely adjudged to be one of the best since the inception of the state as he provided efficient, effective, visionary, and purposeful leadership.

Upon his election as Imo governor, he hit the ground running by ensuring prompt payment of workers’ salaries, digital verification of pensioners and payment of pensions, award of contracts for construction and rehabilitation of roads, the establishment of a treasury single account (TSA) to guarantee accountability, financial transparency, and responsibility, improvement in the agricultural sector, restoration of peace and security, improvement in environmental sanitation, etc.

Furthermore, the sterling leadership exhibited by Ihedioha as the leader of the People’s Democratic Party (PDP) in Imo state and other parts of the southeast has served to sustain the life of the party in the region. The party has benefitted immensely from Ihedioha’s consistency, equanimity, dedication, effective and efficient leadership; and therefore the media report that he is a strong contender for the position of running-mate to Alhaji Atiku Abubakar does not come as a surprise to many people within and outside the southeast.

While this does not represent an exhaustive profile and antecedents of Rt. Hon. Emeka Ihedioha, it suffices to put paid to the banal argument against Ihedioha’s suitability for an even higher office put forth by some disgruntled and ignorant elements, including one faceless group identifying itself as the Global Association of Concerned Imo Youths.

Fri Jun 10 , 2022
169 Sequel to the Successful conclusion of the political parties’ Presidential primary elections, and the emergence of flag bearers for the various Political Parties, the Founder and Executive Director of the Child Education and Crime Eradication Foundation, (CECEF): HRM Dr. Evelyn Eyo-Honesty Ogbogu, has called on the political parties and […] 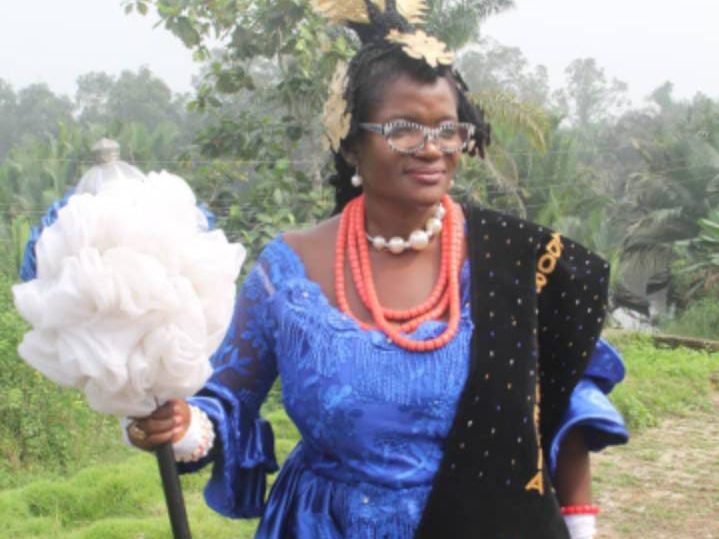