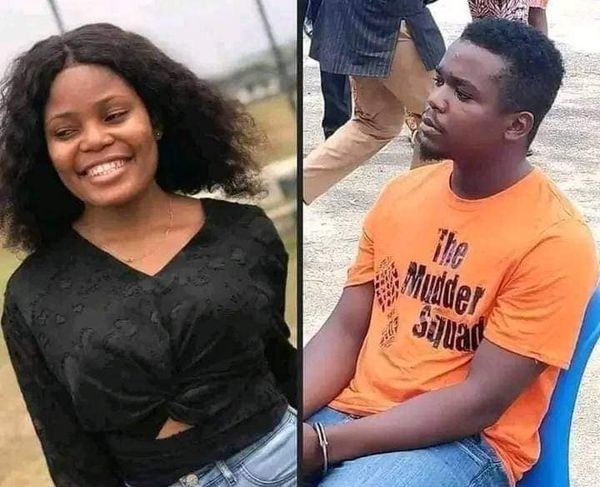 His fall from Grace to Grass is truly heartrending. From a fine boy to a prison boy and finally, to a condemned convict! A sad trajectory.

Once upon a time, Uduak Akpan was the son of a rich dad, attended a private university, drove posh cars, and lived in palatial duplexes. He was so handsome and rich that even ladies drooled at his sight. How he allowed the demons to get hold of him is a lesson in addiction and morality.

In a twinkle of an eye, this spoilt son of a rich dad lost it all. And in losing it all, he dragged his father and sister into his peculiar mess of a murder case. Thankfully, his “innocent” dad and sister have been discharged and acquitted while the chief culprit has been made to dance to the music of his crime.

For sentencing Uduak Akpan to death by hanging, the law has once again proven that it’s no respecter of persons or statuses, even though it happens sparingly in Nigeria. Iniubong Umoren may be dead and gone, her soul can finally rest in peace, knowing full well that justice has been served at long last!

Sat Aug 6 , 2022
58 Former President Jonathan left Abuja for Nairobi on Friday leading a team of observers for Kenya’s general election scheduled for August 9. Mr. Jonathan would serve as Head of the Electoral Observation Mission of the Electoral Institute for Sustainable Democracy in Africa (EISA). EISA has deployed a full team […]