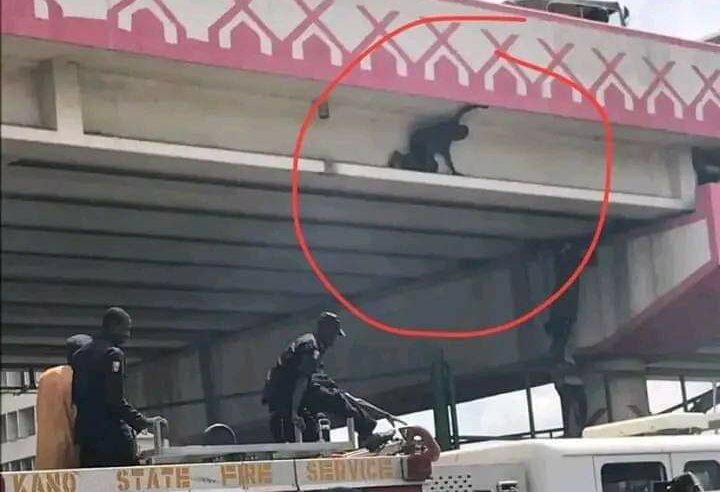 The Nigeria Fire Service, on Friday, rescued a 15-year-old boy who was trapped inside a layer of an elevated bridge located at ‘Kofar Nasarawa’ in the Kano metropolis.

Kano State Fire Service spokesman Saminu Abdullahi told Newsmen that the boy was rescued unharmed and handed over to police.

Abdullahi identified the teenager as Hamza Hayaha, a resident of the Sharada neighborhood, who fled his home for about three months fearing punishment.

“He spent three months wandering between the Kofar Nasarawa flyover bridge and the GSM market of the agricultural center within the metropolis.

“The boy lost his mother, he was staying with his father, he ran away from home after one of his neighbours, who owns a grocery store, sent him with N4000 to buy things for him.

“He spent the money and is afraid to go home for fear of punishment for the money. God willing, we have managed to rescue him and hand him over to the Kwalli Police Division in the state,” the spokesman said.

“We asked him how he got stuck on the overpass, he said he found himself there without knowing how,” Abdullahi added.

Sat Aug 6 , 2022
245 By Odion Okonofua. American reality TV star Kim Kardashian and her boyfriend, Pete Davidson have called it quits. According to several reports, the couple called it quits this week. “Kim and Pete have decided to just be friends. They have a lot of love and respect for each other, […]