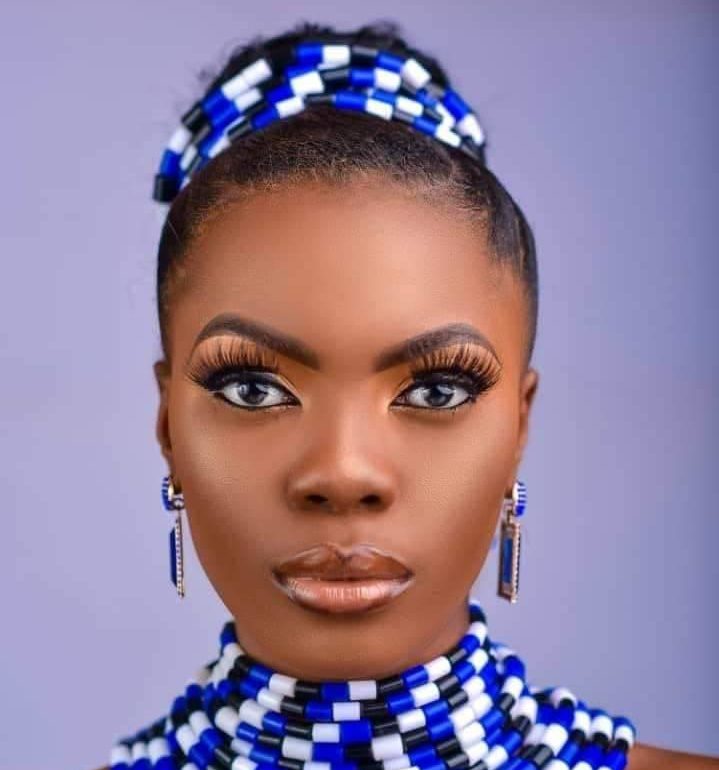 Female genital mutilation (FGM) is a traditional harmful practice that involves the partial or total removal of external female genitalia or other injuries to female genital organs for non-medical reasons.

In this interview with Ken Gbados, the reigning Face of Igede Nigeria; Queen Eje Inayi Favour frowns at the secret practice of Female Genital Mutilation in some villages of the Igede Community of Benue State despite medical reports and advocacies. She also sheds light on its complications, and the best way to curb the practice in general.

You will be featuring in an Igede-staged short drama on Female Genital Mutilation; What does this mean to you as a person?

First, in the Igede belief system, female genital mutilation is practiced to preserve family honor, protect female virginity, prevent promiscuity, increase sexual pleasure for husbands and also enhance female fertility.  Though the practice has been abolished, some people still practice it secretly in the localities.

The primary focus of the short drama is to add voices to the campaign against FGM. So, participating in this stage drama means a lot to me because it is a way of telling my story and speaking out for a lot of other girls who are ashamed to speak out.

I was a victim of FGM and I used to be ashamed to tell my story, but this stage drama will accord me that platform to contribute to creating awareness for people in the villages and localities to learn. The drama will be voiced in the Igede language, though mixed with English.

In your viewpoint, why is Female Genital Mutilation absurd and unacceptable?

In many of the countries where FGM is performed, it is a deeply entrenched social norm rooted in gender inequality where violence against girls and women is socially acceptable. As such, girls are at the risk of undergoing female genital mutilation, the majority of whom are cut before they turn 15 years old.

Again, FGM has no health benefits and often leads to long-term physical and psychological consequences. Medical complications can include severe pain, prolonged bleeding, infection, infertility, and even death. It can also lead to an increased risk of HIV transmission.

Women who have undergone genital mutilation can experience complications during childbirth, including postpartum hemorrhage, stillbirth, and early neonatal death. Psychological impacts can range from a girl losing trust in her caregivers to longer-term feelings of anxiety and depression as a woman.

Is Female Genital Mutilation a violation of the rights of girls and women?

FGM is a violation of human, sexual and reproductive health rights of girls and women and it should not be encouraged. For the umpteenth time, FGM has no health benefits; it can lead to not only immediate health risks but also long-term complications to women’s physical, mental and sexual health and well-being.

Additionally, the practice is recognized internationally as a violation of the human rights of girls and women and as an extreme form of gender discrimination, reflecting deep-rooted inequality between the sexes. As it is practiced on young girls without consent, it is a violation of the rights of children.

FGM also violates a person’s rights to health, security, and physical integrity, the right to be free from torture and cruel, inhuman, or degrading treatment, and the right to life when the procedure results in death.

As part of the Sustainable Development Goals, the global community has set a target to abandon the practice of female genital mutilation by the year 2030.

You mentioned that People still practice Female Genital Mutilation secretly in the villages, what actions can be taken to end this inhuman act?

Ending FGM requires action at many levels, including by families and communities, protection and care services for girls and women, laws, and political commitment at the local, regional, national, and international levels.

Cases of FGM should be reported and should attract appropriate sanctions. There is a law against Female Genital Mutilation in Nigeria (Violence Against Persons Prohibition Act 2015). This Act was signed into law by former president Goodluck Jonathan but unfortunately, only about 9 states in Nigeria have domesticated the said law.

FGM is a crime committed by one’s parent, and it is almost impossible for a child to want to report her parent to the law enforcement agency. That is why the need for a campaign to sensitize village chiefs, kings, and parents both in the rural and urban areas against the act is very essential.

Also, Doctors and nurses should be informed to preach it to mothers at antenatal classes. As far as this awareness has been created, anyone who is still practicing this inhuman act secretly should be arrested and prosecuted with appropriate sanctions. An agency should be charged with arresting and prosecuting parents and practitioners of FGM to curb these things

A Peep Into Peter Obi's Presidency

Mon Aug 29 , 2022
280 The simple objective of this essay is to help Nigerians have a glimpse of what’s likely to happen under Peter Obi’s presidency. I’m not against him and do not wish to be dragged into the morals of supporting or not supporting him, it’s all politics. Politicians are like seasons […]