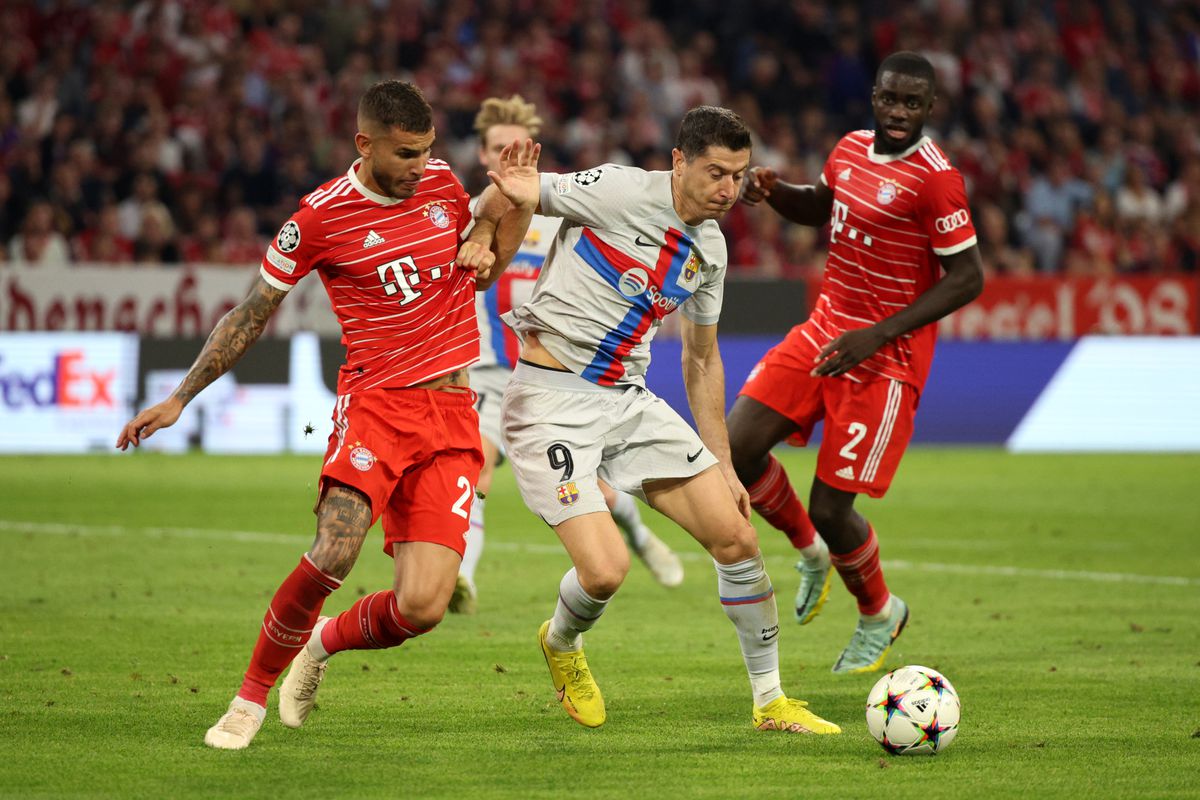 Once again at the Allianz Arena, Barcelona left as the losers after Bayern Munich showed their superiority. It was a very different occasion to the famous 8-2 defeat this time, though. There is a feeling that Barcelona could have won the game and had more to give in the 2-0 defeat.

They were the superior team in the first half that ended 0-0 and Xavi Hernandez‘s side should have been ahead. Former Bayern striker Robert Lewandowski had a host of presentable chances, one of which has to go down as a bad miss.

They didn’t allow their opponents to get the ball out comfortably and forced them to make mistakes. Everyone worked hard, but special mention should be made of Sergio Busquets and Gavi who won the ball countless times.

Pedri‘s game was also excellent. He was all over the pitch and was the axis through which all Barcelona‘s attacking play passed.

The pity was the two chances he missed, one in each half. Barcelona was able to create a lot of chances against Bayern Munich in their half and very few teams manage to reach Manuel Neuer‘s goal so often and this point is very positive.

Lack of Finishing and Quality Defending Against Bayern Munich

With as many chances as they created, Barcelona could not leave with a clean sheet. They missed them all. Lewandowski, who never misses, was unrecognizable in his former home.

Pedri also had the two aforementioned chances, while Raphinha had several chances in the second half. Ansu Fati and Ferran Torres were also unsuccessful.

In Europe, and against opponents of this caliber, missing chances is very costly. The defense in the second half was unrecognizable from the first. First of all because of the big mistake in the first goal.

Lucas Hernandez went in alone to finish, but he did so in an area where the goalkeeper has to be in control. The penalty area is Marc-Andre Ter Stegen‘s territory.

After a Long Break; Wizkid Returns With “Bad To Me”

Wed Sep 14 , 2022
64 After two years of hiatus, one of the hugely influential African artists; Ayodeji Ibrahim Balogun popularly known as Wizkid, aka Big Whiz of (Starboy Entertainment), has returned with a brand-new smash song titled “Bad To Me.” With the raving Amapiano sound buzzing everywhere, Starboy decided not to be left […]