I took the title “the swindle called independence” straight out of a 1975 article by Chinua Achebe. Arguably Africa’s finest storyteller of the modern era, Achebe knew how to tell stories and make succinct points.

It is almost impossible not to agree with him. And even when you don’t, your eyes, ears, and minds leave with the fulfillment that can only come from an encounter with genius.

Yes, Achebe left us nearly a decade ago, but not without a ton of axioms, each destined to live forever in our shared consciousness! It is not for nothing that we have crowned the father of modern African literature.

Through his first novel, Things Fall Apart, “the archetypal African novel,” as Anthony Kwame Appiah calls it, Achebe achieved canonization, to use the words of Dan Izevbaye.

I can continue singing the praises of Achebe and maybe at some point deteriorate to ranting against the Nobel Foundation and Committee for denying Achebe a laurel. But then, we must go back to the crucial issue at hand—an appraisal of Africa’s independence, beginning from what Achebe thought about the historical event or process.

Independence as a Collusive Swindle

According to Achebe, independence was a great collusive swindle that did not take long to reveal its true face to us. And when it did, “we were dismayed; but only momentarily for even in our defeat we had gained something of inestimable value—a baptism of fire.”

As a storyteller, primarily, Achebe’s critical opinions are often also embodied in the characters and plots of his novels. His five novels dance around the theme of colonialism. At least two are set in precolonial and colonial Africa, surveying the exciting and eventful life of native people just as they were beginning to be bothered by intruders and plunderers.

The rest of the novels are on post-independence disillusionment—a recurring theme among writers of his golden generation. By the time he was writing A Man of the People, Achebe had already seen through the swindle that independence is. It did not bring half the things it had promised. It did not enlarge our freedom.

Achebe is not the only African writer to have spewed cynicism on the independence rhetoric. For Ngugi Wa Thiong’o, Africa’s independence was a farce, independence with a question mark.

“To the majority of African people in the new states, independence did not bring about fundamental changes. It was independence with the ruler holding a begging bowl and the ruled holding a shrinking belly.” While Ngugi hardly ever agrees with Achebe, he does, at least on this one point.

However, it is not enough to describe independence as a hoax and look for corroboration in authoritative literary voices. It might be helpful also to analyze the reason the scam was successful.

This might be the first step to rescuing the deplorable situation. However, before going any further, we must smash the myth that sees European powers voluntarily relinquishing their powers. “Nothing could have been farther from the truth,” says Dane Kennedy.

According to him, “For imperial states that were unable to keep colonial people under their control, it was preferable to portray their loss of power as an act of altruism, the realization of their long-standing claims that they were preparing their colonial charges for the responsibilities of self-government.”

Historical events, the second world war chiefly, significantly weakened European powers while emboldening African palms and hearts. According to the vision of Azaro in Ben Okri’s Infinite Riches, African World War II heroes return from the battlefield with the message that the white man’s power was both real and an illusion, “a reality that hadn’t been faced and an illusion that had been accepted.”

These heroes inspired their compatriots to face their colonial nemesis. Soon, the colonialist had no choice but to grant independence to African peoples and lands, but not without final desperate attempts to swindle us.

This swindle was, however, not just what happened on the eve of independence. It was not just the colonialists’ last desperate attempt to rewrite history and destroy incriminating documents, such as those on dividing up countries and redrawing boundaries, as we find once again in the vision of Azaro, the spirit child.

It was also not just Europe’s last-minute strategizing to perpetuate its hold on to power while giving the impression of having bequeathed it. The swindle is an elaborate process that took numerous forms and dimensions and spread throughout the length of time Europe planted its flags on the African continent.

Instruments of this Swindle

While exhausting them will be too ambitious an endeavor, we can single out two for close appraisal.  Firstly, the creation of nation-states. This took place at the beginning of official colonization and was consolidated on the eve of independence.

Basil Davidson rightly explains in The Black Man’s Burden that “Colonial partition had inserted the continent into a framework of purely artificial or often positively harmful frontiers.”

According to him, nationalism, “Europe’s last gift to Africa,” has also proven to be more a burden than a blessing. “Its brutalities outmatches its mercies. Its losses efface its gains several times over.”

Forcing diverse people who share nothing in common except humanity has almost always led to war and ongoing tension. Nigeria is a case study. With over 250 languages, the “geographical expression,” as Obafemi Awolowo preferred to call Nigeria, comprises peoples and kingdoms with diverse histories, languages, and cultures.

Forced together by Lord Lugard’s glue and expected to live in peace and harmony, this has hardly been the case. The 1967-1970 civil war, which saw over a million people perish, is one of the many ethnic clashes Nigeria has witnessed since independence.

Perhaps Nigeria is more appropriately a state-nations than a nation-state since, following Dane Kennedy’s criterion, it has often struggled unsuccessfully to incorporate different ethnic groups.

Simultaneously transmitted with this disguised vision were lies and myths told about Africa’s people, land, culture, and history. The consequence is that colonial education led to the colonization of the African mind, history, and hope.

The African mind was programmed or tampered with. As a result, the twin categories of independence and self-actualization have either been eradicated or remolded to suit Europe’s agenda.

Chinweizu famously decried our “cargo mentality,” that is, our wishful expectation for manna from oversea and our perpetual inferior posture, typical of beggars and of those whose minds have been manipulated.

We look overseas for financial aid and economic development, political salvation, and even social affirmation. Our leaders cannot stop begging and borrowing from the West. Our ideas of progress, development, and culture are shaped by Western ideals.

We watch more foreign media than local content. Our skins are desperately becoming whiter, for being white is what it means to be beautiful and desirable. We gained independence only to have become more dependent than before.

My suggested solution is simple and barely requires a paragraph. First, we must go back to the days before independence, that is, the colonial era. We desperately need to recover what was stolen from us, repair what the intruders messed with, reclaim our narrations, and write our prehistories.

Then we must journey to the eve of independence. We will do well to tone down our naïve and premature celebration. Instead, we will spend the day in somberness as we carefully renegotiate our nationhood.

We do not have to keep accepting what Wole Soyinka has rightly called the fictitious concept of our nationhood. It is time we stay together only because we have truly and freely decided to stay together and not because the United Kingdom says we must.

Finally, we must stop inviting our colonialists to our independence parties. Yes, they are welcome to our every other event, but not to our Independence Day event. Do we celebrate thieves for returning stolen goods? 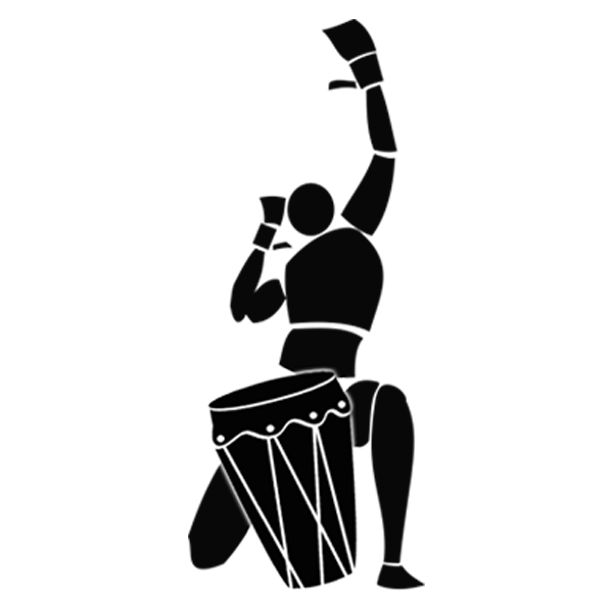