The 7th episode of “House of the Dragon,” titled “Driftmark,” gives us a glimpse of the conflict that was going to engulf Kings Landing sooner than later.

Being surprised: a mixed bag, it turns out. There’s a certain thrill, in this landscape of endless streaming and must-watch television, when a show shocks you; a moment to sit back, eyes wide open, and exclaim, “I can’t believe they did that.”

On the other hand, we’ve become so accustomed to adult-rated TV, so inured to the blood-drenched weddings and deadly South Korean game shows, that it takes something startling to prompt that emotion these days.

This leads us to House of the Dragon’s seventh episode, ‘Driftmark’, where a child viciously slashes another child’s face and cuts his eye out. Event television!

The children’s open warfare was preceded by some frosty goings-on between their parents. If ever there were an argument for House of the Dragon’s more intimate approach to its predecessor, its argument for a slimmed-down monarchy, here it is.

The various Targaryen, Velaryon and Hightower families – never more than a couple of degrees of separation from each other’s bloodlines – have gathered in Driftmark, following the death of Laena Velaryon. 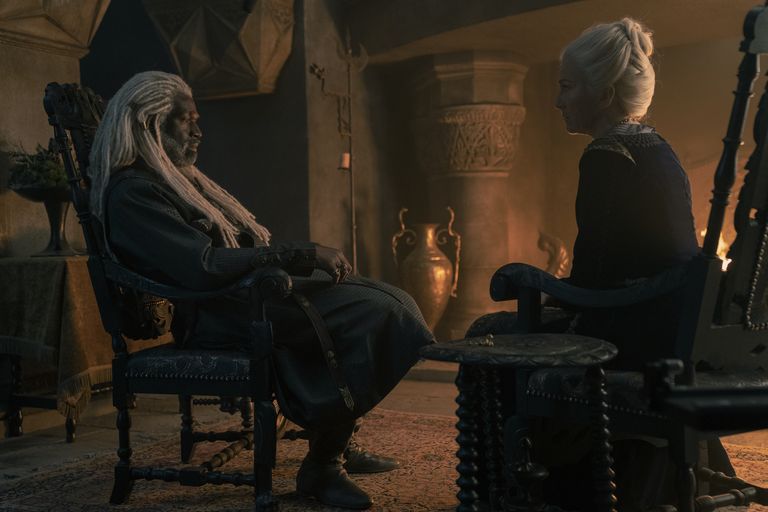 That opening sequence, comprising an awkward funeral and even more awkward wake, was that rare Westeros event: a social gathering where no one is assassinated. Instead, the drama emerged from the family dynamics; the loaded stares between former friends, relatives and lovers.

A non-exhaustive list of unaired family laundry: Rhaenys (Eve Best) is furious with Rhaenyra (now a grown-up, played by Emma D’Arcy) over the legitimacy of the heir to the throne’s children.

Rhaenyra has some lingering stress with Daemon (Matt Smith), from whom she remains estranged after their dalliance in a Flea Bottom brothel; Alicent (Olivia Cooke) is pissed off with Rhaenyra for lying about said relationship, and also the legitimacy of her children (that friendship is one of the best parts of House of the Dragon).

Viserys; a suitably dishevelled Paddy Considine, oversees this wreckage, probably hoping a dragon will burn him to a crisp too.

While the adults like to deal with their frustrations with shady backroom deals – or, as in last week’s episode, ‘The Princess and The Queen’, by burning down an entire building – the children favour a direct approach.

Aemond, fed up with not being able to command a dragon, takes a midnight joyride on Vhagar (Laena’s dragon, snoozing mournfully on a beach), thereby taming the beast. Laena’s daughters, understandably upset, confront the little prince.

Rhaenyra’s sons, Lucerys and Jacaerys, join in. Aemond calls them bastards, Lucerys cuts out Aemond’s eyes. Okay! Inevitably, it leads to a rupture among the adults, with Alicent demanding Lucerys’ eye be cut out too.

On-screen violence against children isn’t new; a child was burned at the stake in Game of Thrones, and kids murdered each other in The Hunger Games and Battle Royale. But there was a real bite to this fight.

Maybe because these children are so well-cast, so creepily presented. Maybe because their parents’ insecurities have passed down so pitifully to the next generation. Maybe it’s because you see a child’s eye socket stitched up.

Is such bloodshed really necessary to depict? Outgoing showrunner Miguel Sapochnik has admitted that the scene was “quite taxing” to shoot.

And it might be the final straw for anyone not already turned off by the first episode’s fatal caesarean, or those flesh-eating crabs, or last week, where a woman commanded a dragon to burn her and her unborn child during labour.

But eight seasons of Game of Thrones have instilled an unusual moral compass in its viewers, nowhere clearer than in the romance section of this week’s episode; the subdued wedding of Daemon and Rhaenyra. Do they have chemistry? Yes. 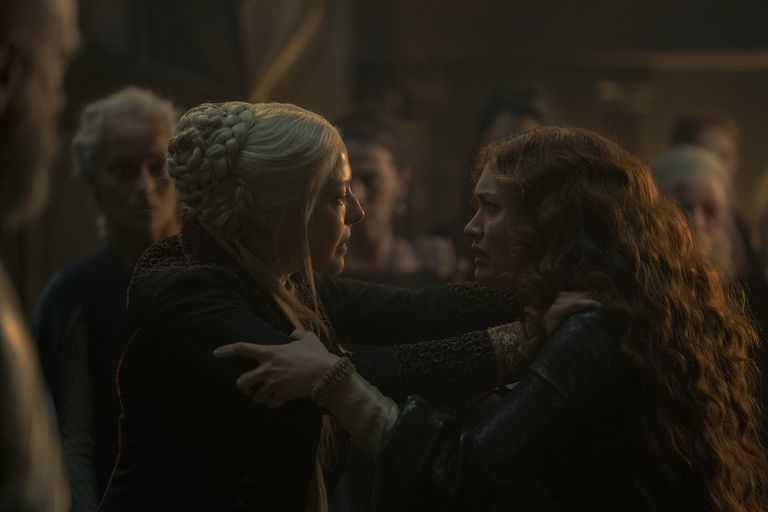 Is it possible to believe that Rhaenyra, after the unthinkable death of her lover, years of mutterings about her sons’ legitimacy, and all the pressures of being the heir to the Iron Throne, would find comfort in her uncle, likely one of the only people in Westeros who could begin to understand her? Yes. Are we watching an uncle and niece having sex on the beach? Also yes.

The only problem? Rhaenyra’s husband, Laenor. They can’t marry with him still alive. Not a problem for Daemon, who swiftly engineers the murder of his dead wife’s brother. In minutes, Rhaenys is crying over the burnt body of her remaining child.

House of the Dragon can barrel through these storylines mostly thanks to its shrewd pick of actors. Smith, simultaneously smarmy, caring and a little lost, balances against D’Arcy’s wounded and resolute Rhaenyra.

That their relationship has been enriched, rather than overwhelmed by the casting change, is all the more impressive. “Fire is a prison, the sea offers an escape,” Rhaenyra opines, and, magically, you buy such a ridiculous line from D’Arcy.

The final twist – that Laenor survived the attack – provides House of the Dragon with its first, proper heart-thumping moment. The prequel has shown promise before, with its more nuanced characterisation and small-scale approach, but ‘Driftmark’ was the first time these have alchemised into exhilarating television.

It’s a good thing for both the show and HBO’s world-building risks; the stage is set for more compelling drama, and, inevitably, many, many more seasons.

Wed Oct 5 , 2022
138 As Nigeria joins other countries to mark the 28th anniversary of World Teachers’ Day with the theme ‘The Transformation of Education Begins with Teachers’, Olusegun Fashakin examines teachers’ preparedness to lead the transformation. The parlance that describes individuals of greater values and contributions to the world, tagged to be GOAT (Greatest […] 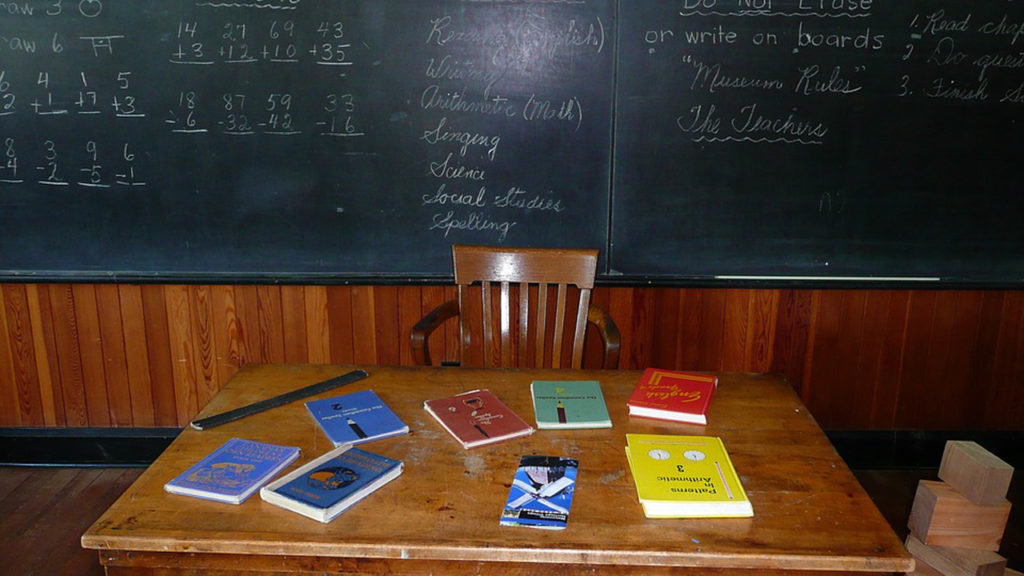