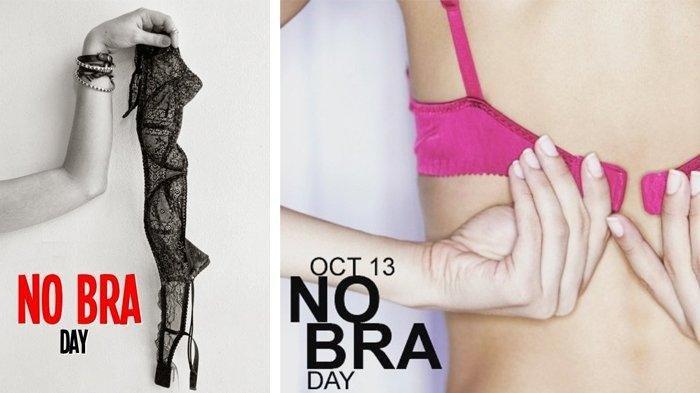 Although a controversial event in the eyes of some, National No Bra Day has been running since 2011, with the message of raising awareness for the importance of breast cancer screening, recognizing the symptoms of breast cancer, and regular self-examinations in the fight against breast cancer, by encouraging women to leave their bras at home on October 13th.

All over the world, October is Breast cancer awareness month and ladies are encouraged to forgo their bras on No Bra Day to raise awareness of breast cancer.

While it is a holiday focusing on breast health and comfort, it is also a day to show support for women who have been survivors of breast cancer or are currently battling breast cancer, especially women who have had a mastectomy- a surgery to remove all breast tissue from a breast as a way to treat or prevent breast cancer.

These women who are breast cancer survivors usually need to wear a prosthesis (artificial breasts) to hide the fact that a breast or breasts have been removed, which prevents them from going out without putting on a bra.

Originally, No Bra Day was first celebrated on July 9, 2011. However, after three years it was shifted to October’s National Breast Cancer Awareness Month’s 13th day.

Some breast cancer signs are lumps, rashes, redness, discharge, and soreness around the nipples as well as changes in the texture and look of the breast.

The health benefits of going braless for at least a day are improved breast skin condition from dirt, sweat, pores, and irritations. Non-sagging breasts as your breasts get enhanced.

Read Also: What You Don’t Know About Pre-Marriage Medical Tests

Not wearing a bra can strengthen your breasts and give them a muscular tone. Increased blood flow as wearing a bra all day can be uncomfortable.

Fri Oct 14 , 2022
187 ASUU (Academic Staff Union of the University) on Friday suspended its eight-month-old industrial action conditionally during a meeting of its leadership that started on Thursday night and lasted into the early hours of Friday. The meeting was called by the union to determine its next line of action after […]