Nollywood Producer; Olajide Kareem, popularly known as Seun Egbegbe who recently regained freedom after several years in custody has talked about his ordeal in detention.

In a recent interview with BBC Yoruba, the filmmaker exposed how 95 percent of those close to him abandoned him while he was in detention. He however stressed that high-profile individuals he never expected were the ones who stood by him throughout his ordeal.

Also, Seun Egbegbe noted that although he is not a saint, he is still grateful he went to prison because it made him a different person. “Giving my life to Jesus Christ was my biggest achievement while in prison as I am now a changed person.

“I am born-again now, there’s a difference between the Seun Egbegbe of before and now. There’s a 100% difference.

“I will never raise my hand to hit any woman again. No matter what your woman does, don’t hit her. Any man that raises his hand to hit a woman, cannot do anything with that hand again.”

The Ordeal of Seun Egbegbe

On February 10, 2017, the movie producer was remanded in prison for allegedly obtaining money by false pretense from about 40 Bureaus De Change operators. Seun was said to have obtained the money between 2015 to 2017.

The filmmaker was accused of swindling the BDC operators by claiming that he had naira to change into foreign currencies.

The court had granted him N5 million bail. The movie producer was unable to fulfill his bail conditions, leaving him in custody since then.

However, Egbegbe was recently acquitted in court after spending five years and eight months in custody.

Rihanna: A Pop Superstar and Businesswoman

Fri Oct 28 , 2022
105 Rihanna, who just made a historic return to the music scene with the release of a new single; ‘Lift Me Up’ has continued to reinvent herself as a pop superstar and a business mastermind Declared Barbados’ first billionaire by Forbes earlier this year, Rihanna recorded the new single for […] 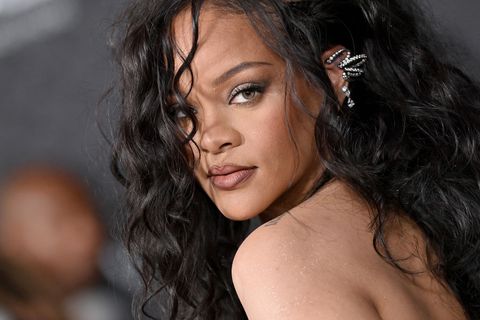