Owerri West Constituency is one of the state constituencies in the legislative arm of Imo State that play an important role in domesticating and monitoring the implementation of Sustainable Development Goals (SDGs) in the state.

In democratic societies, the legislature is the watchdog over other organs of government and society. It is one of the major instruments of entrenching accountability.

It controls through legislation all economic, social, and political activities of the nation. It also scrutinizes the policies of the executive and provides the framework for the judiciary to operate.

Therefore, the position of a state legislature comes with a lot of responsibilities and considerable nationwide wide influence given the fact that the bulk of developmental strides that shape the overall economy of the state lies squarely with how well these legislatures can pilot the affairs of their respective oversight functions.

To a large extent, it is a major platform for such a holder to put in place measures to ameliorate the sufferings of the majority of Nigerians who are impoverished and economically weak.

Imo state and Owerri West Constituency are of particular interest. It is a state and a constituency where a man of national significance and influence in the person of Mr. Rogers Augustine Nwoke of the People’s Democratic Party hopes to bring a quality representation for the good people.

Going by his progressive ideologies, and unprecedented political and administrative profile, people are finding it difficult to write him off and his political constituents are upbeat about electing him in 2023.

Fortuitously, various support groups and stakeholders in his constituency have endorsed his candidature. Visibly among them is Mr. Lucky Opara.

Mr. Lucky Opara; a political stakeholder in the Owerri West Constituency has severally maintained that Hon. Rogers Nwoke is visionary and understands the germane issues of governance, the people crave in the constituency.

Asserting his views in an exclusive media chat, Mr. Opara noted that at a period the people of Owerri West and the state at large are in dire need of a new direction, there is a need to look within to unravel men of honor and integrity.

He further noted that Hon. Nwoke is not just a choice of the people but God-sent, pledging that the youths of the constituency are already massively mobilizing support to ensure that Owerri West is given a voice in critical affairs of governance in the Imo State House of Assembly.

Continuing, Opara highlighted that Hon. Nwoke is blessed with uncommon milk of human kindness and he has been charitably responsible for the implementation of capacity development programs for the Microfinance sector, Agricultural industry, Entrepreneur support, and livelihood enhancement programs for low-income earners in Nigeria.

“We will no longer play the second fiddle at the legislative House of our state. We need a man who commands the people’s appeal, a man who wields a visible track record in serving the public, and a man who is known at the grassroots.

“Our constituency will solidly back the man who has been anointed for this assignment. We are not oblivious to the scheming of undemocratic elements who thrive in electoral fraud.

“We have left the past to be what it is but we have a great influence over our future. We must take our destiny into our hands and support competence, light, and progress” he said.

For political observers in Imo State, Hon. Rogers Nwoke seems to be riding on the crest of the desire of the people for more qualitative legislation/oversight functions in a way that promotes service delivery and a better standard of living for the people come 2023.

He is a successful entrepreneur, an astute Politician, and an administrator of repute. A boardroom guru with a wealth of experience, he has a proven record of success in administrative governance and business management.

Nwoke has received several recognitions in Nigeria and abroad for his impact on society. But the reward for his excelling contributions to a better society is not just in the plagues that dote around the wall.

It is in seeing the less privileged cared for, seeing equity in wealth distribution. Supporting women and youths to build back their economic and social life are some of the projects that fire up his passion.

Realistically, it is believed that Mr. Rogers’ candidacy, among other things, is meant to enhance inclusiveness in elections as he would bring a progressive ideology and agenda to legislative/oversight functions.

Thus, if elected as a member representing Owerri West Constituency in the Imo State House of Assembly come 2023, he will, alongside other equally progressive minds exhibit what true representation of the people should be.

Wed Nov 9 , 2022
118 Amb. Rita Chika Ezenwa popularly known as Queen Nerita is the reigning Miss Face of Humanity (MFOH) Nigeria. Described as an amazon, woman valor, and pathfinder of a rare breed, she is seen as a symbol of hope, with an adorable sense of belonging and respect for humanity. Driven by […] 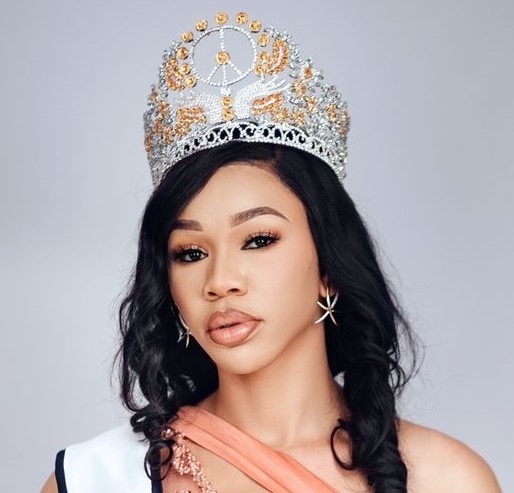