The Sultan of Sokoto Alhaji Sa’ad Abubakar has stressed the need for Members of the Academic Staff Union of Universities, ASUU to embrace dialogue and jettison the idea of embarking on another strike action.

Speaking in Osogbo on Wednesday at the official commission and handover of Bola Babalakin Guest House to Fountain University, Osogbo, the Sultan lamented the valuable time of numerous students wasted on account of the eight months protracted industrial dispute between the union and the federal government.

“So, when you have a problem with anyone, what you should do is to sit down and dialogue in an honest way and once you have agreed on any terms, please try to implement your agreement.

“But if you think you can not, come back to the table again and discuss more, then you can have other alternatives to solve the problem.

“Not embarking on a strike that will affect the children, I know how our children have been affected psychologically and emotionally by the 8 months strike, and I think that is not good for us.

“I have been pleading with ASUU, I have been part of a negotiation team with ASUU at the federal government level and I know what we have discussed, there are things that we could have done more, to be honest with one another in ensuring that our children whom we all care for remain in school and graduate at the right time.

“No matter how bad a university is, the school turns out thousands of graduates who are excellent and brilliant, why do we have to continue fighting over some little issues?

“The government can not fund all educational issues, people should come out and help to fund public tertiary institutions so that we can have a better situation in our schools, especially our universities”, he stressed.

Also, commending the Babalakin family of Gbongan who built the edifice, the referred monarch called on wealthy Nigerians to emulate the family by complementing government efforts by rendering support to citadels of learning adding that no government can single-handedly fund education for all.

Thu Nov 17 , 2022
76 I wouldn’t have been interested in the drama playing out in the Imo PDP as it concerns their Presidential Campaign Council list, because even if the most loved Imo man in history like Dee Sam Mbakwe is brought back to life today to lead a presidential campaign for any […] 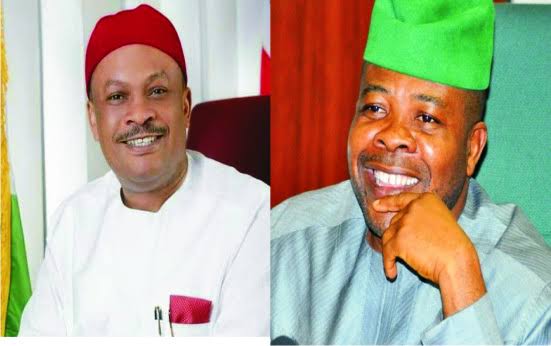