In less than 48 hours of taking over as the executive governor of Osun State, Ademola Adeleke has sacked 12,000 workers, demoted 30 permanent secretaries, dethroned 3 traditional rulers, dissolved all non-statutory boards.

He also reversed the name of the state from “The State of Osun” to “Osun State,” and  went further to freeze the state’s accounts and asked all creditors and debtors to be at a standstill.

If there’s anything more, the new governor of Osun State has proven that he is going for the scrotum of his predecessors – Gboyega Oyetola and Rauf Aregbesola.

The new henchman is clearly in power to extract a pound of flesh from those that have mocked him and denied him the opportunity to savouring victory in 2018. It’s surely a payback time.

Without a doubt, Adeleke definitely needs the cleanup he is currently doing but he must do it with a human face. While I support his cleaning-up efforts, he must learn that the current political dynamics may not be what they were six months ago when he was contesting for the governorship seat.

Trying to make himself an open enemy of Tinubu’s presidential efforts may boomerang on him in the long run. If he allows himself to be used as a clog by the PDP behemoth, he may find himself in tight straits in the next few years if Jagaban eventually becomes president.

He really needs to thread with caution for the sake of his political future and the peace of his state. This is obviously not the time to play to the gallery.

Wed Nov 30 , 2022
84 Emeka Ihedioha does not threaten anyone’s ambition in the PDP, it is rather those outside the PDP that is threatened by the likelihood of Ihedioha’s emergence as the governorship candidate of that Party. A political Party can be compared to a professional football team, they do not change their […] 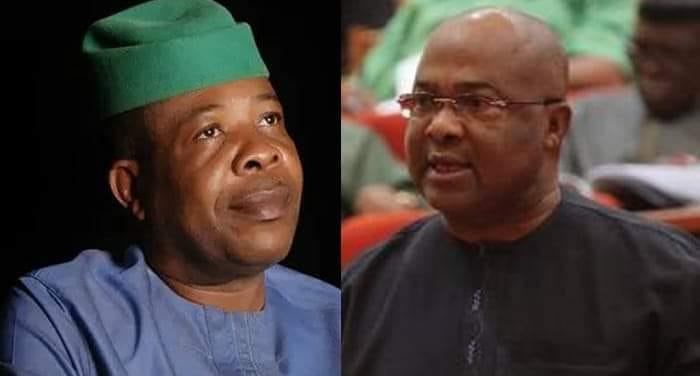