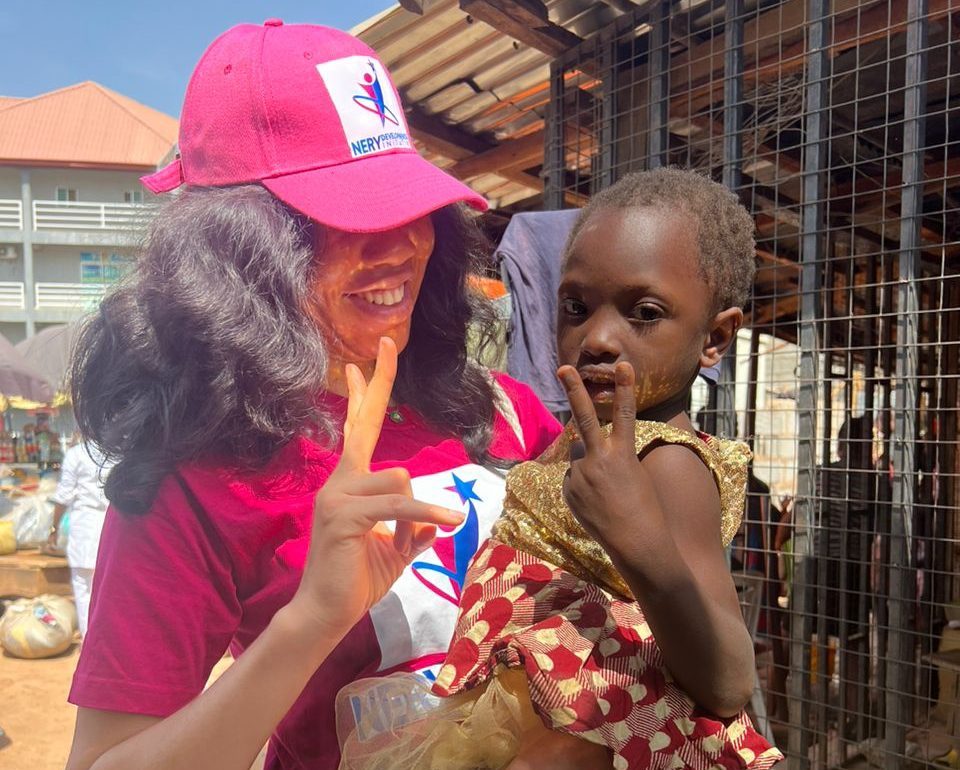 In a bid to help assuage what can best be described as a season of lamentations at Christmas, the prominent humanitarian and advocacy organization; the Nery Developmental Initiatives (NDI) has urged Nigerians to remember the poor, weak, and disadvantaged as our legacy is measured by our love for humanity.

As a testament to the commitment of the organization to advancing the course of humanity, NDI on Friday took to the streets and the slum areas of Abuja to share some valuables with the disadvantaged, with special emphasis on the aged.

Speaking exclusively to The World Satellite Magazine on the sidelines of the outreach exercise, NDI’s Founder and Executive Director; Amb. Rita Chika Ezenwa proudly informed that giving and caring for others is the most important essence of Christmas.

The reigning Miss Face of Humanity (MFOH) Nigeria said she was full of joy to identify and celebrate with the aged women because the pain, anguish, hopelessness, and bitterness written on their faces tell a sad story.

“Every 23rd of December has been a very special day in my life. It tells a lot of stories I am not ready to share now. My motivation for this outreach stems from my experience while growing up.

“I know how difficult it could be for most families during this period especially the elderly ones who don’t have people to look out for them”, Amb. Ezenwa stated.

While wishing them happy celebrations, the entrepreneur and ardent humanitarian fondly called Nerita explained her reasons for taking to the streets and the slums instead of the ‘usual’ orphanage visits that have characterized such outreach.

“Everyone visits the orphanage, which is good, but most times the aged in the slums are forgotten. I do understand that the aged in these communities are hardly taken care of. As my team and I observed here today, most of them are sick, with no proper medication or food to eat.

“I have aging parents who are getting weak as the day goes by and I know how much care and love they need. Therefore, aside from helping to support kids with autism and special needs in particular and kids who cannot afford education to get back to school in general, NDI will also be taking care of the aged in local communities. It is a project that has come to stay”, the ardent humanitarian explained.

Furthermore, Queen Nerita who expressed optimism that 2023 will be a glorious year of hope and progress, called on various stakeholders to join hands with NDI and MFOH on the journey of driving a message of renewed hope for humanity.

“The recession has affected in no small measure both wage earners and business people alike. It is like the proverbial rain that never discriminates against rooftops.

“With Christmas at hand, many Nigerians are in a state of nostalgia for the season known for its funfair, vacation, and elaborate celebrations.

“Christmas is a season of love, so let us continue to show love to one another. Let’s also learn to put smiles on people’s faces just as the Nery Developmental Initiatives has done today”, she concluded.

Sat Dec 24 , 2022
115 What kind of explanation will our security agencies put up in defense of their failings, nine days back, in Kagoro Chiefdom, Kaura LGA of Southern Kaduna? Security ineptitude is unending in beloved Nigeria. It comes with all the trappings of a failed government. I shed tears and am often […] 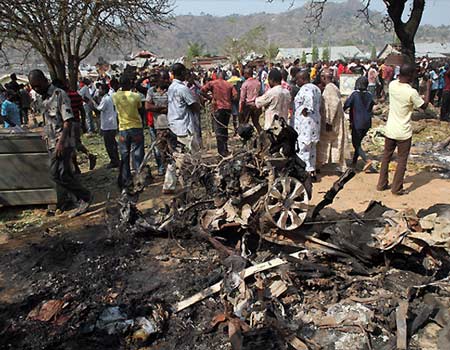