While we are distracted with Yuletide, some high-level conspiracies are going on against Godwin Emefiele, either to victimize a reformer or to shield a terrorist financier.

Media houses have been left guessing and spinning out what might well be, mere guestimation or some solid intelligence. Whatever it is, we need the right people to speak to us. Nigerians deserve to know the truth about their public officials.

The only official information we have got about Godwin Emefiele since the past few weeks is that there was an attempt by some people in the Nigerian Secret Service to obtain an “irregular” court order to get him arrested and detained for two months, over suspicions bordering on his alleged involvement in terrorist financing and other very heavy allegations.

Thankfully, the Judge dismissed the application, arguing that some people were trying to hide under the cover of the judiciary to perpetrate an illegal activity.

Since the dismissal of that curious application by the DSS, Emefiele has not been seen in public, nor have we heard any official communication from him. It has just been the media throwing things in.

I read somewhere the other where it was reported the CBN governor is receiving medical treatment abroad. And a report has gone viral that the DSS has deployed its officers to pick up the CBN boss on sight.

There is no argument that the DSS has a responsibility to investigate everyone and also has the power to take action to avert anything that poses a danger to national security. However, the circumstances surrounding Emefiele’s current ordeal suggest that the man might just be a victim of some high-level political conspiracy aimed at stalling some far-reaching monetary policies he recently unveiled.

Until the DSS comes out to brief Nigerians on the shreds of evidence on which they are persecuting Emefiele, we have a right to reach our conclusions.

If Emefiele is involved in terrorist financing as the DSS claimed in its court application, why did it take them until Emefiele introduced these policies before they sought to detain him? Who are these terrorists that he has been financing and what primary evidence does the DSS have on him in that regard?

And if truly the DSS has solid evidence against him, why did they allow him to escape arrest? Who is shielding him currently and what is that person’s interest in shielding a “terrorist”?

Why is President Buhari silent on all these?

It is improper for a person of Emefiele’s standing to be put through these public harassments and his employer, the Commander-in-Chief keeps quiet about it. The President needs to call the DSS to order or tell us what he has to grind with Emefiele.

He cannot keep aloof on serious national security and economic issues such as this. No country or organization will feel comfortable doing business with Nigeria or bringing its investment to a country where its Central Bank governor is being accused of terrorism-related crimes.

In all, it is the responsibility of President Buhari to provide Godwin Emefiele. He should tell us where our CBN governor is at. He has that responsibility and cannot shy away from it.

And for Godwin Emefiele…

It is time for him to put his side of the story out there. He should address a press conference wherever he is hiding and tell the world what his travails are. If he continues to keep quiet and is sacked or forced to resign, many of us would believe that he truly soiled his hands in acts of terrorism.

It won’t be a surprise to me if Emefiele surfaces tomorrow and reverses some of the recent monetary policies he recently introduced.

For one, I am looking forward to an extension on the use of the old Naira notes, until after the elections, because the members of the cabal who might be behind his ordeal would want to use the monies, they had long stashed away to prosecute the elections.

Read Also: Why They Are After Emefiele

Already, the man has been forced to reverse the cash withdrawal limits he imposed recently. This eases the troubles for those seeking to buy votes and execute other extrajudicial election projects.

Fri Dec 30 , 2022
109 The world was thrown into mourning on Thursday in honour of Brazil football legend; Pele, who died on Thursday at the age of 82 at the Albert Einstein Israelite Hospital in Sao Paulo, after a lengthy battle with colon cancer. As the world bids farewell to Pele considered soccer’s […] 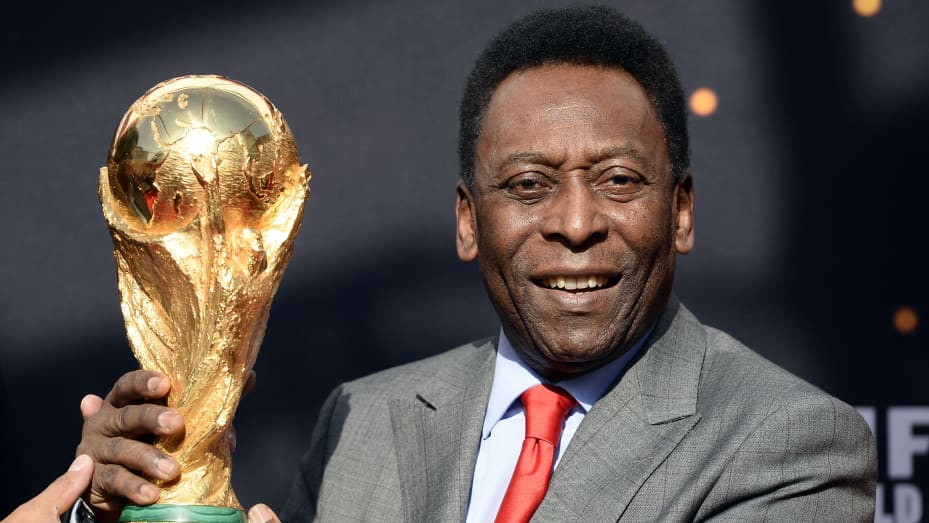