At 31st December’s crossover service which took place across different churches in the country, Pastors, prophets, evangelists, and seers must have reeled out what they would have described as “God’s messages” to them for the New Year 2023.

While not denying the ability of those truly called by God to give accurate prophetic messages I am not deceived by most of them, which might be products of guesswork and sometimes, analysis.

While I would neither encourage you to take these prophecies seriously nor advise you on which of the prophets or Men of God to believe their prophecies, I am presenting my predictions which I will not claim to be messages from God but products of my analysis of prevailing political events and historical precedents.

I will break these predictions into two different sections; one will focus on Imo State while the other will be on possible happenings in national politics. Come with me;

1. Keen observers of political happenings in Imo State would have seen the recent rapprochement between Governor Uzodimma and his former arch-enemy, Senator Rochas Okorocha.

While it is rumoured that the two Orlu brothers have reached some political deal that saw to the return of some alleged stolen properties which were initially seized by the Imo State government to the Okorocha family.

This new political romance will either be consolidated or reversed depending on the outcome of the presidential election. Should the APC retain the presidency, the Okorochas will come all out in support of the APC and strengthen their reconciliation with the governor. Unfortunately, this will be to the detriment of ordinary Imolites.

2. Former governor Rochas Okorocha will most likely be discharged on February 5th from EFCC’s trial of him, on the possible grounds that the EFCC investigation on him was in contempt of a substantive court order barring the Commission from investigating him or any of his children.

3. Senator Samuel Anyanwu will make a last-ditch attempt to dissolve the Imo State PDP leadership, but will most likely fail. The PDP governorship primaries in late April will be highly contentious and may likely be declared inconclusive.

4. Should Peter Obi win the presidency as largely expected, the Labour Party will attempt to displace the PDP in Imo State as the major opposition Party in the State.

5. Governor Uzodimma will further open the Imo State money vault and will carry out a lot of fake empowerment programs and will also attempt to buy many opposition critics including officials of the PDP and LP. He will pay some of these critical officials to stay in their respective Parties and work from inside to destroy their Parties.

6. Former Governor Emeka Ihedioha, will against all odds emerge as the governorship candidate of the PDP in 2023.

7. The battle for the Labour Party governorship ticket will be between Chief Martin Agbaso and Major General Ogulewe.

8. Except they up their games and get more serious with their campaigns, many Labour Party national assembly candidates will perform poorly in the general elections, even as Peter Obi will sweep the presidential ballot in Imo State, with over 60% of the votes.

9. A top politician in Imo State will be convicted of fraud and sent to jail.

10. PDP shall win a majority of the National Assembly seats in Imo State, while APC and LP battle for who emerges the second best.

11. The battle for the majority in the Imo State House of Assembly seats will be between PDP and APC. However, the APC is expected to have the upper hand, as Governor Uzodimma will break the bank to bankroll his candidates after a very poor outing on 25th February.

12. There will be unprecedented implosion within the 3R camp, as many top functionaries of the administration and the Party who have been silently complaining of abandonment will bare their fangs during the election. Some of them will settle themselves with monies that will be disbursed to them for election logistics.

13. Governor Hope Uzodimma will make fresh appointments to his cabinet to accommodate some Rescue Mission chieftains. One of the major beneficiaries might be Daniel Nwafor.

14. The November 2023 governorship election in the State will be a three-horse race between the APC, PDP, and LP. However, notwithstanding the outcome of the presidential election, the two major contending Parties will remain APC and PDP. However, the LP can spring a surprise.

The new year 2023 and National politics

1. There will be renewed attempts to remove the INEC Chairman from office and stop the deployment of BVAS for the general election.

2. CBN governor; Godwin Emefiele will most likely be forced out of office and the circulation of the old Naira notes might be extended beyond the 31st January deadline to allow politicians to use their old notes for vote buying.

3. Former Governor Rabiu Kwankwanso will perform better than expected in the election if he is not forced to step down or slow down his campaign before election day.

4. Some banking sector reforms initiated by the CBN may be reversed to make it easy for politicians, especially, those of the ruling Party to move funds for their election.

6. The G-5 governors will not be able to commonly endorse a presidential candidate.

9. Service chiefs will be changed.

10. Peter Obi will most likely be sworn in as President and Commander-in-Chief of the Nigerian Armed Forces on May 29th, 2023.

Read also: The G-5 Governors and Why The PDP Can’t Do Anything

Mon Jan 2 , 2023
108 The PDP Presidential Campaign Council has described the endorsement of the Labour Party presidential candidate, Peter Obi, by former President Olusegun Obasanjo as a personal opinion. In a statement by Kola Olagbondiyan; Spokesperson of the PDP Campaign Organisation on Monday noted that Obasanjo’s opinion does not reflect the position […] 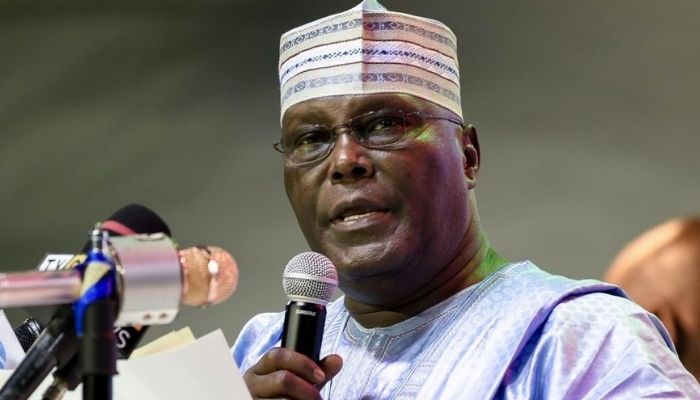