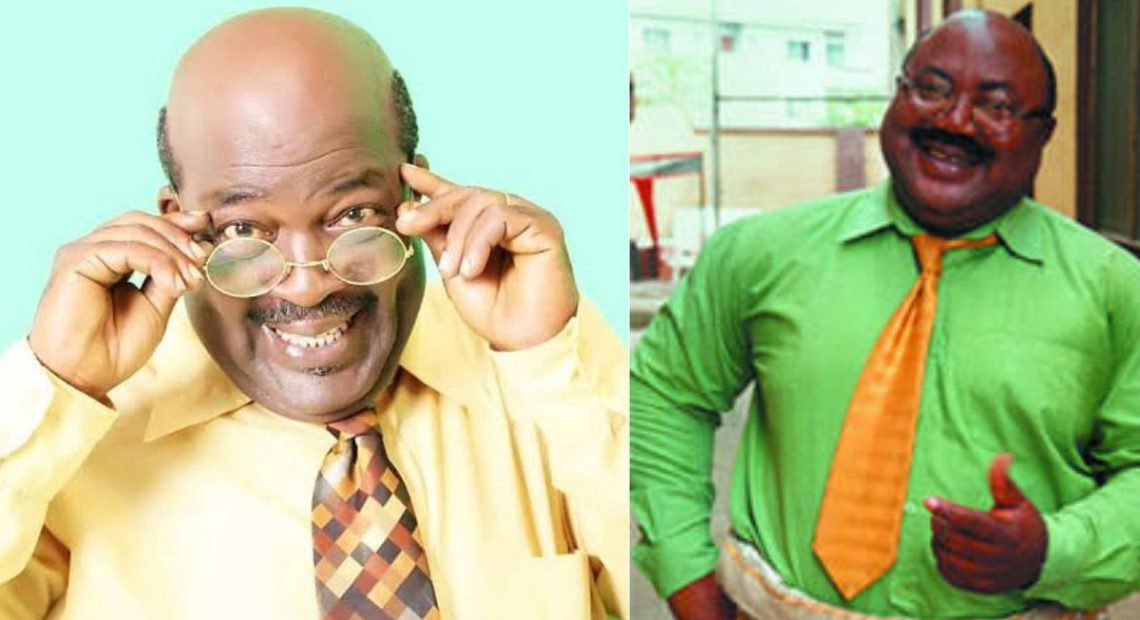 On Sunday, January 15th, 2023, Nigerians woke up to the news of the death of veteran Actor and ethnomusicologist; Femi Ogunrombi, who for a short time played the role of Papa Ajasco in Wale Adenuga’s comedy series “Papa Ajasco and Company”.

Papa Ajasco, the fictional womanising bald husband, who often beats his head when astonished, was one of the greatest comic characters in Nollywood history.

The role of Papa Ajasco and the two personalities

The role was initially played by Richard Abiodun Ayoyinka, the man whose picture was erroneously used by some media houses and social media platforms rather than that of Femi Ogunrombi who played the role for just two years.

The reason according to Ogunrombi, many years ago, was that lovers of the TV series were connected more with Ayoyinka, the Original Cast. Subsequently, Ogunrombi was asked by Wale Adenuga to forfeit the role to the original actor.

“It was in the interest of Wale Adenuga Productions Company that I left. I don’t feel bad about leaving, but the thing is that quite several viewers tended to be with the other guy, and, as I said before, they see me as an elitist Papa Ajasco.

“Also, considering the market target of the sponsors, they felt they were losing viewers and money, I was nicely told and I reasoned with them and left,” Ogunrombi said during his lifetime.

“He said he was happy to play the role during his time and was friends with Ayoyinka during and after his time as Papa Ajasco”.

Before taking up the role of Papa Ajasco, Ogunrombi was an ethnomusicologist who made his mark in creative activities both in drama and musical scenes, spanning more than 25 years.

He was a recipient of many local and international awards, most notably in 1995 when he was awarded a gold plaque and a Diploma Certificate in Creative Composition in North Korea for performing a song in that language.

During his active years in the industry, Ogunrombi was passionate about creative art education for children in schools. He once said “I feel that if creative arts can be encouraged in schools, particularly government schools, our kids would be able to build a solid entertainment sector. We want to discover them early to train and guide them.”

Ayoyinka, while reacting to his picture that was erroneously used, said he is still alive and appreciated his fans for their concern.

Papa Ajasco and Company (formerly The Ajasco Family) is a Nigerian family television sitcom created by Wale Adenuga in 1996.

The show is a spin-off of a feature film of the same title produced by Wale Adenuga in 1984, which in turn is based on the comic Ikebe Super.

Read Also: Femi Ogunrombi Famed For His Role As Papa Ajasco Is Dead

At its prime, Papa Ajasco was widely considered to be Nigeria’s most-watched comedy series, viewed weekly in twelve African countries.

Tue Jan 17 , 2023
93 Multichoice; the organiser of the popular Big Brother tv reality show kicked off the premiere season of Big Brother Titans on Sunday. The Big Brother Titan housemates are to stay in the house for ten weeks and contest for a $100,000 grand prize. During the opening Sunday night, the show […]