Multichoice; the organiser of the popular Big Brother tv reality show kicked off the premiere season of Big Brother Titans on Sunday. The Big Brother Titan housemates are to stay in the house for ten weeks and contest for a $100,000 grand prize.

During the opening Sunday night, the show hosts (BBNaija Ebuka Obi-Uchendu and BBMzansi host Lawrence Maleka) gave viewers insight into what to expect on the show.

This year, the Big Brother franchise merged contestants from two countries (Nigeria and South Africa), ten from each country, making it the first of its kind on the African continent.

Here are the 20 Big Brother Titans.

Originally from KwaZulu-Natal, she lives in Johannesburg, South Africa.

She’s a journalist, and Khosi claims she is talkative and open-minded. While adventurous, she is also self-aware.

Yemi is from Ekiti State in Nigeria but stays in Lagos. He’s a model and actor. Yemi claims he is confident and outgoing.

While highly competitive, he’s also known for wearing his heart on his sleeve.

From the Eastern Cape in South Africa. He’s a semi-pro rugby player.

He describes himself as charismatic and energetic. Juicy Jay claims he likes to mingle and party. This proud Xhosa man is highly competitive and loves living on the edge.

Originally from Imo State, Nigeria. She’s an aspiring actor. Olivia is a glam girl with a little bit of a wild side. The bold and daring aspirational actor is a big dreamer.

Originally from the Eastern Cape, now in Johannesburg, South Africa. Melissa is dynamite in a small package.

She is lively, wild and soft-hearted.

Blaqboi hails from Plateau State in Nigeria and lives in Jos. He’s a content creator and an aspiring filmmaker.

He describes himself as cool, calm, and level-headed. He’s also charming, funny, and confident, and he claims to be street-smart.

Mmeli is fearless and street-smart, with a mischievous streak. He has no issues with what others think about him.

He claims he loves to party and is devoted to his bachelor’s lifestyle.

Originally from Kaduna State, Nigeria. She is an entrepreneur.

While soft-spoken, Nana doesn’t conform to social norms. She comes off as timid, but it may be a case of still waters running deep.

Originally from the North West, she now lives in the Gauteng province of South Africa.

She is a law student. Ipeleng has both a great sense of humour and a shy side. She is close to her parents and has the utmost respect for them.

Originally from Port Harcourt, Nigeria, now in Texas, USA. He is a chemical engineer and fitness model. Marvin is a charismatic guy who comes from humble beginnings.

The well-travelled adventurer is protective of those he loves. He says he is a cute boy with brains and a sense of humour to match.

Originally from Soweto, he now lives in Johannesburg, South Africa.

He’s a sports data analyst. Thabang is a go-getter who knows his game. He describes himself as big-voiced, charming, and level-headed; he’s also in touch with his emotions.

He claims his drive and focus does not diminish his love for fun.

She’s from Lagos, Nigeria. She’s a nurse and model. Jaypee is a liberal lover of love and loves to take risks in this regard. To this end, flirty confidence and an open mind serve her well.

Originally from the Eastern Cape, she now lives in Johannesburg, South Africa.

She is quietly confident and mature and is not afraid to be vulnerable.

Originally from Anambra State in Nigeria, he now lives in Lagos.

He’s an actor and model with a dynamic personality and claims to be street-smart.

Ebubu is open-minded and interested in the world around and beyond him. Humour, resilience, calm, and determination also mark his personality.

From Imo State, Nigeria, she now lives in the USA. She’s a health and safety specialist. Jenni O describes herself as a fiery and spontaneous talker. She’s a colourful daredevil with opinions and no time for nonsense.

He’s a photographer and describes himself as easygoing. Justin is generally fun and engaging. He’s happy-go-lucky; he loves to laugh, but he’s also a responsible friend.

He hails from Abia State in Nigeria and lives in Lagos. He’s a model and an aspiring actor.

The athletic Kanaga Jnr is charming yet candid, expressive yet calm. Coming in with good boy charm, he is mature for his age and is a sensitive young man who loves older women.

Also from KwaZulu-Natal, South Africa. He is a sales executive and describes himself as a self-aware person and brutally honest.

Lucca is also highly empathetic and a traditionalist; he moved to KwaZulu-Natal to re-establish a relationship with his parents.

From Pretoria, South Africa. Tsatsii is an Engineering, biotechnology, and biomedical student. She is cerebral and grounded yet equally curious about life; she claims her brain matches her beauty.

She’s a model and content creator. Yvonne was made for the quiet life and is used to getting what she wants. However, this pastor’s kid is also resilient and bold.

Fans Excited To See Davido and Wizkid Perform Together

Wed Jan 18 , 2023
77 After many years of the “who’s a bigger star” battle, music lovers might finally have the chance to see Davido and Wizkid perform together on a joint musical tour. The internet has been agog since the ‘Ojulegba’ crooner took to his Instagram story on Wednesday to make a shocking […] 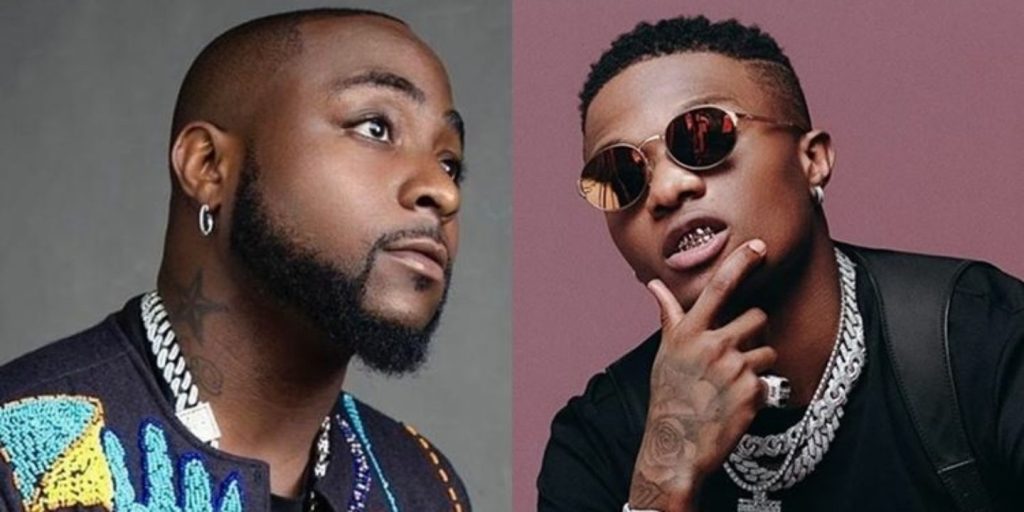