Imo tabloids are awash with congratulatory messages, advertorials, and sponsored articles on a purported civic reception being organized for my Governor, His Excellency Distinguished Senator Hope Uzodimma by the people of the Okigwe zone.

I think there is either a mass hallucination by the sponsors of these advertorials or the whole newspapers in Imo State are suffering a kind of attack whereby they feed something else into the printing machines and another thing is printed.

How in the world would a governor agree to a civic reception while the State he governs is painted with the blood of innocent people, and at the very backyard of the so-called civic reception venue; known and unknown gunmen are camped comfortably planning their next devastating attack?

Bodies of people killed by the hoodlums are littered across various morgues in Okigwe and hostages are in different forests not knowing how it will end. Some of them eventually become meat to the animals harboured in Okigwe forests.

The troops of security agents who will follow the governor on this trip will be the clearest evidence that the governor is unwelcomed in Okigwe and that those who are organising the reception are mere impostors who do not have any control over what happens in Okigwe.

If the so-called Okigwe stakeholders are confident of their leadership in Okigwe, they should move around their villages without police escorts for two days. The governor shouldn’t have to move with all the security agents in Imo State if he is truly welcomed by the real owners of the zone.

A visit to Okigwe for anything other than condolence or security summit is an insult, not just to Ndi Okigwe but to the entire people of Imo State. The governor can afford to move with batteries of military men and Armoured vehicles, but does he think of the fate of those whom he will be leaving behind after his ridiculous visit?

For a governor who is not known to have visited any of the families of those killed by either the so-called Ebubeagu or the disparate criminals parading as freedom fighters, it is unfortunate that he would accept an invitation from some people, who apparently have with their people, to go and scorn the families who have lost their loved ones and ridicule the many who are licking the wounds of their many losses in the past two years, is regrettable.

Empathy for the people you lead is a critical quality in a leader, but it appears my Governor has rather chosen a display of the most worrisome insensitivity as a show of his strength and courage. I would wish that this purported civic reception is called off immediately, even if not for its insensitivity, but for the security risks that some of those who might be attending will be exposing themselves to.

Tue Jan 24 , 2023
37 Ahead of the general election, Voice of Nigeria has urged to uphold to the ethics of Journalism to protect the good image of the profession. The Programme Manager, African Division, Voice of Nigeria, VOA, Mr. Hamza Mwamoyo made the call at a three-day election coverage training organised by the […] 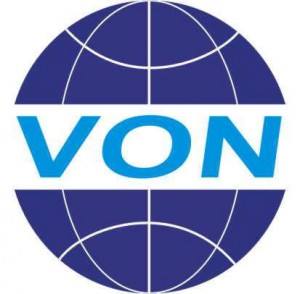