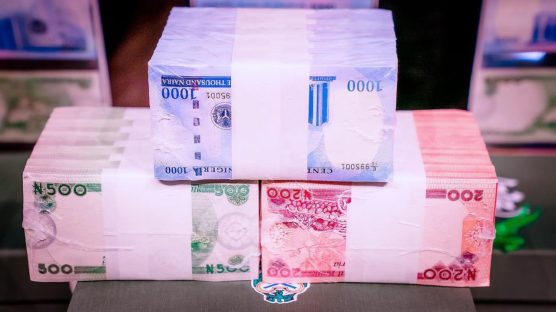 Civil rights advocacy group, Human Rights Writers Association of Nigeria, (HURIWA) has knocked the Central Bank of Nigeria (CBN) over its hurried and improperly planned cash swap program just a week before the January 31, 2023 deadline for demonetisation of the old notes.

HURIWA’s National Coordinator; Comrade Emmanuel Onwubiko, in a statement said the January 31 deadline for the invalidation of old N200, N500, and N1,000 notes is not workable and feasible under any condition, pointing out that even in the developed parts of the world like the United Kingdom which changed the image on four polymer banknotes (£5, £10, £20 and £50) upon the demise of Queen Elizabeth II last year and replaced her with that of the new monarch, King Charles III.

The group also sought a one-year extension deadline by the CBN for all Nigerians, especially those in remote and unbanked areas to exchange their old notes for new ones, citing the example of the United Kingdom which unveiled its new notes on December 20, 2022, but gave the deadline of 2024 for banks to still swap old pound sterling for the new ones.

On December 20, 2022, the Bank of England unveiled the design of King Charles III four polymer banknotes (£5, £10, £20, and £50) with no other changes to the existing designs. The King’s image now appears on the front of the banknotes, as well as in a cameo in the see-through security window.

The BoE said all new notes are expected to enter circulation by mid-2024 while all polymer banknotes carrying a portrait of HM Queen Elizabeth II remain legal tender, and the public can continue to use these as normal. It said the notes featuring HM Queen Elizabeth II and King Charles III will therefore co-circulate till 2024.

On the contrary, on October 26, 2022, the CBN announced plans to redesign the N200, N500 and N1,000 notes.  President Muhammadu Buhari subsequently launched the three redesigned banknotes on November 23, 2022 and the CBN had said its January 31 2023 deadline for all old naira notes to be swapped remains.

With rising concerns from many Nigerians, especially those in the hinterlands and unbanked areas, over the slow spread of the three new naira notes as the deadline approaches, the CBN launched its cash swap programme just a week to the deadline of January 31, 2023.

HURIWA’s Onwubiko said, “The hurriedly put up cash swap by the Central Bank of Nigeria at the eleventh hour shows that the apex bank has seen that its deadline is not feasible. Why is CBN so insensitive, irresponsible and arrogant? 90% of Nigerians haven’t even seen the redesignedN200, N500, N1,000 notes yet the CBN is using military fiat to invalidate the old notes that are still being dispensed by banks with only a week to the so-called deadline? The CBN is apparently confused.

“The CBN should learn from the Bank of England which gave over a year for people living in Britain to exchange their old notes for the new ones. Though the BoE said the old notes cannot be used physically to buy things, it noted that they will be accepted at banks for the swap of the new ones till 2024.

“This is what a developed economy like the UK has done even when the ratio of the banked is far more than the unbanked, if any at all. What stops the CBN for following the same policy? The CBN should stop being intransigent and adhere to the calls by the Senate and the Nigeria Governors’ Forum for an extension of the deadline for the exchange of the old naira notes for new ones.

“HURIWA unequivocally demands a one-year extension to enable the poorest households and millions of unbanked and unreached Nigerians to be able to change their old naira notes to new ones. Anything from this is an illegality and callousness of the highest order!”

Thu Jan 26 , 2023
77 Going by the comment of Asiwaju Bola Ahmed Tinubu yesterday in Ogun State, it’s clear that clouds are secretly gathering at the highest echelons of the APC in Nigeria. There would be a raging storm and it will surely rain torrentially in the coming months and years. This is […] 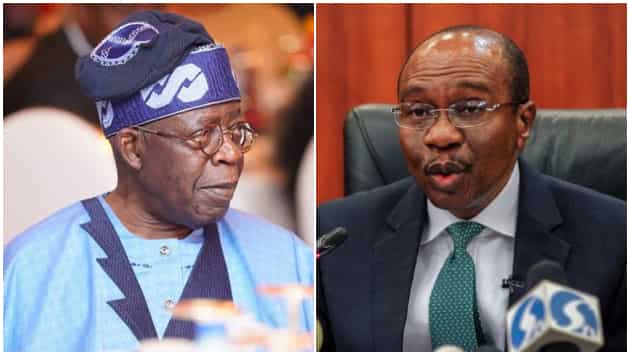