Those who believe that the Nigeria National Assembly can effectively deliver qualitative legislation/oversight functions in a way that promotes service delivery and a better standard of living for the people can proudly point at Hon. Uju Kingsley Chima, whom experts have described as a perfect example of a social reforms advocate and a bridge builder.

Hon. Uju, who represents the good people of Ohaji/Egbema, Oguta and Oru West Federal Constituency of Imo State in the House of Representatives, is a successful entrepreneur, an astute politician and administrator of repute. A boardroom guru with a wealth of experience, he has a proven record of success in administrative governance and business management.

Omeudo as he is fondly called has received several recognitions in Nigeria and abroad for his impact in the society but the reward for his excelling contributions for a better society is not just in the plagues that dote around the wall, but it is in seeing the less privileged cared for, seeing equity on wealth distribution. Supporting youths build back their economic and social life are some of the projects that fire up his passion.

Very assiduous, focused and result oriented; Hon. Uju Kingsley has over the years demonstrated his managerial and administrative acumen. He was appointed Sole Administrator of Imo State Oil Producing Areas Development Commission (ISOPADEC) by the Imo State Government. He was a supervisory Commissioner for Lands, Imo State, Chairman Bureau for Lands, Imo State. Shortly before going to the National Assembly he was Deputy Chief of Staff (operations), Imo State Government House, Owerri.

Beyond this, Uju has received several recognitions in Nigeria and abroad for his impact in the society. He was recently honured with the Pillar of Youth Empowerment Award by the Ohaji/Egbema, Oguta and Oru West Constituency Youths, Abuja Chapter.

However the reward for his excelling contributions for a better society is not just in the plagues that dote around the wall, but it is in seeing the less privileged cared for, seeing equity in wealth distribution. Supporting youths and women build back their economy and social life are some of the projects that fire up his passion.

A hardworking, innovative and a grass-root politician, Uju, so far had his academic endeavours in Nigeria, which reflects his connection with his people. He had his secondary education at the Trinity High School, Oguta, Imo State. Subsequently he proceeded to the Enugu State University (ESUT), where he obtained a Bachelors Degree in Cooperative and Rural Development.

Since his inauguration into the 9th National Assembly, Hon. Uju Kingsley has been visible on the floor of the house through his legislative engagements and oversight functions. He recently moved for an amendment to include Osemotor Sea Ports, Oguta as one of the Sea Ports to be completed and managed by the Federal Government in order to decongest Apapa Sea Port. Incidentally, the youths of his constituency has been upbeat about how Hon. Uju will enhance dynamism and functionality as he would bring a progressive ideology and agenda to legislative/oversight functions.

Speaking during a short reception organized in his honour in Abuja shortly after his inauguration, Mr. Ikechukwu Nnadi; the President of Ohaji/Egbema, Oguta and Oru West Constituency Youths, Abuja Chapter, noted that Hon. Uju who rode on the crest of the desire of his people for qualitative representation alongside other equally progressive minds, he will exhibit what true representation of the people should be.

Mr. Ikechukwu further informed that Hon. Uju Kingsley has already identified basic areas of interest in which he is ready and willing to implement, for the good people of his political Constituency as his constituency projects. “Among his core areas of interest are youth/women empowerment and employment creation, because of his desire for wealth creation. Education, health, security and urban renewal are some of his passions”, Mr. Nnadi explained.

Tue Jul 23 , 2019
1,116 President Muhammadu Buhari of Nigeria has commiserated with the families of Precious Owolabi, a National Youth Service Corps (NYSC) member with Channels Television, and Deputy Commissioner of Police, Usman Umar, of the Federal Capital Territory Police Command, who died during the violent protest by members of the Islamic Movement […] 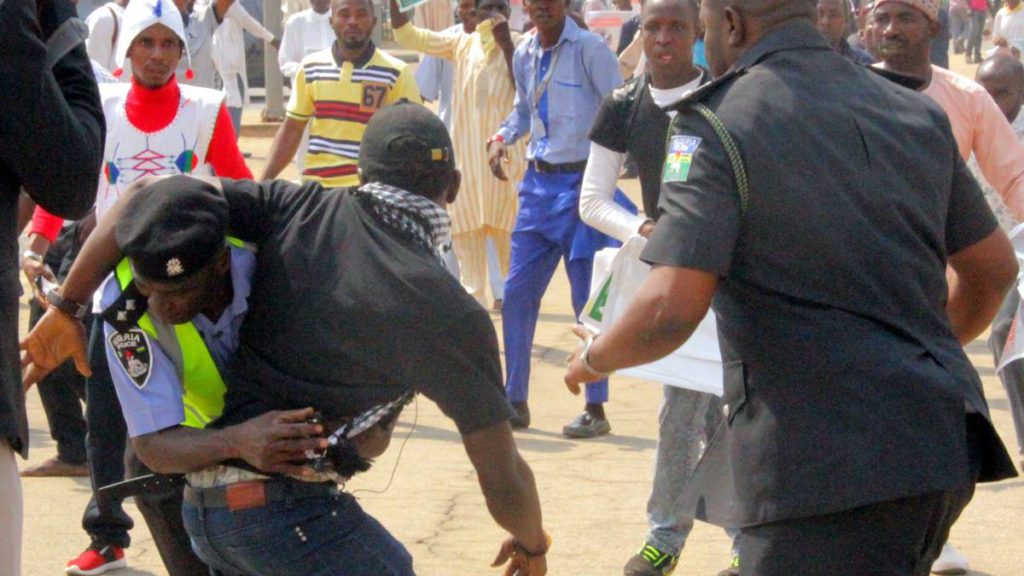