Rev. Fr. Camillus Anthony Ebenezer Ejike Mbaka is a Catholic priest of Enugu Diocese in Eastern Nigeria. Mbaka who was ordained to the Catholic priesthood in 1995 did so with an unction which many have described as special and different.

The reason for this is not hidden considering his spiritual directorate of the Adoration Ministry Enugu Nigeria; a spiritual ground where most Nigerians have attributed their fortune. Mbaka’s wonder ground, which was initially centred on exorcism and spiritual welfare of the people soon grew to a global assembly where socio-political matters held sway.

In the later years when Mbaka’s adoration grew bigger in length and width, accompanied by its surging crowd, his overwhelming popularity threw him into prominence as he started engaging Nigerian political actors in debate. Like it is common with the Christian assembly, financial donations marked the visit of politicians who are often times induced or rather compelled to give ‘God’ some cash.

Fr Mbaka’s popularity took a different turn in Nigeria with his uncanny knack at Nigeria’s politics and elections. His trademark for this remains his luck of prophecy and prediction about electoral and judicial outcome. Apart from his serial involvement in Enugu state politics, Mbaka made his debut in political prophecy with the accurate prediction of the 2015 presidential election starring Goodluck Jonathan and Muhammadu Buhari. 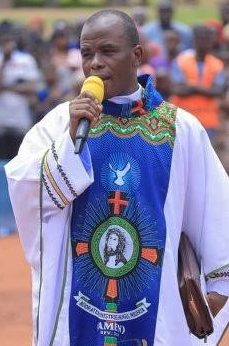 Coincidentally, the cleric was not alone in this trade. In fact, the year 2015 witnessed an upsurge in prophecy that could make an uncommitted Christian think that God was double speaking. Unfortunately, 95% of Christian clerics predicted Jonathan’s victory at the poll. But with Jonathan’s defeat and acceptance of defeat, many Nigerians could only but wonder if these ‘seers’ actually see beyond their immediate vicinities.

However, as intelligent as Fr Mbaka was, he took a difficult odd in his bet and prophesied that Buhari will win the election. From then, not a few Nigerians have accepted him as modern day Nostradamus who sees tomorrow with bewildering precision. Even though some of us who have followed and supported Buhari’s ambition with passion from day one knew that the gap-toothed general was to be crowned with victory at that poll.

If not for the reverential awe associated with the Catholic Church and her priests, Nigerians were already calling for Fr Mbaka’s head when Buhari won because it was as if fire and brimstone have come to roast. Just like the leading Jewish scholar and sage; Josef Akiva noted that darkness virtually fell on the earth when the Hebrew Bible was translated into Greek, for Nigerians, Buhari’s victory meant total islamization of the country. All of that was yesterday.

Mbaka’s successful prediction of Buhari’s victory at the 2015 election seemed to have added gusto to that portion of his prophetic ministry. He has since then been associated with the forecast both of election results and tribunal judgements. The last in this category that has brought much scorn on him and the Catholic Church is the prediction or prophecy of former governor Emeka Ihedioha’s loss to Senator Hope Uzodimma at the ill-fated Supreme Court judgement.

Few weeks before the Apex court ruling, the fiery preacher had derided Ihedioha, urging him to be ready to step down for Hope Uzodimma. Whatever was Ihedioha’s spiritual offence, Fr. Mbaka did not relate. Ever since the Supreme Court judgement favoured his predictions, so many other political actors have been meeting with Fr. Mbaka to secure a favourable prophecy. This is so because Mbaka’s adoration ground has become so decisive.

Recall that Peter Obi’s refusal to give cash at hand at Fr. Mbaka’s adoration harvest during the preparatory period of the 2019 Presidential Election merited him open disgrace that allegedly formed a keynote to their defeat. It is needless to talk about the cases of Ikedi Ohakim and Rochas Okorocha as were related at Fr. Mbaka’s adoration. For all I know, these politicians rushing to Fr. Mbaka’s wonder ground do not do so to seek God, but to cash in on his popularity to deceive unsuspecting Nigerians who would accept them because Mbaka adopts them.

Except those who are not educated on the Catholic Church teachings and position on both prophecy and politics, every other committed and informed Catholic, beginning from the ecclesiastical hierarchy to the least of the baptized have demonstrated deep worry over Rev. Fr. Mbaka’s constant goofing and derailing from the teachings of the Church.

The continuous association of Fr. Ejike Mbaka today with political prophecies is NOT and will never be good news to the Catholic Church that owns him. Worthy of note here is the intervention from the Archbishop Alfred Martins of Lagos Archdiocese. The bishop condemned Fr. Mbaka’s gut while analyzing the true position of the Church on politics. He called on his Bishop, Callistus Onaga to stop being indifferent but should rather raise a sanction on his priest.

Before this time, Cardinal Onayeikan of Abuja Archdiocese had also berated the unwholesome involvement of the cleric in active politics, a position which the Catholic Church abhors. Recall that Bishop Michael Nnachi Okoro of Abakaliki diocese tamed the excesses of Fr. John Odey when the latter’s involvement in Nigeria politics was becoming active.

At the wake of all these political confusion in Imo, Fr. Mbaka has only been supported by journalists and political actors who seem favoured in his politicking. If Bishop Onaga cannot do much in this regard, then the conference of Nigerian bishops has to tame these anomalies before the Church in Nigeria loses its dignity and trust.

At the centre of the controversy is the question whether the Church should confine her mission to theology and the Bible while being anti-thetical to the world or mundane realities. Both heretics and saints have been created out of the controversy. The Church’s mission of divinization includes also a humanization, a project which could be expressed in the great words of St. Ireneaus that the glory of God is the living man. 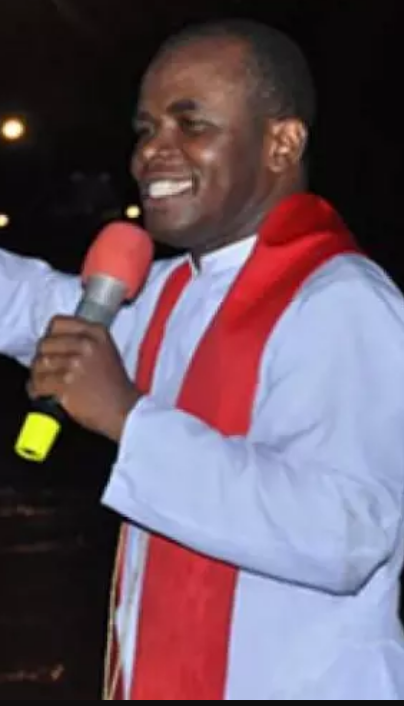 This Church’s prophetic role demands that when the status quo is not in the interest of men and society that she should stand as a condemning and corrective force. As such, she must point out to humanity and to nations the immoral ideologies and philosophies of life inimical to the moral, social and spiritual life.

These should provoke the action of the people of God both as individuals and as an institution to the scandal of nursing oppression and exploitation as is mostly the case in Nigeria. Recall that in Israel, the charismatics and prophets appeared (from Moses to John the Baptist) as opponents of tyrants. Such a long rejection of tyranny occasioned the vocation of Moses, the Judges, Samuel, the two charismatic kings (Saul and David); and the prophets were to rise also against the despotism of their very rulers.

The survival of Israel and her future were no doubt the pre-occupation of the classical prophets who, through their messages, demonstrated opposition to whatever threatened the life and survival of Israel. All these show that the Church must not anchor her theologies on fuga mundi spirituality.

Perchance it eludes us, Fr. Mbaka’s theatrics have not been part and parcel of this social mission of the Church. The cleric has rather been partisan in his involvements, a repugnant approach which the Mother Church abhors. Many of us who have enjoyed the Church’s formation for years can only but shoulder at the seemingly irredeemable hellhole the clergyman is fast sinking into.

The Catholic Church cannot continue to watch in amazement how her image is quick receiving scorn through the actions of Fr. Mbaka. The Church must not allow him to be carried away by the huge popularity and overwhelming support and accolades given by his fans, otherwise he will be acting like the biblical Hananniah; the fake prophet who persuaded his countrymen to trust in lies (Jer.28).

Most times, the timing and presentation of his messages are so wrong that his actions elicit national confusion. The Catholic Church is blessed with so many political analysts whose interventions have been noteworthy. For instance, Bishop Hassan Kukah of Sokoto diocese is one whose thoughtful analysis have always been appreciated. He is often drafted into conflict resolution committees in the country because everyone knows what he is made of.

Mention Fr. Mbaka as a member of a negotiating panel in Nigeria and watch the unfolding drama. The time to get it right is now. The Church has to place caution on her ministers who are fast becoming independent in the same apostolate carried out by the Church. The Church can only maintain or reclaim her place of trust and unbiased stand when she is united in her positions.

ANITA KEYSS; A Testament of the Nollywood Dream

Mon Jan 20 , 2020
1,118 By Kennedy Onyegbado.   Those who argue that there is future for the Nigerian Film Industry can and indeed proudly point at Anita Caroline Odia, popularly known as Anita Keyss as a perfect example of a persona, who has broken free from imposed and self-imposed blockades that usually dragged […] 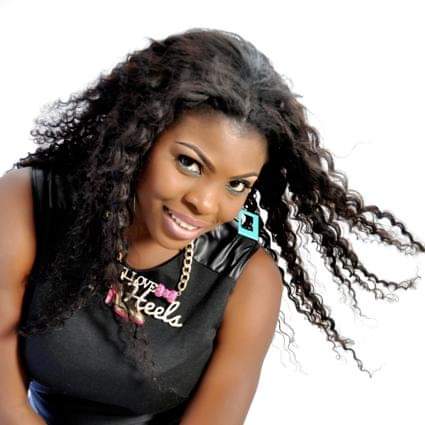