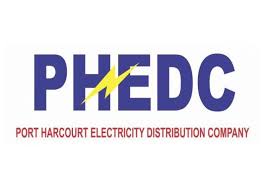 Against the backdrop of alleged threats to sack over one hundred and twenty staffs of the Port Harcourt Electricity Distribution Company (PHEDC) by the Managing Director; Henry Ajagbawa,  the Electricity Workers Union has called on the state governments of South-South Zone, all Security Agencies and Stakeholders to immediately intervene.

This was contained in statement by the Acting General Secretary, Senior Staff Association of Electricity and Allied Companies, South-South Zone; Comrade Innocent Lord-Douglas while briefing newsmen in in Port Harcourt, during when he informed that the management of PHEDC has concluded plans to serve retrenchment letters to over one hundred and twenty staffs come June 1st, 2020.

“information gathered is that the Managing Director is planning to sack one hundred and twenty staffs, majority of whom are River state people for his personal reasons, which we are yet to ascertain”, Comrade Innocent explained.

Continuing,  Comrade Innocent revealed that the PHEDC has declined responding to several letters written by the union on the issue, adding that the Managing Director has also refused to sign conditions of services for staff since resumption of office, six months ago, but resulted to the use of PHEDC manufactured sanctioned grid code to intimidate electricity workers.

“He cannot send out one hundred and twenty staffs to the public, where does he want them to go even at this of COVID-19 pandemic. in the event of any break down of law and order, the Managing Director of PHEDC should be held  responsible. We are telling the MD and CEO that they are not going to succeed in this venture. I have sent letters to the DSS, Police, State government, House of Assembly in the whole four States of PHEDC operations to call him to order”, he emphasized.

Furthermore, Comrade Innocent directed all staffs of PHEDC not accept nor sign any letter of retrenchment presented to them without knowing the content of the letter, and should not vacate their office if asked to do so.

According to him, we are all stakeholders in the power industry, as such, many of our members have put in over eight years in the PHEDC service and in law any worker that have put up to five years in an establishment is entitled to gratuity. “No staff is going, no staff is going to sign any sack letter”, Comrade Lord-Douglas asserted.

Aniedi who made the appeal in Port Harcourt while briefing newsmen on the situation, claimed that his sack came as a result of the confrontation Henry Ajagbawa had with Governor Nyesom Wike, during the lockdown period.

According to him, the matter started when Henry Ajagbawa was arrested by Governor Nyesom Wike, when the Governor was going round to see the compliance of the COVID 19 lockdown, he was unable to identify himself, on that process the Governor asked the security operatives to send him to isolation Centre.

“As a result, the Managing Director had threatened to sack indigenes of Rivers State, Akwa Ibom and all South South staffs from PHEDC as a result of what happened between him and the Governor of Rivers State.

“The information I got from him was that he will avenge the anger on the Staff’s and he will sack over one hundred and twenty staffs. When I asked why he wants to sack the workers unjustly, he filed for my sack, even the Committee set up found me faultless, yet I was sacked for confronting him on the matter”, Mr. Aniedi stated.

Tue Jun 2 , 2020
1,450 By Sam Onwuemeodo.   In my open letter to Chief Emeka Ihedioha, dated May 27, 2019; two days to his inauguration as the Executive Governor of Imo State, I solemnly told him, not to be carried away or be intoxicated by the avalanche of accolades and beautifully worded Congratulatory […] 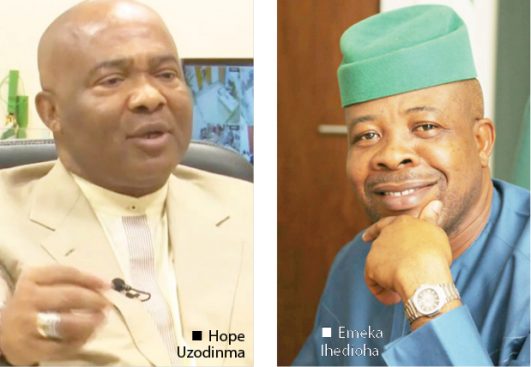