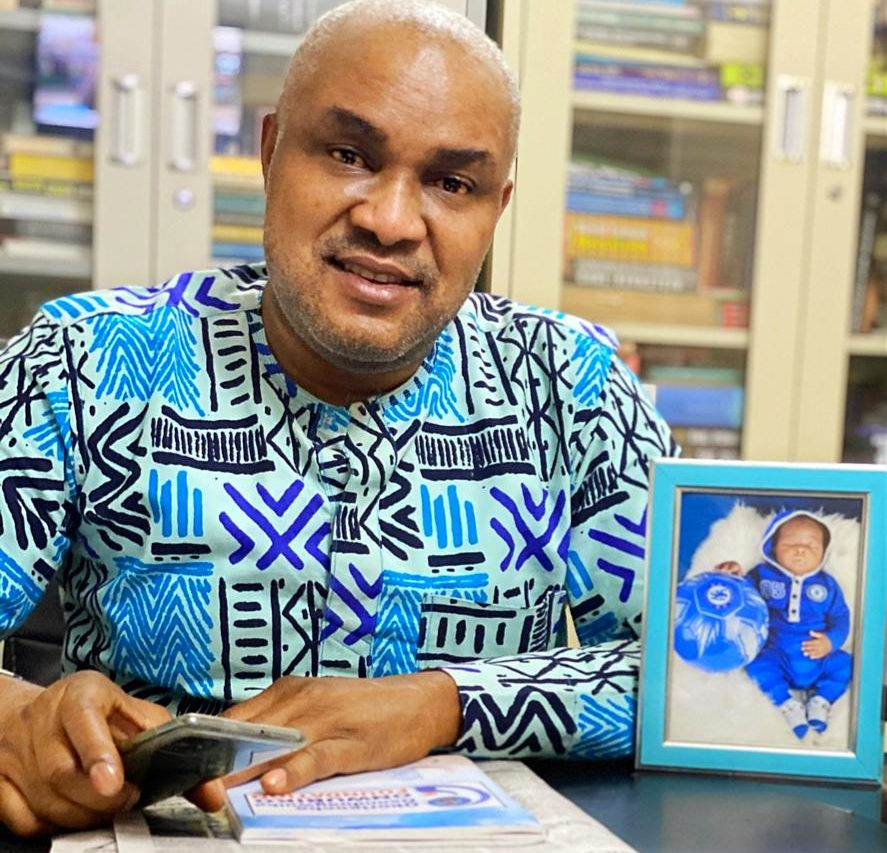 The strongman of Chad, Nigeria’s neighbour from the war torn North East of Nigeria; Idriss Déby has reportedly been killed in the battle field whereby he reportedly led his fighters to challenge the rebels that were staging uprising and threatening to overrun the capital of N’Djamena.

He was said to have been injured in battle to flush out the rebels that infiltrated Chad from their base in lawless Libya.

Initially,  I doubted the story that he was actually injured by the rebels in the war fronts. But after a reflection I think now that there’s an element of believability in the scenarios surrounding the killing of the Chad’s strongman.

It will be recalled that not long ago, this same man led his troops to invade the lake chad hideouts of boko haram terrorists and flushed them out massively just as the soldiers led by the veteran military strongman who came into office in 1990 from a rebellion and has manipulated the electoral process of Chad and spent 30 years in office, recorded huge success.

The Chad’s strongman then demonstrated to President Muhammadu Buhari how a leader should lead from the fronts. May be because of this feat, a lot of youngsters in Nigeria are now saying that Idriss Déby is a hero. Far from the truth.

He practiced tyranny and never allowed real democracy to thrive in his nation. France can actually be said to be the major defender of his dictatorship and with the offensive action of the military soon after the strongman died by taking over government, France seems to be in support.

This writer is not one of those who think that the dead Chadian President died a hero. I believe that because the President of Chad as he then was did not learn from history and this is why history has just repeated itself and his nation has just started another round of military dictatorship now to be headed by his son who is a serving four star General in the Army of Chad- General Mahamat Idriss Deby has been named his replacement in what is clearly a military overthrow of the democratic process even if it was never really a good democracy but half a democracy is better than a military dictatorship.

The military which announced his death from injuries sustained from battles disrespected the outcome of an election which purportedly virtually returned the late President to power after he manipulated the rules just so he can extend his tenure in office.

If an election was held and the results announced and then the winner suddenly dies, what is the next best thing to do? Is the next best thing to do not to swear in the running mate of the winning party? Why should the military dissolve parliament and annul the election which the late strongman won as claimed by the electoral commission? Which law authorised the military to unilaterally dissolve Cabinet put in place by the people who ordinarily  are the owners of the sovereignty of Chad?

This scenario shows the World that the man who has just been killed Mr Idriss Déby left a legacy of tyranny and brutality.

Even this ill-fated election was held under a tensed atmosphere because the leading opposition leader was eliminated from the process. So Idriss Déby came in by the gun and has just gone back to his creator by the gun.

He is not a hero but someone who missed the historical opportunity to build his nation and unify all the factions and exiles who were forced out of the Country.  He held the Country by the jugular and he expected that his going to battle on Saturday would also result in a walk over and had even arranged a victory rally to celebrate his sham victory. He never survived to celebrate this manipulated and choreographed electoral victory.

But the rebels have dealt him a grave blow.

Sadly, Chad has gone from bad to worst.

The thing to note is that since independence many years back, Chad has always been in constant wars. It has been from one war to the other. It seems the killing by the World’s powers of the then Libyan strongman; Muammar al-Qaddafi helped to stabilise the Idriss Déby’s charade of a government.

The below are narratives from Encyclopedia Britannica on the continuous state of wars in Chad and these synopsis tells us that Idriss Déby made no effort to end these vicious circles of wars. The late President had the opportunity of his life time to rework his nation and bring all the divided segments together.

But as someone produced out of chaos, he remained in chaos and has been swept off by chaos. This is indeed a trinity of chaos in Chad and it is not about to get better with the new soldiers on board who took office illegally. The truth is that Chad has endured and perjured in conflicts. Below are historical accounts by historical writers who documented these details in the Encyclopedia Britannica as stated above.

The historians recalled that a large measure of autonomy was conceded under the constitutional law of 1957, when the first territorial government was formed by Gabriel Lisette, a West Indian who had become the leader of the Chad Progressive Party (PPT).

An autonomous republic within the French Community was proclaimed in November 1958, and complete independence in the restructured community was attained on Aug. 11, 1960. The country’s stability was endangered by tensions between the Black and often Christian populations of the more economically progressive southwest and the conservative, Muslim, nonblack leadership of the old feudal states of the north, and its problems were further complicated by Libyan involvement.

Lisette was removed by an associate more acceptable to some of the opposition, N’Garta (François) Tombalbaye, a southern trade union leader, who became the first president of the republic. In March 1961 Tombalbaye achieved a fusion of the PPT with the principal opposition party, the National African Party (PNA), to form a new Union for the Progress of Chad. An alleged conspiracy by Muslim elements, however, led in 1963 to the dissolution of the National Assembly, a brief state of emergency, and the arrest of the leading ministers formerly associated with the PNA. Only government candidates ran in the new elections in December 1963, ushering in the one-party state. The below are the trajectories of war as documented by the writers of Enclopedia Britannica.

The authors said that in the mid-1960s two guerrilla movements emerged. The Front for the National Liberation of Chad (Frolinat) was established in 1966 and operated primarily in the north from its headquarters at the southern Libyan oasis of Al-Kufrah, while the smaller Chad National Front (FNT) operated in the east-central region. Both groups aimed at the overthrow of the existing government, the reduction of French influence in Chad, and closer association with the Arab states of North Africa. Heavy fighting occurred in 1969 and 1970, and French military forces were brought in to suppress the revolts.

The historians wrote too that by the end of the 1970s, civil war had become not so much a conflict between Chad’s Muslim northern region and the Black southern region as a struggle between northern political factions.

Libyan troops were brought in at Pres. Goukouni Oueddei’s request in December 1980 and were withdrawn, again at his request, in November 1981. In a reverse movement the Armed Forces of the North (FAN) of Hissène Habré, which had retreated into Sudan in December 1980, reoccupied all the important towns in eastern Chad in November 1981. Peacekeeping forces of the Organization of African Unity (now the African Union) withdrew in 1982, and Habré formed a new government in October of the same year.

Simultaneously, an opposition government under the leadership of Goukouni was established, with Libyan military support, at Bardaï in the north. After heavy fighting in 1983–84 Habré’s FAN prevailed, aided by French troops. France withdrew its troops in 1984 but Libya refused to do so. Libya launched incursions deeper into Chad in 1986, and they were turned back by government forces with help from France and the United States.

In early 1987 Habré’s forces recovered the territory in northern Chad that had been under Libyan control and for a few weeks reoccupied Aozou. When this oasis was retaken by Muammar al-Qaddafi’s Libyan forces, Habré retaliated by raiding Maaten es Sarra, which is well inside Libya. A truce was called in September 1987.

However the man who has just died staged a rebellion which unseated the aforementioned administration which had arrested him over charges of coup plot but for which he escaped from detention. Deby was of the Bidayat clan of the Zaghawa ethnic group. He took over power by leading a rebellion against President Hissène Habré in December 1990 and survived various rebellions and coup plots.

Interestingly, President Idriss Déby Itno, then went on to rule Chad for 30 years with considerable brutality and human rights abuses, just as he again manipulated the electoral process and was railroaded and was re-elected for a sixth term with 79.32 percent of the vote, according to official results released Monday shortly after the army said it had defeated a rebellion launched on election day April 11 and killed “more than 300 enemies.

The turnout allegedly was 64.81 percent for the election, which the outgoing head of state won unsurprisingly in the first round, said the chairman of the Independent National Electoral Commission (Ceni), Kodi Mahamat Bam, in releasing the official “provisional” figures. The Supreme Court still has to approve them after considering possible appeals.

Déby’s former and last Prime Minister, Albert Pahimi Padacké, came second with 10.32% of the votes cast. The first woman to run in a presidential election, Lydie Beassemda, came third with 3.16% of the vote.

Nine candidates were officially running against Mr. Déby, but three had announced their withdrawal and called for a boycott of the election, citing the violent repression of all the “peaceful marches” organized in recent months to demand “change of power. The Supreme Court, however, kept their names on the ballot.

From all of the above accounts from those who should know, I’m convinced beyond any reasonable doubts that Idriss Déby died as a brutal dictator who ironically got power through the barrels of the guns and has paid the Supreme price through the barrels of the guns.  The lesson here is that power is transient and man is a mortal being. Because of the mortality which is the nature of man, people in power must have the mind of leaving behind glorious legacies that they would be remembered for many years after they are gone.

Idriss Déby will be remembered as a warlord who died tragically in a needless war to retain power by all means.

*Emmanuel Onwubiko is head of the HUMAN RIGHTS WRITERS ASSOCIATION OF NIGERIA and blogs@www.huriwanigeria.com, www.thenigerianinsidernews.con, www.huriwa@blogspot.com.

Wed Apr 21 , 2021
544 By Peter-Claver Onwudike.   Nigeria in recent times has witnessed an unprecedented level of insecurity. This has made national security threat to be a major issue for the government and has prompted huge allocation of the national budget to security. In order to ameliorate the incidence of crime in […] 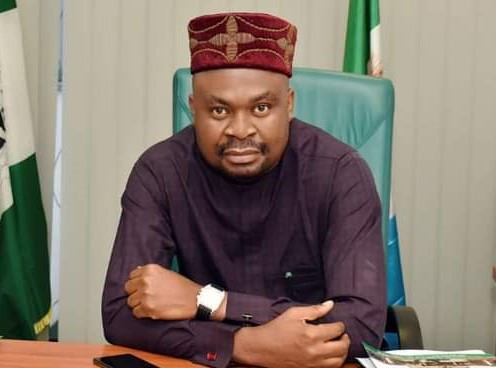