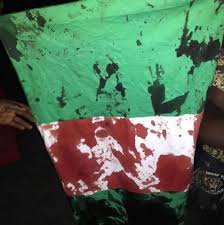 Piqued by the emerging video evidence of attacks of peaceful protesters by the Nigerian Army and the reported killings of protesters by armed  thugs clearly sponsored by armed security forces and the central government in Abuja,  HUMAN RIGHTS WRITERS ASSOCIATION OF NIGERIA (HURIWA) has asked the United States government to designate the current federal administration in Abuja as a State sponsor of terror and take steps to stop the state sponsored terror attacks against civilian protesters.

Besides, the Rights group said it was suspending forthwith all active partnership with the current hierarchy of the Nigerian Army until all those who opened fire at civilian protesters in LEKKI LAGOS and those who funded the armed attacks of peaceful protesters are arrested, prosecuted and punished just as HURIWA has asked that the USA, CANADA, UK and EU imposed travel ban on President Muhammadu Buhari-led administration and all state officials who are heading all the segment of the security forces for colluding and funding terror attacks against civilian protesters.

HURIWA  stated that undsr the VIENNA DECLARATIONS on internal military operations the following are unambiguous: “The “hard core” of human rights meaning that certain fundamental rights laid down in International Human Rights Laws  instruments can never be derogated from. In particular, these include the right to life, the prohibition of torture and inhuman treatment or punishment, the prohibition of slavery and servitude, and the principle of legality and non-retroactivity of the law.

“Since IHL applies precisely to exceptional situations, the “hard core” of IHRL tends to converge with the fundamental and legal guarantees provided by IHL. Article 3 common to the four Geneva Conventions of 1949, applicable in non-international armed conflicts, provides a good summary of these “hard core” rights, setting the minimum basic rules regulating the use of force when internal violence attains the threshold of an armed conflicts.

To be effective, international treaties and conventions must be incorporated into national legislation. Becoming a party to international treaties and conventions is only a first step. States have a clear obligation to adopt measures implementing the international regulations they subscribe to. While this is true of any rules, it is even more crucial for rules governing warfare and law enforcement, since the latter are meant to regulate the most intricate and intimate sphere of sovereignty: the use of force.

To prepare an environment conducive to compliance with the law, the political leadership must take a whole range of measures and implement them throughout the chain of command. Some of these measures are relevant to LOAC and IHRL alike, while others are more specific to LOAC. For additional guidance, see Chapter 11, Strategic control of armed conflict.

The process is clearly interdisciplinary and normally involves several ministries, the legislature, the courts and armed forces or law enforcement bodies. It therefore needs careful planning by the highest political authorities and close coordination within several bodies.

Political authorities must take a number of measures, some of relatively common sense, others requiring complex implementation processes and specific expertise. The main measures are:

� to have the international treaties and conventions translated into national language(s);

� to spread knowledge of their provisions as widely as possible, both among arms carriers and among the population as a whole;

� to bring national legislation in line with the provisions of the international treaties and conventions and to enact criminal legislation prohibiting them.”

Wed Oct 21 , 2020
380 By HURIWA.   Widespread protests against Nigeria’s police brutality and bad governance have turned violent as demonstrators have been attacked by armed gangs in the streets of several cities, according to media reports. According to Amnesty International, which accuses the police of using excessive force against the demonstrators, since […] 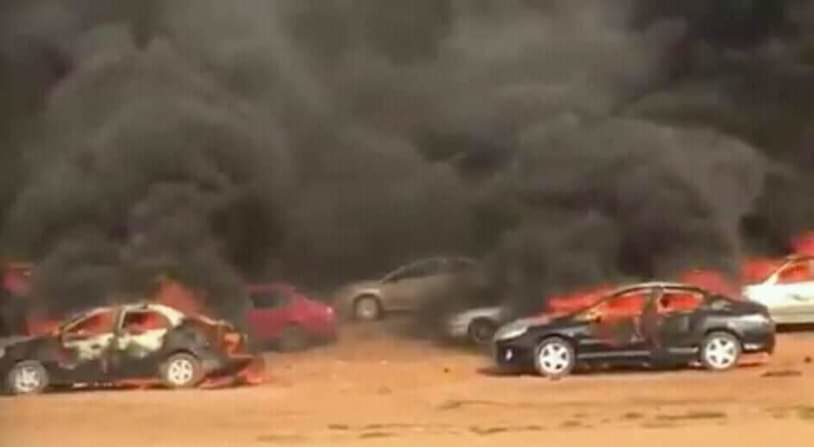