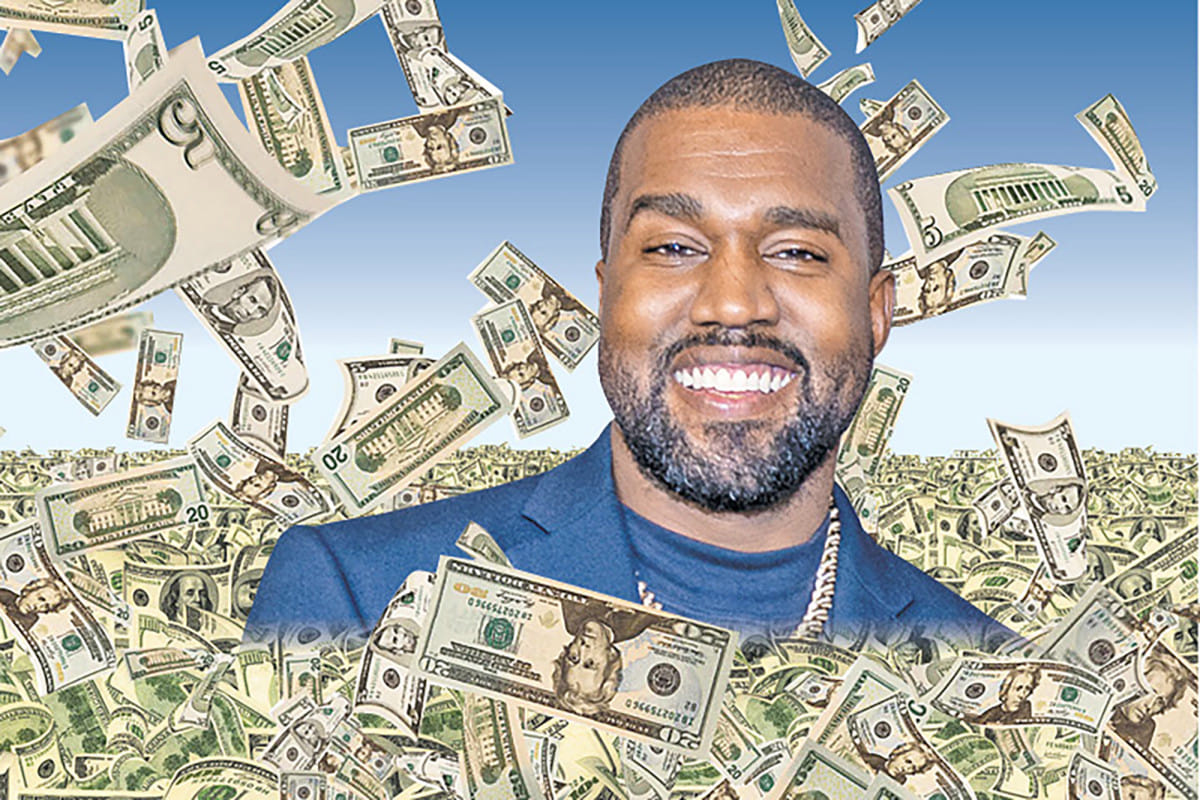 He is certainly not as rich as King Mansa Musa, who ruled over the Mali empire between the 13th and 14th centuries. His worth is estimated to have been 400 billion dollars. He was a devout Muslim, and it is said that his generosity with gold during his pilgrimage to Mecca around 1324 AD created a massive 10-year gold recession in Mecca and its environs.

Wire me small money now and see if I will not thank you the way Prosper thanked Frank (Basket Mouth) in one of the episodes of MY FLATMATES. However, while I like money, I don’t give a damn about it. Wondering what the difference is? Let me explain.

I don’t give a damn about money because money is indeed a “tainted thing,” as Jesus would describe it in Luke 16:9. So much wisdom is needed to use it properly. Not many rich people have got this delicate wisdom required to use money well.

Much of what I see among rich people in Nigeria is the desperation to gather and gather and keep gathering money. How many houses and lands must you grab in Abuja before you build an estate for the poor, or at least lower the price of your rent so that poor people can afford a place to stay?

Many rich people in Nigeria do not care about the wise counsel of Jesus in Luke 12: 15: “an individual’s life is not made secure by what he owns, even when he has more than enough.” Many rich people in Nigeria have not learnt how to use their money to “buy” the real and lasting treasures of eternal life, as Jesus urges in Luke 16. For many Nigerian Christians, charitable giving is limited to enriching pastors.

I am not saying giving money to religious leaders is a bad thing. I am not so fresh, neither am I the daddy of fresh people. Rather, what I am saying is that it never occurs to many of us that Jesus was more particular about almsgiving to the poor than he was about putting money in the temple or giving it to temple functionaries.

As I boast thus, I sorrowfully and shamefully recognize that there are millions of Nigerians who are too poor to not give a damn about money. Woe to me! Woe to all rich people too engrossed in endless gathering to care about the poverty all around them. Woe to the looters and public thieves of Nigeria!

Woe to politicians who continue to steal our common patrimony! As Proverbs 22:16 curses: “he who oppresses the poor to increase his own wealth or gives to the rich, will only come to want.” It may not be financial want. But what about the lack of simple peace of mind?

Living in a “cancel” culture we need many Kanyes to keep reminding us about the meaning of courage. Let’s quickly talk about JESUS WALKS, my greatest gospel rap song ever! I can connect with almost every syllable of the song.

First a warning. JESUS WALKS (go check it out) is not for the never-sinning, all-solemn, always holy, Christian. It is for the Christian, who like me, never quite measures up to the standard of Christianity.

I am the Christian who desperately needs God to show me the way because as Kanye says of himself, “The devil’s always trying to break me down.” I am the Christian whose feet are always failing him. Forget the fact that I wear the collar and parade around with people calling me FATHER, I struggle, I sin, I stumble—often.

While the jury is still out as to whether we should call JESUS WALKS gospel or not, in 2019, Kanye released a rap gospel album—the one that recently won a Grammy. In that album, he praised Jesus, proclaimed him King, and defied much of America’s secular status quo.

In this JESUS IS KING album, he openly praised Chic-Fill-A for daring to keep up their tradition of closing for business on Sundays in a super-capitalist socio-context. However, much more than praise a franchise, Kanye proclaimed God as “his light in the darkness.” He thanked Jesus for saving him from insanity.

He talked about Christianity not being a religion but a revolution of true freedom, healing and salvation. Wow!!! All these fiery lines are to be found in GOD IS, the fourth song of the JESUS IS KING album. It is the song to watch out for—theologically speaking. I am a theologian; I kid you not!

JESUS IS KING is everything that Kanye represents. His uncommon courage. His brutal openness about his life and his views, even if they go against the grain. “Nothing worse than a hypocrite,” he raps in HANDS ON. Kanye West is no hypocrite. Kanye is also no perfect man.

He is at home with his imperfections, and thus he never accepts the “role model” tag Hollywood always desperately wants to heap on her celebrities. It is for all these reasons that he is so hated by HOLYWOOD. They call him crazy. They call him insane. He doesn’t give a damn. I love him for that.

Hollywood never gives him a chance. Can you imagine that the same Hollywood that literally worships money, did not even tweet a line of celebration for Kanye’s newly calculated $ 6.6 billion? I heard that that money is two times more than Jay-Z and P. Diddy’s net worth put together.

11 years ago, in DIAMONDS ARE FOREVER, Kanye rapped what has now come to pass. “It will take more than a magazine to kill Kanye’s vibe” (paraphrased). Magazine is an ammunition storage and feeding device for guns. It is also one of the place journalists spew half-truths and biases. Talk about the depth and poetry of rap. It is why I love the genre.

I must conclude with a disclaimer. I am not saying that I agree with everything that proceeds from the mouth of Kanye. I did not agree with him running in America’s presidential election last year, even though I secretly wished he won.

I certainly don’t agree with Kanye implying that Africans voluntarily chose to remain chained in the chords of slavery for 400 years. I only agree with him if what he meant was that slavery must never be reduced to ‘white people evil and guilty versus all black people good and innocent.’ That thinking is not just simplistic; it is wrong.

I am certainly not also happy that Kanye and Kim Kardashian are getting a divorce. I pray they reconsider. I heard Drake is already warming up to take over from where Kanye stopped. Can someone tell Don Jazzy to also warm up? It does not seem his dream with Rihanna will ever come to pass.

Besides that Rihanna too slim for our egbon na. Maybe Burna Boy now stands a better chance with both Kim and Rihanna. After all, he is now TWICE AS TALL, standing upon a plaque Kanye pissed on last year. I swear, no beef on my mind, no Mohican.

‘We Are All Together’

Fri Mar 19 , 2021
433 By Femi Adeshina.   Those who are younger than 55 or thereabouts may not easily get the joke in the expression, ‘We are all together,’ which I’ve chosen as headline of this piece today. The event happened 45 years ago in the country. A drunken military officer, Lt Col […] 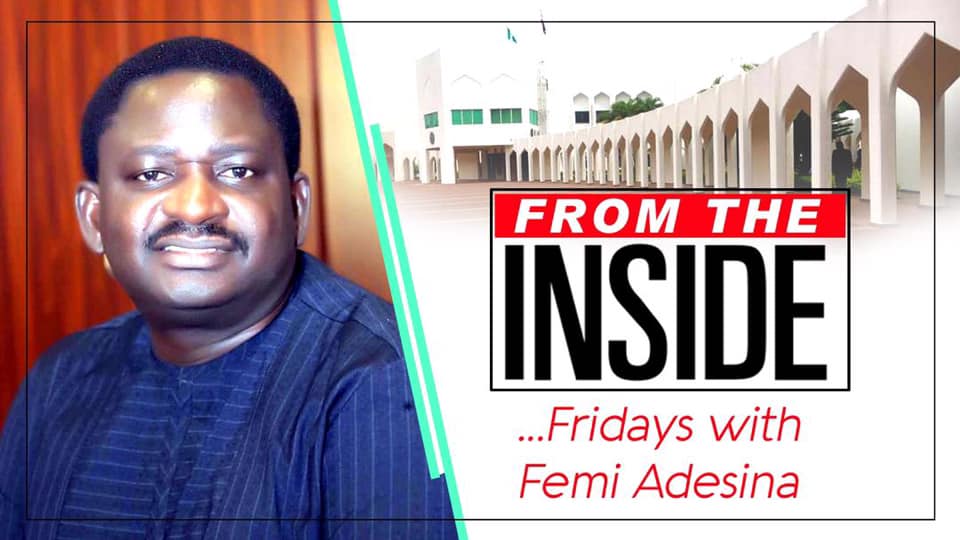