The choice of George Peace Chinwendu as winner of the 2021 edition of Face of Success; an annual Beauty Pageant to help empower and promote young and upcoming ladies did not come as a surprise to many observers and stakeholders in the Africa’s entertainment industry.

Amongst the other contestants that participated in the pageant, the light-skinned trailblazer, who rode on the crest of the desire for the advancement, development and security of lives of the vulnerable was crowned Queen after biting other contestants in intellectual assessments and personality.

George Peace Wendy, as she is fondly called, is versatile, strong and persevering. Today, her antecedents and doggedness would always remind you that hard-work, determination and God’s grace are the key ingredients that have propelled her to being adjudged a testament of the ‘African Dream’.

Prior to becoming the Face of Success, the trailblazer, CEO of Wendy Enterprises and brand influencer has participated and won several pageants such as Heritage Queen Africa-Tourism, Queen of Aso Nigeria, Most Beautiful Girl in Abuja Tourism, Face of IMT, just to mention but a few.

Her success is underscored by her humanitarian landmarks and leadership attributes. Energetic and often working tirelessly, one cannot wonder how she manages to cope with her academics. Since becoming the Face of success, Queen Wendy P has continued to express her interest in advancing advocacy campaigns geared towards protecting and preserving the dignity of the Girl-Child through pro-activeness in initiating and partnering on a number of women’s and Girl-Child reproductive projects.

Queen Wendy noted this in an exclusive interview during when the focused, dynamic natural leader and excellent communicator laid emphasis on various focal areas, which include discriminations, exploitations, inequalities and violence in all forms.

Recognizing that being a beauty queen is not just a title but a sign of great responsibility; the Enugu state-born entrepreneur revealed that she will carry the crown with utmost dignity and will use the platform at her disposal to work towards widespread and availability of means, resources and opportunities in helping the GirlChild while not forgetting the BoyChild.

Continuing, the very assiduous and result oriented Wendy P, whose glittering innovations have been well laid by her unique pedigree asserted that she will initiate an organization through which she will, within the course of her reign and beyond create an enabling environment wherein the rights of women and other vulnerable groups are guaranteed.

“I will start up an organization through which I will be able to carry out several advocacy campaigns and outreach programmes to ameliorate the plight of women and the venerable, while developing consciousness of their dignity, especially the Girl-Child and BoyChild who are being raped or molested. I just want to uplift them because they are no different from others”, she explained.

Beyond this, Miss George is also upbeat about discovering and encouraging talented female youths in Nigeria and beyond to participate effectively in championing gender empowerment campaigns in Nigeria  so as to underscore the disappointment of girls with the stewardship of our planet, the unabated violence directed against them and the slow pace of change in fulcrum issues like education.

Highlighting that the last 26 years “have shown what is needed to accelerate action for equality, the undergraduate of Business Administration believes that as cause for hope, growing support in tackling gender-bias barriers, a ‘driving will’ for an equal world for everyone regardless of class or gender across generations and countries is pertinent.

“We don’t have an equal world at the moment and women and girls are angry and concerned about the future. They are radically impatient for change. It’s an impatience that runs deep, and it has been brewing for years”, the beauty queen noted.

Again, Queen Wendy clearly expressed that The Beijing Declaration and Platform for Action, which has been described as the most progressive blueprint ever for advancing the rights of not only women but girls calls for a world where every girl and woman can realize all her rights, such as to live free from violence, to attend and complete school, to choose when and whom she marries, and to earn equal pay for equal work.

The Queen further explained: “In nearly 26 years, we have seen more girls move from dreaming to achieving. More girls today are attending and completing school, fewer are getting married or becoming mothers while still children and more are gaining the skills they need to excel in the future world of work.

Additionally, she informed that girls are breaking boundaries and barriers posed by stereotypes and exclusion, including those directed at children with disabilities and those living in marginalized communities.

“As entrepreneurs, innovators and initiators of global movements, girls are creating a world that is relevant for them and future generations. There is need therefore to create an enabling environment and opportunities for the socio-economic empowerment of women”, Queen Wendy added.

Another area of concern for Queen George Peace Chinwendu is the fact that despite these inherent attributes, women empowerment is still a burning issue in the polity. According to her, this is in recognition of the vast number of women with little or no education and skills to enable them support their livelihoods or to become active in the mainstream economy of the country.

For her; “when you invest in a girl’s education, there are vast social and economic benefits. Girls who are educated are less likely to become victims of violence and they are also less likely to become child brides and child mothers. Educated girls contribute to their country’s economic growth. The impacts are multi-generational, too. Women typically reinvest 90% or more of their income into their families”.

No doubt, the progress since the Beijing Declaration is remarkable, but Wendy still believes that girls around the world – especially those living in rural areas or humanitarian settings and those with disabilities – still need us to stand with them to achieve their full potential.

Giving her passion and enthusiasm so far, Queen George Wendy Peace is a big boost to improving the already strong dynamism and functionality in redefining the essence of Modelling and beauty pageants in Africa. 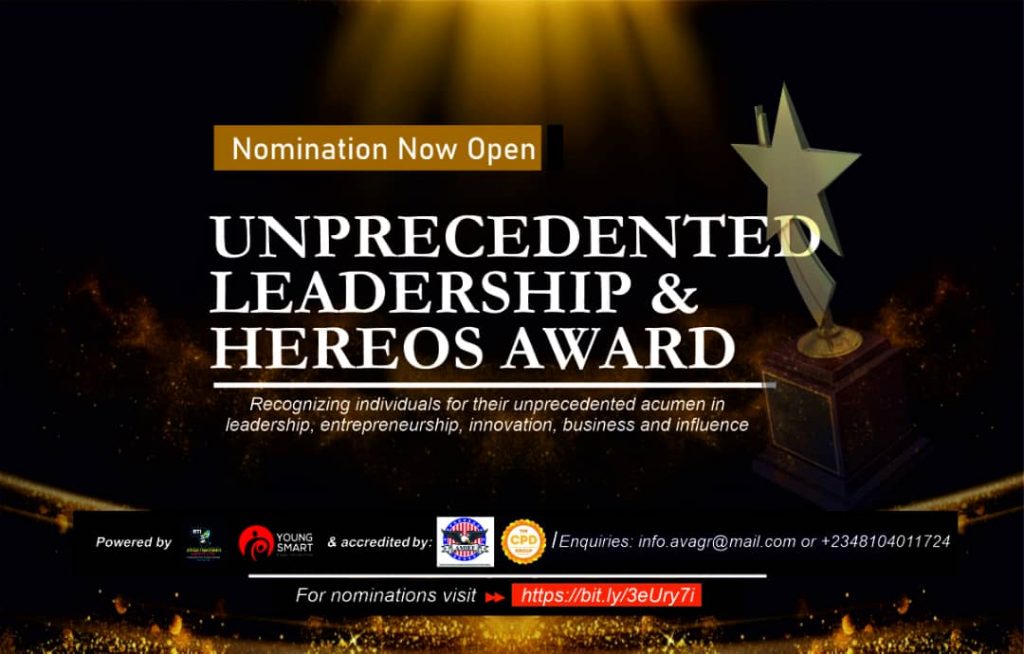