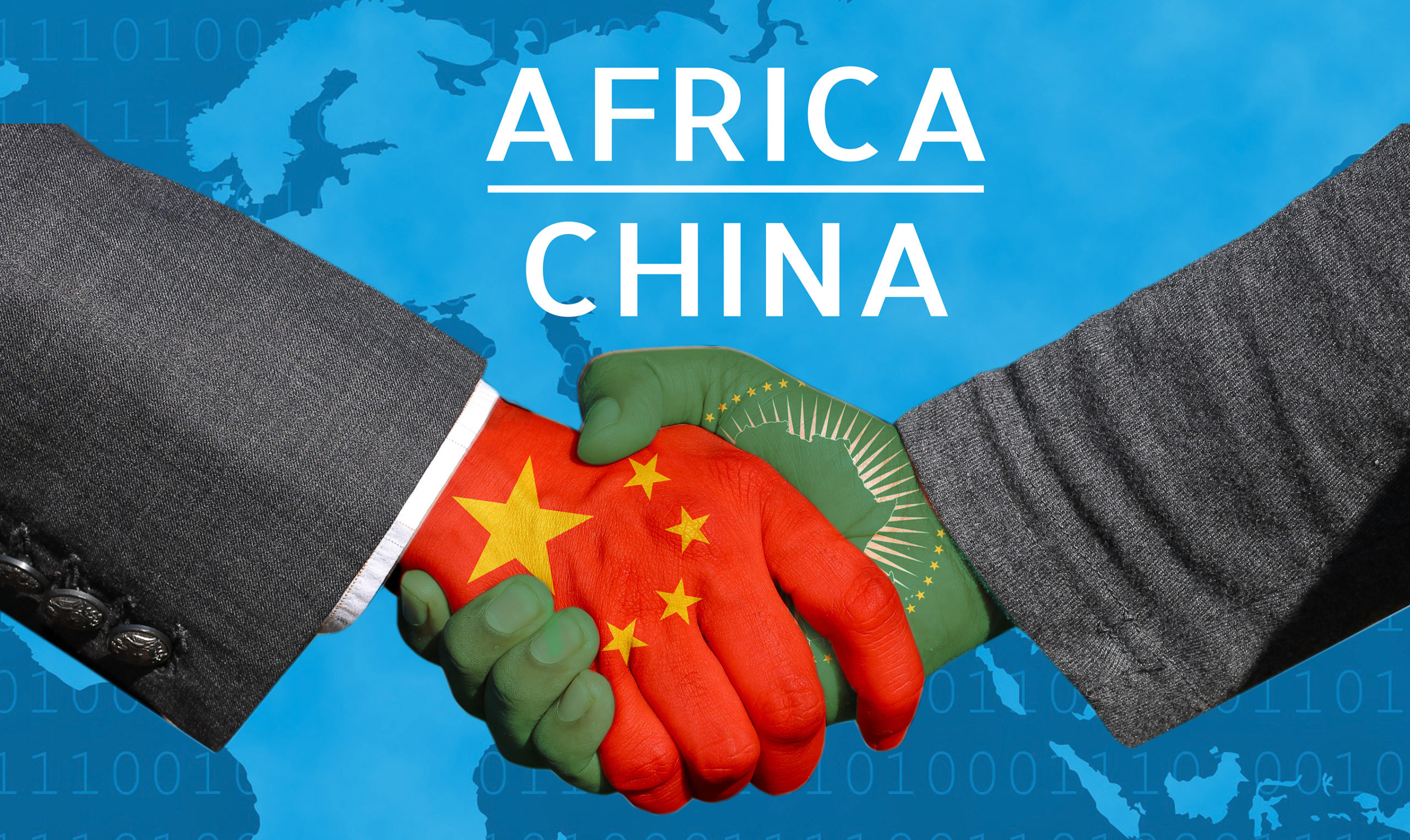 Having reportedly contained coronavirus within China, concerns have grown in the past weeks over the so called second wave of the virus, allegedly brought into the country by overseas travelers, necessitating China to put strict measures to avoid a new wave of cases.

Sadly, what appeared as restrictions to avoid fear of reinfection in Guangzhou, allegedly came across as racism towards Africans with so many being barred from places such as hospitals and shopping malls, forced out of their homes and hotel rooms, facing violence in the streets.

In Guangzhou city, home to the largest African diaspora in Asia, hundreds of African migrant workers, traders and students were allegedly subjected and enforced to a 14-day quarantine and random testing without getting their results.

Since the alleged mistreatment, there has been growing tension between Africa and China with fears that the aged long relationship between the two parties may be heading towards destruction. Africa and China have become entwined over the past decade with the latter building roads and railways across the continent.

China has uncountable times emphasised the importance of its alliance with Africa but the recent happening poses a threat to relationship of the two parties. Guangzhou which reportedly became a target of suspicion for African population left many of them in subjection to forced evictions, arbitrary quarantines and mass testing in light of the coronavirus crisis with some restaurants and fast food joints in China issuing a public notice barring black customers’ entry with a claim that it was responding to local regulations.

Besides, the circulation of photos, videos, and other accounts that surfaced on Twitter and Facebook depicting young African migrants being forced to leave their homes and hotels raised many questions if truly there is any special relationship between the two parties.

The incidence has since sparked reaction in Africa with social media users taking to Twitter under the #tag ‘ChinaMustExplain’ to voice their anger, frustration and concern. Sensing the severity of the crisis and the surging outrage, African politicians began to call in Chinese Ambassadors to their foreign ministries to express their concern.

Although, Nigeria and other African countries have been enjoying very good relations with China over the years, there are fears that the relationship may grow sour as African governments are reacting angrily to the apparent rise in anti foreigner sentiment, as videos of their citizens being harassed by police, sleeping on the streets or being locked into their homes under quarantine circulated online surfaced.

African governments have been quick to demand answers from China on the treatment of their citizens with countries such as Uganda and Ghana recently summoning their respective Chinese Ambassadors over what the Ghanaians called “the inhumane treatment being meted out.”

Meanwhile, the Foreign Ministry of South Africa, which is currently chairing the African Union, said it was “deeply concerned” by the reports. Despite all these, the Chinese government dismissed the allegations leveled by African and US diplomats that foreigners of African appearance in the city of Guangzhou were being subjected to forceful testing for coronavirus, quarantine and ill treatment.

Foreign Ministry spokesman, Zhao Lijian said “We do not have discrimination in China against Africa and others’” accusing the United States of trying to exploit the issue to harm Beijing’s relations with African nations.

A group of African Ambassadors in Beijing had earlier written to China’s State Councilor; Wang Yi drawing attention to the discrimination that Africans were encountering in Guangzhou, capital of the southern Guangdong Province.

After which the US consulate in the city also issued an alert to citizens, advising African-Americans to stay away from the Guangzhou metropolitan area, warning that the city’s authorities had told bars and restaurants to refuse to serve people who “appear to be of African origin” and launched mandatory tests and self-quarantine of anyone with “African contacts.”

But denying any such discrimination, the foreign ministry spokesman reiterated that China treats all foreigners equally. “It is irresponsible and immoral for the US to sow discord,” Zhao said. “Its attempt to drive a wedge between China and Africa will never succeed.”

The Ambassadors’ note highlighted a number of reported incidents, including that Africans were being ejected from hotels in the middle of the night, having their passports seized, and threatened with revocation of visas, deportation or arrest.

While that is seen to be a threat to China relationship with some African countries, after extensive meetings, some African leaders have come up to state that the incidence does not portray any fear in the relationship between China and the continent.

In Nigeria, the government has blamed the alleged ill-treatment of the citizens in China on lack of proper communication between the Chinese authorities and African consulates in Guangzhou, saying that both the Nigerian and Chinese authorities were working closely to resolve the issue.

The Minister of Foreign Affairs, Geoffrey Onyeama said in Abuja that poor communication was responsible for efforts made by Chinese authorities to contain an incident of a lady who tested positive for the 2019 novel coronavirus, citing a video in both Igbo and English languages, which he explained that the situation was not quite what was seen in the video of the alleged maltreatment of Nigerians. Onyeama noted that there was a flight which conveyed a group of Nigerians to Guangzhou in which some Nigerians on the flight tested positive for COVID-19.

He added that amongst the Nigerians, was a lady who owned a restaurant in Guangzhou, who had tested positive. He added that the restaurant owned by the infected Nigerian was frequented predominantly and almost exclusively by Africans and Nigerians, adding that the Chinese authorities obviously picked up on this because there was this group of people who had tested positive allegedly patronising the restaurant.

“And so, automatically the Chinese authorities demanded and insisted that they all be quarantined, with nobody allowed to come out in 14 days and that if anybody came out from that quarantine, that they should not be allowed in, if it was a hotel, back into that hotel or that residence.

“So, they put in very, very strict measures to try to contain this outbreak which to them at that time, clearly seemed to have been within that community. “Now, it was misinterpreted it appeared, by some of the Nigerians and Africans,” Onyeama said.

To China, nothing has changed in its policy of friendship towards Africa. The Chinese Ambassador to Nigeria; Dr. Zhou Pingjian said the people of China respected and admired the working cooperation between China and Nigeria, saying that China would never forget the invaluable support it received from Nigeria during the most challenging stage in the fight against COVID-19 in China.

“The Minister, I should say, has said all that. We are totally on the same page,” he said. Besides, a news source from Guangdong Province, newsgd.com defended that the containment measures carried out was in accordance with the law, irrespective of inbound travelers’ nationalities.

It stressed that Guangdong has strengthened health management services for foreign nationals since March, and spared no efforts to safeguard the local residents and expats. Cities across the province have implemented targeted containment measures and achieved positive results. “As a mega-city, international trade center and integrated transportation hub, Guangzhou, in particular, has a larger flow of arrivals from high-risk countries.

The city has recently adopted relatively strict control measures for all inbound travelers, regardless of their nationalities or where they come from. These measures are bringing good effects. “On the control of imported cases, the province strictly abides by relevant international conventions and practices, and has formulated control measures according to relevant Chinese laws and regulations.

“We attach equal importance to the safety and health of all people coming to Guangdong, respect their religions and customs, and the same epidemic control measures are applied to all inbound travelers. “We also give full consideration to the legitimate concerns of the concerned individuals, provide necessary protection and assistance, resolve reasonable claims properly and safeguard their legitimate rights and interests.

These practices fully reflect the spirit of international humanitarianism, equality and friendship to foreigners coming to Guangdong. “We are firmly opposed to any discriminatory practices against specific groups of people, and won’t tolerate any discriminatory behavior. In the implementation of epidemic control measures, we always adhere to the same principles without exceptions,” it added.

Mon Apr 27 , 2020
314 By Agbonsuremi Okhiria .   Covid 19 has, and will change things forever around the world. Many airlines will not fly again. Some airlines in Europe are already raising the red flags. Many other businesses will not come back unless government will help with some re-start packages. The economies of […] 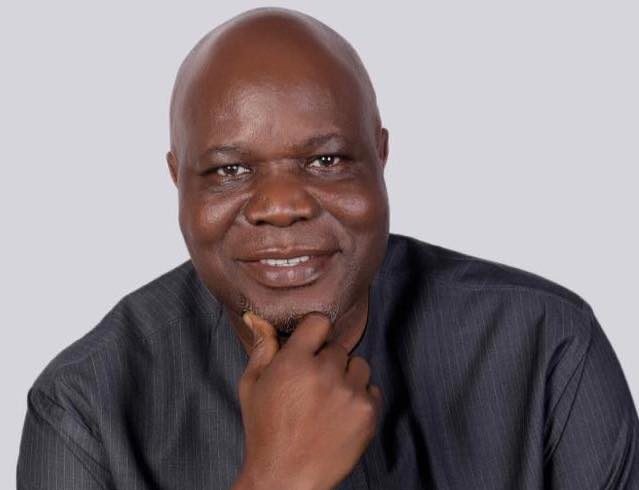